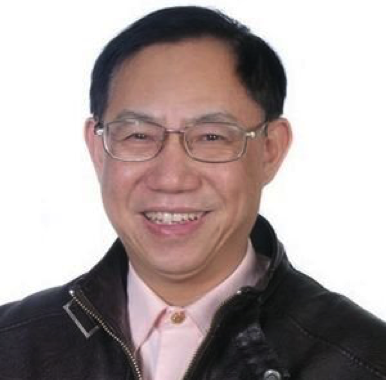 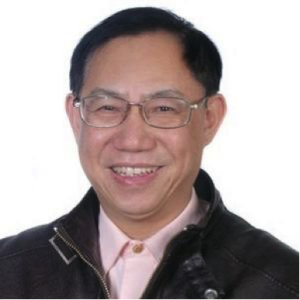 Beijing-based dissident and activist, Hu Shigen (胡石根), was arrested on January 8, 2016, on suspicion of “subversion of state power.” Hu was first taken away on July 10, 2015, during a nationwide crackdown on human rights lawyers and their supporters. He was criminally detained the next day, but his family did not receive any notice regarding his detention. Hu’s lawyer and family visited the local police station multiple times trying to locate him, but they did not succeed until three months later. In October 2015, they found out Tianjin police had transferred him on August 7 to “residential surveillance at a designated location,” where he was held on suspicion of “inciting subversion of state power” and “creating a disturbance” before being formally arrested on another criminal charge. After his arrest, police confirmed that Hu was being held at Tianjin No. 1 Detention Center.

In June 2016, Tianjin police recommended Hu be indicted, and his case has been transferred to prosecutors for review. Tianjian No. 2 People’s Procuratorate indicted Hu on charges of “subversion,” according to a post on the procuratorate’s weibo account dated July 15. On August 3, 2016, Tianjin No. 2 Intermediate People’s Court tried and convicted Hu of “subversion.” His trial came a day after the hearing for activist Zhai Yanmin, who was convicted but given a suspended sentence. Following Hu Shigen’s short trial which his family was blocked from attending, CCTV claimed that Hu pled guilty and would not appeal his sentence. The court released a transcript of the hearing, in which the procuratorate accused Hu of organizing religious activities that allegedly “subverted” state power. From the court transcript, authorities accused Hu of working with activist Zhai Yanmin on advocacy campaigns around “politically-sensitive” cases. It claimed that lawyer Zhou Shifeng (周世锋) used the Beijing Fengrui Law Firm as a platform to launch these activities, and that lawyer Li Heping (李和平) used money from an overseas NGO to fund such activities. The accusation said Zhai led petitioners in these activities and Hu led a religious group, which Gou Hongguo was a part of. Hu was charged with meeting with Zhai Yanmin, Zhou Shifeng, Li Heping, and 15 others at a restaurant in Beijing on February 1, 2015 to organize such activities, a meeting that public security officers had managed to record. Authorities accused Hu of sending Gou Hongguo to an overseas training in Taiwan hosted by a US-based NGO.

Following Hu’s conviction and transfer to Tianjin Changtai Prison, his family was granted their first visit with him in November 2016, and afterward raised concerns about his health. His physical condition has only worsened during his incarceration, in part due to the poor environment inside prison. Hu, who was 60 years old when sentenced, was hospitalized twice before his trial due to coronary heart disease, and he also reportedly suffers from high blood pressure, chronic bronchitis, fatty liver disease, and other conditions. His family applied for Hu’s release on medical parole within a month of his transfer to the prison. However, authorities responded that such a release was unlikely since other “709” cases had not yet been concluded. As of July 2017, officials had twice sent him to the hospital for emergency medical treatment. Reportedly, authorities had promised Hu that he would be granted parole and outside medical treatment if he pleaded guilty, but have not approved his release.

In January 2018, Hu’s family learnt that he had been transfered from Tianjin Changtai Prison to the prison’s hospital on January 18 for treatment for coronary heart disease and for a medical examination. Prior to this hospitalization, Hu reportedly was in severe discomfort, chest pain, and could only sleep while sitting up. The family submitted an application on January 21, 2018 for release on medical parole, but were immediately told that “now is not the time” and that they must wait for the 709 cases to conclude. Hu received a visit from his elder sister in early November 2018. Reportedly, Hu has been detained continously in the hospital wing of the Tianjin prison because of his health and authorities refused to grant him medical parole while the case of lawyer Wang Quanzhang remained outstanding.

In early 2020, reports came out that Tianjin Changtai Prison began preparing the procedures to release Hu on medical parole. Hu’s family had tried for years to secure his release for medical reasons which had been repeatedly denied, so they are afraid his condition has seriously deteriorated. The family members and lawyers have still not been given any copies of Hu’s medical reports since he was detained in 2016.

Hu, a Christian, and fellow activists Liu Yongping (刘永平) and Gou Hongguo (勾洪国), who were all detained in the July 2015 crackdown, are members of underground churches in Beijing. Hu has been a leader of such churches, including the Sheng Ai (圣爱) Fellowship and the Yahebo (雅和博) Covenant Church. In an interview given in June 2015, one month prior to his disappearance, Hu said that the Yahebo Church has been under constant police pressure in the last two years, with its weekly congregations disrupted and church activities stopped.

Hu Shigen, born on November 14, 1955, in Jiangxi Province, graduated from Beijing University with bachelor and master degrees in Literature, and later taught at Beijing Language Institute (now Beijing Language and Culture University). A member of the Independent Chinese PEN Center, Hu took part in pro-democracy activities after the 1989 Tiananmen Massacre, both organizing the China Free Democratic Party (中国自由民主党) and establishing the China Free Labor Union (中国自由工会). He was detained in June 1992, after helping organize a distribution of leaflets near Tiananmen Square with information about the events of 1989. In 1994, a Beijing court sentenced Hu to 20 years in prison for “organizing and leading a counterrevolutionary group” and “counterrevolutionary propaganda and incitement.” Hu was released in 2008 after 16 years, having endured severe torture in prison and at one point falling critically ill. Following his release, Hu resumed advocating for human rights, democracy, and rule of law and in retaliation faced surveillance, house arrest and intimidation. Police secretly detained and beat him during the call for “Jasmine Rallies” in 2011, and he was also detained for about a month in the summer of 2014 for attending the same June Fourth seminar as lawyer Pu Zhiqiang (浦志强).