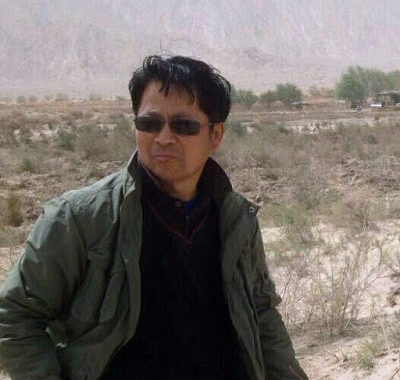 Nine individuals in Suzhou in Jiangsu Province remain in police custody after being detained in an extended police operation that began last September. Of these, eight are under “residential surveillance at a designated location” (RSDL), including one man detained this week, and another has been formally arrested. The crackdown in Suzhou began when police seized demonstrators outside the Suzhou City Intermediate People’s Court on September 8, 2016. The individuals were protesting alleged mishandling of the case of Fan Mugen (范木根), whom the local court had sentenced in May 2015 to eight years in prison for killing two crew members of a demolition team that destroyed his home. Some of the detainees allegedly posted “politically sensitive” messages online around the suppressive period of the G20 Summit, which was held in early September 2016 in nearby Hangzhou. Since November, police have detained more individuals, all of whom have been supporters of Fan Mugen or other victims of forced demolitions.

Below are details on the nine cases, listed in reverse chronological order of detention date:

In addition, the three individuals below have been released following periods of RSDL, having been detained after taking part in the protest outside the Suzhou courthouse in September 2016.

These cases involve tactics that authorities have commonly employed against rights defenders in China, such as in the “709” Crackdown against human rights lawyers: extensive use of “residential surveillance at a designated location” to “forcibly disappear” detainees; an absence of official notification to families of detention status and criminal charges; suspected “forced dismissals” of defense lawyers; and denial of lawyers’ visits to their clients on grounds that detainees are accused of “endangering state security” crimes. There is reason to fear that individuals being secretly detained in these cases are at risk of torture and mistreatment.

Few of the detainees in Suzhou are known to have been accused of “endangering state security” crimes, such as “subversion” and “inciting subversion.” As such, the use of RSDL and denial of lawyers’ visits clearly represent an abuse of police power. Many of the detainees instead have been held on suspicion of “disrupting court order,” a charge that was amended in 2015 in the 9th Amendment to the Criminal Law. The UN Committee on Torture has called the altered provision “overbroad” and open to “abusive interpretation and application.” RSDL, which is stipulated under Article 73 of the Criminal Procedure Law, has been widely criticized as constituting “enforced disappearance.” Most recently, 11 countries described it as “incommunicado detention in secret places” in a letter sent to the Chinese government on February 27, 2017, and called for an end to the practice.

Xinjiang police criminally detained a retired judge, Huang Yunmin (黄云敏), on March 12 on suspicion of “inciting ethnic hatred and ethnic discrimination.” Those familiar with the case said the detention is retaliation against Huang for helping local residents prepare and pursue legal complaints over what they view as unjust court verdicts and rights violations. Police in the city of Tumxuk (图木舒克) in Kashgar Prefecture reportedly seized Huang when they suspected that he was going to accompany farmers to Beijing to present grievances during China’s major legislative sessions in early March. It is unclear why Huang, 58, is facing such a serious criminal charge (Criminal Law, Article 249), which carries a maximum sentence of 10 years. In the past few years, however, Xinjiang authorities have filed serious criminal charges against activists and dissidents and meted out harsh sentences, notably in the cases of Ilham Tohti (伊力哈木.土赫提) and Zhang Haitao (张海涛). Huang, who police have also accused of having pornographic images on his cellphone, is being held at Tumxuk City Detention Center in the Third Division of the Xinjiang Production and Construction Corps brigade.

Huang Yunmin served a five-day administrative detention just prior to being criminally detained. For years, he has helped disenfranchised groups, particularly agricultural workers and retired military personnel, file complaints against the local government. Beginning in the 1990s, Huang served as a judge on the Third Agricultural Army Brigade People’s Court in Tumxuk, and rose to head its human resources department before reportedly being pushed out of his post in 2006. According to his family, higher-level officials had pressured Huang to quit his job after he had criticized judicial bureaucracy and exposed court corruption. 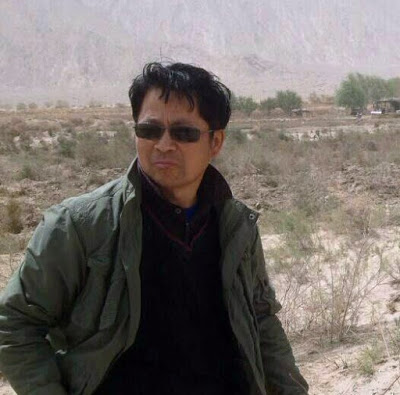 Former judge Huang Yunmin has been criminally detained in Xinjiang for helping ex-military personnel and farmers pursue their grievances.

In February, authorities released new regulations and measures which will limit free expression and restrict activities on the Internet, fortifying major legislation passed or introduced by the Chinese government in 2016 (see more on laws related to cyberspace in China in CHRD’s most recent annual report, pgs. 14-15).

China’s Supreme People’s Court (SPC) issued a statement on February 6 that outlines methods for public security forces to “protect judicial personnel” if anyone “disrupts court order” by holding banners, shouting slogans, or engaging in other activities near a courthouse. The guidance issued by the court is likely to further restrict assembly and expression rights. The statement lists disciplinary measures to be taken against individuals who engage in such behavior, including expulsion from the area and fines. The SPC also states that individuals should be held criminally responsible if their acts constitute “gathering a crowd to attack government organs” or other assembly “offenses.”

Also in February, authorities tightened control over information-sharing on the Internet. Beijing authorities ordered Pear Video (梨视频), a popular platform for sharing short videos, to conduct a “comprehensive overhaul,” according to a joint statement released on February 4 by several agencies, including the Beijing Municipal Public Security Bureau. The order came down the day after a clip was posted on Pear Video of an overturned vehicle in front of Tiananmen Square, which led police to detain two individuals for allegedly “fabricating and intentionally transmitting false information about terrorism.”