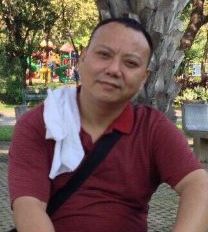 Crimes: “Subversion of state power” and “assisting others to illegally cross national borders”

Jiang Yefei, a longtime rights activist and political cartoonist, was given a 6.5-year prison sentence in July 2018, following over 30 months in pre-trial custody. Jiang had been detained in November 2015 after he was forcibly repatriated to China from Thailand. When put under formal arrest in May 2016, Jiang was accused of both “organizing others to illegally cross a national border” and “subversion of state power.” The former charge is tied to assistance that Jiang supposedly gave to activist Dong Guangping (董广平) in fleeing to Thailand in September 2015 after he faced persecution in China.

Jiang originally went to Thailand in 2008, seeking safe haven after being harassed, detained, and tortured for openly criticizing the Chinese Communist Party’s response to the 2008 Sichuan earthquake. While in Thailand, Jiang continued to comment on China’s human rights situation and the government’s policies through articles posted to his social media accounts and on Boxun, a US-based, Chinese-language news website. In 2015, Jiang began producing more political cartoons for Boxun, often targeting President Xi Jinping, which reportedly prompted anonymous calls from China demanding him to stop.

Jiang and his family were granted official refugee status by the U.N. High Commissioner for Refugees in April 2015. Despite this, Thai authorities, acting under pressure from the Chinese government, seized Jiang and Dong Guangping on October 28, 2015, a decision condemned internationally. (Dong had been detained for 10 months in China after commemorating the 25th anniversary of the 1989 Tiananmen Massacre in the summer of 2014. After he was released in February 2015, Dong fled to Thailand.) The two men were handed over to Chinese police on November 13, 2015, and sent back to China. It was just days ahead of their planned resettlement as refugees in Canada, and after talks between the Thai and Canadian governments broke down.Soon after the activists’ repatriation, their family members left Thailand to resettle in Canada.

On November 26, 2015, Jiang Yefei was shown on Chinese state television “confessing” to criminal activities, including “human trafficking,” and on the video he expressed regret and appealed for leniency. In the video, Jiang appeared to have sustained physical injuries, prompting concerns that he had been tortured. His wife, Chu Ling (楚玲), has been especially concernedthat Jiang sustained an eye injury which may have severely damaged his eyesight.

Jiang has been held incommunicado since being forcibly brought back to China. Prior to his 2018 trial, Chongqing authorities pressured Jiang’s sister to dismiss lawyer Ran Tong (冉彤), whom she had originally hired to defend him. There was no way to verify whether Jiang had access to independent counsel at the trial hearing, which was held behind closed doors. After the trial, police refused to allow Jiang’s sister to visit him. In September 2018, Chu Ling filed an appeal urging the Canadian government, the United Nations, and international human rights organizations to pressure China to release her husband.

The forced repatriations of Jiang and Dong were among several such cases in late 2015, as the Chinese government wielded regional influence to forcibly bring human rights defenders to China in order to mete out state punishment. Book publisher Gui Minhai (桂敏海), a naturalized Swedish citizen born in China, was kidnapped in Thailand on October 17, 2015 and forcibly taken to China. According to Reporters Without Borders, he was sent back to China on thesame chartered flight as Jiang and Dong. In early October 2015, activists Xing Qingxian (幸清贤) and Tang Zhishun (唐志顺) were repatriated from Myanmar, apparently after trying to help Bao Zhuoxuan (包卓轩), the son of then-detained lawyers Wang Yu (王宇) and Bao Longjun (包龙军), make his way to the United States to seek political asylum.

Born on March 10, 1968, in Chengdu, Jiang Yefei was briefly detained after taking part in pro-democracy protests as a student in 1989. He became particularly active in rights advocacy prior to the 2008 Beijing Olympics and in the aftermath of the Sichuan Earthquake in May 2008. In July 2007, Chengdu security forces intercepted a package with a torch that had been mailed to Jiang, who reportedly planned to carry out a “Human Rights Torch” campaign as an alternative to the official torch relay for the Beijing Games. Police detained Jiang, who was reportedly tortured in custody, before letting him go after several months. Following the 2008 earthquake in Sichuan, Jiang publicly criticized the government for the poor construction of school buildings that collapsed, leading to his detention on May 20. Jiang again was reportedly tortured in custody, as police tried to extract a confession from him. He was seized again in August but released after several days due to lack of evidence. That September, Jiang gave an interview to the overseas “Sound of Hope” radio station and spoke of the government’s persecution of Chinese activists that occurred around the Olympics, which led authorities to tighten their surveillance over him.

Jiang fled to Thailand in October 2008. While in exile, Jiang was highly engaged as an activist, taking up leadership positions with groups based in Southeast Asia advocating for democratic reforms in China. Despite living abroad, Jiang was still targeted by the Chinese government long before his repatriation; for example, Thai immigration officials, apparently acting under pressure from China, detained Jiang in May 2009 after the activist took part in a public memorial for June Fourth victims. Thai authorities sentenced Jiang to 10 months in prison and handed down a 13,000 Thai bhat fine, but he was reportedly held in detention for three years.

“Free 1989 Pro-Democracy Figures Incarcerated Today for Keeping Up Fight for Justice,” May 31, 2017, CHRD

“In Pictures: 6.5 years in jail for political cartoonist Jiang Yefei after Thailand sends him back to China,” Hong Kong Free Press, July 26, 2018