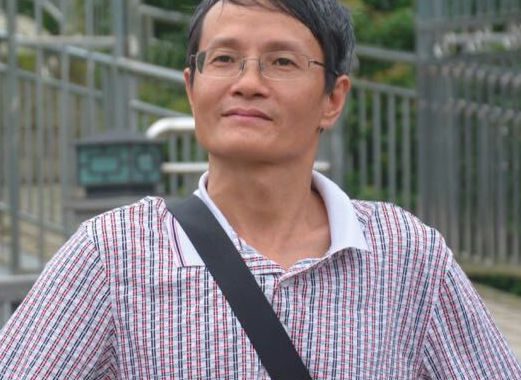 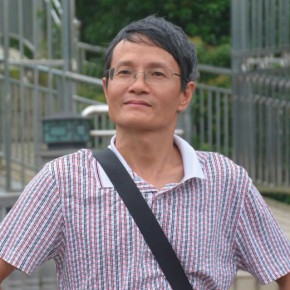 Chengdu-based activist Xing Qingxian disappeared on October 6, 2015, in Mong La, Myanmar, along with fellow activist Tang Zhishun (唐志顺) and Bao Zhuoxuan (包卓轩), the 16-year old son of detained lawyers Wang Yu (王宇) and Bao Longjun (包龙军). Bao Zhuoxuan was reportedly trying to reach Thailand to claim political asylum in the United States, and Xing and Tang were accompanying him. Burmese police, who may have been operating alongside Chinese police, seized the three from their room in the Huadu Guesthouse. Two days later, Xing’s home in Jinniu District in Chengdu was searched by local police and officers from Xing’an, Inner Mongolia, where Bao Zhuoxuan’s grandmother lives. The police seized several items and told Xing’s mother-in-law that he had been detained for illegal immigration. Xing suffers from severe asthma that requires medication, as well as rhinitis, a chronic inflammation of the nasal cavity.

After making inquiries in Inner Mongolia, lawyers received word from local authorities that Xing and Tang were in Tianjin; they then made multiple unsuccessful attempts to see them—in October and November 2015, and in January and February 2016. Authorities from the Tianjin Municipal Public Security Bureau denied the lawyers’ requests, stating that the cases are of “grave significance, hence a meeting is not allowed.” The only information about the two made public by Chinese authorities at that time had been through state media—Global Times and Xinhua—which stated the two men were suspected of “illegally crossing the national border.” On May 6, 2016, police formally arrested Xing on charges of “organising others to cross national borders” according to a notice sent to his family. It stated he is being held at Tianjin Municipal No. 2 Detention Center, the first official acknowledgement of his whereabouts since his disappearance in October 2015.

In August 2016, the UN Working Group on Arbitrary Detention released an opinion that Tang and Xing were being “arbitrarily detained” and called on China to release and compensation them. The Chinese government ignored the UN’s recommendation. Authorities continued to refuse Xing’s lawyers all requests to visit his client, and on August 23, 2016, officials at Tianjin No. 2 Detention Center told lawer Gao Chengcai (高承才) that “there is no Xing Qingxian here.” Then in September 2016, detention center officials told his lawyer, Liu Rongsheng (刘荣生), that Xing had “hired” a new lawyer and “fired” him, without providing any documentation and after refusing all prior requests from Xing’s lawyers.

Xing was released on unknown date in 2016, with the information only becaming public in late December. Xing has been living under strict police control since his release, with restrictions on his freedom of movement and communication.

Xing Qingxian, born on June 4, 1966, is originally from Guiyang, Guizhou Province. He became involved in rights defense work after filing a lawsuit in 2004 over a wage dispute and unlawful termination against a construction company where he had worked as a technician. He studied law on his own and began providing legal advice to workers who were defending their labor rights. In 2009, Xing received a two-year prison sentence for “assembling a crowd to disrupt social order” after being arrested that February with nine other activists for a peaceful demonstration held outside the Chengdu Intermediate People’s Court. The group had chained themselves together to protest what they felt were unfair rulings handed down by the court over the years. After his release in 2011, Xing continued to document rights violations, assist petitioners, and train others on rights defense work.

Opinion No. 30/2016 (China) on Mr Xing Qinxian and Tang Zhishun, in Opinions adopted by the Working Group on Arbitrary Detention at its seventy-sixth session, 22-27 August 2016, UN Human Rights Council