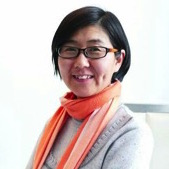 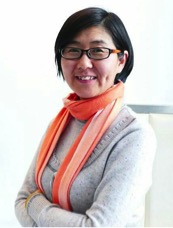 “She is a brave, forthright, selfless human rights lawyer. Most of the time she is on the road, seeking justice and defending the rights of wronged individuals, despite authorities having insulted her, stolen her phone, kicked her out courthouses, and even illegally detained her. She was never afraid, and continued to fight against violations committed by the authorities. She does not care for fame, or to make big money, but tirelessly works on many difficult and risky rights cases, in pursuit of legal justice. Her name is Wang Yu (王宇), and she is the pride of Chinese lawyers.”

In the early hours of July 9, 2015, police abducted prominent rights lawyer Wang Yu from her home in Beijing after cutting the power, taking her away in handcuffs and covering her head in a hood. That morning, Wang had returned home after taking her husband, Bao Longjun (包龙军), and teenage son, Bao Zhuoxuan (包卓轩), to the Beijing airport. The last messages she sent out were about unidentified people trying to break the lock on her apartment around 4 a.m. According to neighbors, guards told them the heavy police presence was a raid on drug dealers and that one person had already been detained. Both Wang’s husband and son were prevented from boarding their plane and taken away. Bao Zhuoxuan was later handed over to his aunt, while his parents were put under criminal detention, though police did not notify the family of her whereabouts or criminal charges. Wang’s son continued to be summoned and harassed by police while being barred from traveling and threatened not to speak to others.

In the hours after Wang Yu disappeared, more than 100 lawyers signed an open letter calling for her release. The day after the letter was released, on July 10, police launched a nationwide crackdown on lawyers, including abducting the director of her law firm, Zhou Shifeng (周世峰). Authorities targeted almost all of the lawyers that signed the letter. The police operations involved abductions, detentions, interrogations, harassment, and threats. Those released from interrogation were warned not to voice support for Wang Yu or any of the detained lawyers.

Beijing Fengrui Law Firm, which employed Wang, was the focus of a Xinhua state media article published on July 11, 2015 that accused the firm of running a “criminal syndicate” and serving as a platform for masterminding serious illegal activities to incite “social disorder” and gain “profits.” Citing the Ministry of Public Security, Xinhua confirmed the criminal detentions of the law firm’s director, several of its lawyers, paralegals, and administrative staff. Beijing Fengrui Law Firm employed several of the country’s most courageous lawyers and even renowned activists, such as Wu Gan (吴淦). The unprecedented raid and crackdown are an escalation of a pattern of harassment against human rights lawyers in China. Where previously authorities pressured law firms to fire (or simply not hire) rights lawyers, this operation included police shutting down the law firm and arresting most of its rights lawyers.

In January 2016, following six months of incommunicado detention in “residential surveillance at a police-designated location,” Wang Yu’s family received a notice stating she had been formally arrested on suspicion of “subversion of state power” and was being held at Tianjin No. 1 Detention Center. On August 1, 2016, Hong Kong’s Oriental Daily released an interview with Wang Yu filmed the previous day, claiming she had been recently released on bail. In the interview, which was allegedly filmed in Tianjin, Wang Yu denounced her work and colleagues, and claimed foreign forces had “used” her to “attack” and “discredit” the Chinese government. It’s highly likely the interview was scripted, and that Wang had been coerced. After the video was released, Wang and her family were held under house arrest in an apartment in Inner Mongolia, with 24-hour police guards and escorts if they left the residence. In July 2017, police officially lifted bail conditions on Wang Yu and Bao Longjun, but it was expected that the family would remain living under  surveillance.

In July 2017, a report surfaced about the torture that Wang suffered in the days after being taken into custody in July 2015. She was kept in handcuffs and shackles for an entire week, strip-searched while cameras were pointed in her direction, deprived of food and water, confined to a very small space, and beaten if she stretched out her legs. It then took her two months, under less stressful and abusive conditions, for her to get over the physical effects from the mistreatment.

On November 26, 2020, the Beijing Jusitice Bureau cancelled Wang Yu’s license to practice law, with the possibility to appeal the decision through an administrative review.

Wang Yu has frequently been harassed, threatened, searched, and physically assaulted by police since she began to take on rights abuse cases in 2011. Just a week before Wang’s detention, she was protesting procedural violations at a pretrial meeting when a judge ordered her forcibly removed from the courthouse by bailiffs, who caused an injury to Wang’s shoulder. She has represented activists, scholars, Falun Gong practitioners, farmers, and petitioners in cases involving a wide array of issues, including women’s and children’s rights, and the rights to religion, housing, and freedom of expression, assembly, and association.

She has defended ordinary citizens victimized by China’s broken justice system, as well as prominent members of the country’s civil society who have paid a great price for their advocacy work. Wang represented the influential Uyghur scholar and activist, Ilham Tohti (伊力哈木.土赫提), who was sentenced to life in prison in January 2014 for advocating peaceful means to resolve ethnic tensions and to end state repression in Xinjiang. She also defended the late activist Cao Shunli (曹顺利), who died in March 2014 after pushing for years for access to international human rights mechanisms to improve rights conditions in China. Wang has persistently offered assistance amid heightened government attacks against civil society, such as with the detentions of the Five Feminists in the spring of 2015.

While government authorities have attacked Wang Yu for her efforts, her courageous rights defense work has attracted accolades from fellow lawyers. In 2013, China’s legal community, led by an organization called Public Interest Litigation, nominated two of Wang’s cases as “Top Ten Public Interest Cases,” including the case of two female toddlers who had been starved to death in Nanjing, Jiangsu Province. Wang and her colleagues filed litigation charges against local branches of the Public Security Bureau, Ministry of Civil Affairs, Community Administrative Division, and All-China Women’s Federation. Even though she did not win the case, the suit generated attention to the issue of insufficient national laws for protecting children. In the other nominated case, Wang provided pro bono representation to a farmer who twice had been forcibly committed to a psychiatric hospital in reprisal for petitioning his grievances to the local government. In the end, a settlement was reached despite the perpetrators denying wrongdoing.

Wang Yu has taken on Falun Gong cases around China—including in Beijing, and the provinces of Hebei, Heilongjiang Jiangsu, Jilin, Liaoning, and Shandong—despite the fact that these cases heighten the chance of police mistreatment and retaliation. She assumed precisely this sort of risk when she decided to represent a Falun Gong practitioner illegally detained in the city of Jiansanjiang in Heilongjiang in 2014. In an incident that was widely monitored and condemned by China’s civil society, her client’s previous lawyers had suffered broken ribs after being seized, detained, and tortured for trying to provide legal assistance.

Authorities threw Wang Yu off a case in February 2015 after she filed a complaint against a judge for procedural violations during a hearing where she represented Fan Mugen (范木根) in Jiangsu Province. Fan is a farmer who attacked in self-defense two members of an illegal eviction team who had assaulted Fan and his family while attempting to demolish their home. The two men later died, and Fan was sentenced to eight years in prison when his trial resumed in May 2015, without any lawyer allowed inside the courtroom.

“Now, in fact, you could be detained with a charge of ‘creating a disturbance’ or ‘inciting subversion of state power’ if you say something on the Internet, and get sentenced. Perhaps you can say that is just for Falun Gong practitioners, but really it is also for us, and we should not let the government arbitrarily persecute any citizen. My power is limited, but despite being limited, I hope to make a small impact. Every lawyer who works on human rights cases thinks this way.” — Wang Yu

Born in 1971 in Inner Mongolia, Wang Yu graduated from China University of Political Science and Law in 1994, and began practicing law in Beijing in 2004. Started out as a commercial lawyer, Wang decided to pursue defending human rights after a personal encounter with China’s unchecked police power and failed legal system landed her in jail for two-and-a-half years. In May 2008, Wang got into in an altercation at a train station where staff prevented her from entering even though she had a ticket. Several unidentified men assaulted Wang. The lawyer filed a complaint at the local police station, but seven months later, police detained her for “intentional assault,” accusing her of beating three male personnel at the train station, and sent her to prison. She also was fined 129,377 RMB (approx. $21,500). According to a friend, since Wang’s release from prison in 2011, she has not even fully recovered her physical strength, yet she continued to travel across China fighting to defend others.

Her past imprisonment became the basis for a smear campaign in Xinhua, which published an article on June 11, 2015, portraying Wang Yu as a violent and deceitful lawyer who had refused to pay the financial penalty for her actions. Wang’s colleagues and supporters recognized that the defamation was in fact only further reprisal against the lawyer for taking on another high-profile case in June 2015—representing Wu Gan, the maverick activist who had been detained for criticizing officials. That same month, hundreds of lawyers and activists joined together to lend her funds to help pay off the legal fine, which Wang was not able to do before she was abducted from her home.

Many who know and have worked with Wang Yu describe her as a courageous and fearless “warrior.” She has raced to the frontlines of rights defense work in China to provide legal aid to those in need, regardless of how difficult or politically sensitive a case is.

Report of the Secretary-General, Cooperation with the United Nations, its representatives and mechanisms in the field of human rights (reprisals report), August 13, 2018

“She was a quiet commercial lawyer. Then China turned against her.” July 18, 2015, The Washington Post.