#StandWithHongKong is Essentially a Crime in Mainland China

September 3, 2019       Comments Off on #StandWithHongKong is Essentially a Crime in Mainland China 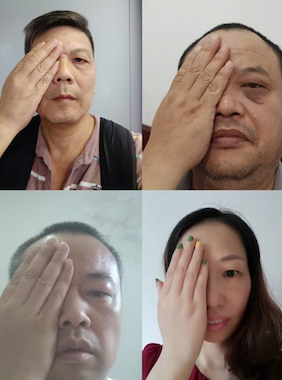 “The taste of jail is unpleasant!” Hunan police officers told netizen Chen Siming after summoning him for questioning for the fifth time over his social media comments in support of the protests in Hong Kong. In Hubei Province, officers travelled over 200 kilometres to deliver a warning to dissident Shi Yulin that he must stop sharing “negative” news about Hong Kong. “You must love the Party, love the country,” they told him.

With State-media in overdrive pushing China’s propaganda that the protests are a western-plot, and overseas Chinese nationalists in Australia, the UK, and other countries loudly and sometimes violently denouncing Hong Kong, we rarely hear from those in the mainland who support the pro-democracy movement. There is a reason for that.

The government’s battle for Hong Kong is also being fought in mainland cities. The Chinese government is working overtime to threaten and detain mainlanders from sharing and commenting on the protests in Hong Kong for fear of what it may spark back home, especially ahead of the sensitive 70th anniversary of the founding of the the People’s Republic of China on October 1.

Many mainlanders who are supportive of Hong Kongers’ fight for democratic rights and exercise of freedom of expression have had their comments removed from the Internet, are threatened by police, and some have been taken away for speaking out. Others don’t publicly express their support after a fierce 2014 crackdown on mainlanders sharing information or supporting the Umbrella Movement ensnared over 100 people and led to several heavy prison sentences on charges of “inciting subversion of state power.”

In a totalitarian regime, simple acts of support can have severe consequences. On August 31, Beijing police formally arrested a netizen on charges of “picking quarrels” in part because of her tweets about Hong Kong. A Shandong netizen has been criminally detained for supporting the protests in a WeChat group. In June, activist Wei Xiaobing spent 15 days in administrative detention in Zhejiang after he shared one Facebook post and retweeted two tweets, including one that simply said “keep it up Hong Kong!” In Guangdong, a dissident that attended the protests was sent to administrative detention for 15 days and migrant workers sympathetic to the movement are being forced out of the province and losing their jobs.

Others have reported threats and intimidation to prevent them sharing their opinion online. Guangzhou police broke into the home of activist Lai Rifu, then took him away and demanded he delete tweets supporting the protestors. Other activists in Chongqing, Sichuan, Hubei, and Shanxi have reported being summoned for “tea” by police and forced to sign guarantees that they would not post or discuss Hong Kong. Police ordered one mainland lawyer to return home after he live-streamed from the protests to his 770,000 social media followers.

In cyberspace, the government has been removing commentary supportive of the Hong Kong protest movement and images and videos to prevent the flow of information to the mainland. Leaked government directives show the extensive censorship used to remove content, with supportive phrases like “keep it up Hong Kong,” certain songs, and images uploaded or shared from users all deleted and blocked. For the past year, police have waged a campaign to force activists and independent critics from Twitter, even though it’s blocked in China, reducing critical voices from the global Internet which it has flooded with a state-sponsored disinformation operation directed against Hong Kong. Nuanced opinions are drowned out.

The Chinese Communist Party (CCP) is working hard to prevent mainlanders from seeing the true extent of Hong Kongers dissatisfaction with a local, undemocratic government that doesn’t listen or care about public opinion, for fear of self-reflection about the undemocratic system back home. The home-grown, leaderless movement cuts across all classes and professions in protesting the failure of the “one country, two systems” framework, one of the CCP’s signature policies, that was meant to protect the separate freedoms and rule of law in Hong Kong.

The Chinese government’s aggressive approach to detaining and threatening mainlanders for expressing an opinion contrary to the official line is also precisely why Hong Kongers began protesting the extradition bill. In a country ruled by the CCP not the law, mainland Chinese citizens speaking up for human rights, democracy, and rule of law will not find a fair hearing should they encounter the police, prosecutors and courts. China has signed and ratified several international human rights treaties but failed in its obligations under international law to protect the rights of mainland citizens. Mainlanders cannot freely exercise their rights to freedom of speech or peaceful assembly and criticising the government’s policies comes at a grave cost. Hong Kongers can freely access information on human rights violations in China and don’t want to live under that kind of regime.

“The spirit of resistance and courage of a new generation of young people in Hong Kong is very admirable,” said Wei Xiaobing after being released from detention. Indeed, they are, and that is precisely why the Chinese Communist Party is so afraid of them.