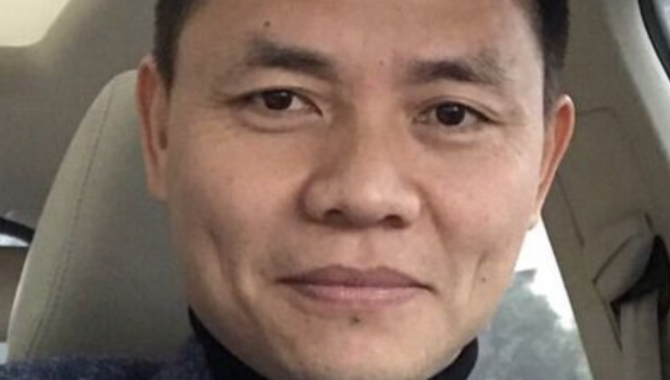 Update: Police released Zhang on May 12 after 24 hours of questioning.

Shanghai police seized lawyer and former professor Zhang Xuezhong (张雪忠) from his home in the early morning of May 11. Two days prior to being detained, Zhang had written an open letter to all the delegates of the National People’s Congress, which is set to open its annual meeting on May 22. Zhang called for political reforms in his letter and raised questions about China’s Constitution and the legitimacy of the National People’s Congress – China’s top legistlative body. The criminal accusation against Zhang and his current whereabouts are unknown. Zhang sent a message around 1AM on May 11 that police were at his door and he has been unreachable since.

Zhang was a law professor at East China University of Political Science and Law in Shanghai until 2013 when he was fired several months after he had been suspended from teaching likely to punish him for his political writings critical of the government. State media cited a university notice as saying he had published his book “New Common Sense: The Nature and Consequences of One-Party Dictatorship” on the university platform and had “spread his political views in classes he taught,” which “seriously violated teachers’ professional ethics.” Zhang, also a practicing lawyer, has represented several detained pro-democracy and human rights activists like Liu Ping, Li Huaping, and Zhao Changqing. He was briefly detained in 2015 during the “709 Crackdown” on human rights lawyers.