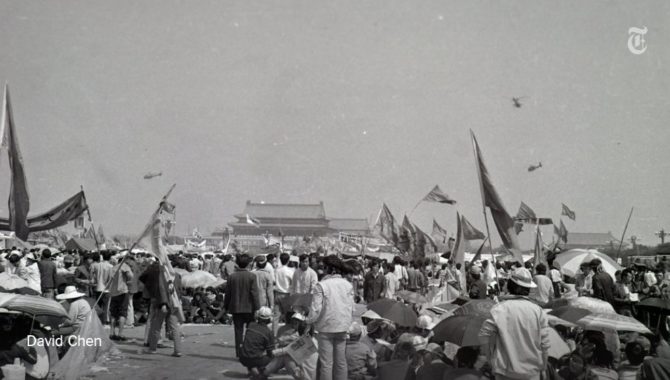 To mark the 31st anniversary of the June Fourth Massacre, Renee Xia, Director of Chinese Human Rights Defenders, has the following comment:

“The Chinese Communist Party iron-fisted grip on power has perpetuated its leaders’ enjoyment of impunity for the Tiananmen massacre of pro-democracy protestors for 31 years. Victims and their families have never received justice.”

“The 31-year impunity from the crimes of gross and systematic human rights violations in 1989 has unleashed unrestrained authoritarian power, backed by China’s growing global prowess, in suppressing human rights and pro-democracy activists, labor organizers, ethnic and religious minorities ever since.”

“For more than three decades now, the utter lack of accountability in the complete absence of any independent investigation of the Tiananmen killings should get the full attention of anyone, especially the World Health Organisation, vowing to investigate the origin and the true death toll of coronavirus outbreak under unprecedented state censorship and ruthless persecution of free expression in China.”

“For 31 years, many Chinese who witnessed the 1989 protests and the massacre, especially the victims and families, have refused to forget, have fought for justice against government persecution and its systematic obliteration of truth by rewriting the history. Some young people are rediscovering this bloody chapter by scaling the Great Firewall on the Internet.”

“Xi Jinping has reinforced the impunity that has protected Chinese leaders since before 1989 and there has been Tiananmen-style suppression on protests in Tibet, Xinjiang, and now in Hong Kong. Today’s Chinese officials are more afraid of running afoul of Xi’s central leadership for “destabilizing stability” than facing any investigation for coverup, censorship, or persecution of whistle blowers, as their handling of the coronavirus epidemic has demonstrated.”

“Without justice and truth under the Chinese Communist Party rule since 1989, abuses of human rights have gone rampant. One link between the victims of Tiananmen massacre, ongoing suppressions and ethnic cultural genocide, and the preventable deaths from coronavirus in China, is the lack of official accountability as the CCP leaders prioritize ruthless control. The catalyst for breaking the cycle of impunity is holding the country’s top leaders accountable for the crimes committed under their watch.”

For background on the Chinese authorities’ decades-long suppression on efforts by the Chinese people to keep the memories of Tiananmen alive around the anniversaries, see:

We Call on the Human Rights Council to take Action Over China’s 30 Years of Rights Violations Tied to 1989 Tiananmen Massacre, June 17, 2019, CHRD

China: End Impunity for the 1989 Atrocities and Guarantee Right to Redress, June 2, 2014, CHRD