July 14, 2021       Comments Off on The Chinese government must end its reprisals against agricultural entrepreneur and philanthropist Sun Dawu and his associates 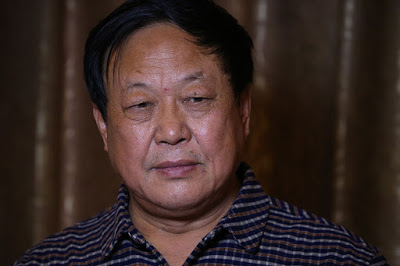 (Chinese Human Rights Defenders, July 13, 2021) Sun Dawu (孙大午), an agricultural entrepreneur and philanthropist with a strong commitment to social justice issues in China, will go on trial on July 15 along with his wife, adult children, and numerous employees, according to a notice from the Gaobeidian Municipal People’s Court in Hebei province that was received by the company’s attorneys. CHRD condemns the prosecution of Sun and the others as a blatant attempt to punish Sun for his support of human rights defenders. CHRD urges the Chinese government to honor its Constitutional and international human rights commitments, end reprisals against Sun, and release him along with his family members and employees.

Chinese authorities have targeted the 67-year old farmer-turned-business magnate in apparent retaliation for his association with rights advocates such as Xu Zhiyong, detained in early 2020, and the now-suppressed New Citizens Movement, a loosely organized group promoting civic engagement and government transparency. A successful entrepreneur, Sun used the profits from the billion-dollar Dawu Agricultural and Animal Husbandry Group to support his ideals of a more just society. This included supporting human rights lawyers and dissidents even after they became the target of a nationwide crackdown beginning in 2015. Sun stayed in touch with them and paid for legal costs incurred in defending them against government prosecution.

Sun has since become a target himself. On November 11, 2020, 300 police officers raided his company’s offices and detained him and 28 others on suspicion of “picking quarrels and provoking trouble,” a charge frequently used against human rights defenders to target their activism and online speech, and “sabotaging production and business operations.” Sun and most of those detained were formally arrested on April 22, 2021.

Ramona Li, senior researcher and advocate for CHRD, says: “Sun Dawu has made extraordinary contributions to improving the life of Chinese citizens living in rural China. His support of rights defenders was an extension of his concern for the welfare of people on the margins of the Chinese economy. Using mass arrests and violating legal procedure to put an end to this support shows how Chinese authorities are much more anxious about political control than achieving anti-poverty goals.”

During their detention, Sun and his family were held under “residential surveillance in a designated location” (RSDL), a form of forced disappearance where they have reported mistreatment, including being hooded for long periods. RSDL is a form of incommunicado detention about which UN independent human rights experts have expressed serious concerns on numerous occasions. It also violates China’s international human rights obligations.

Furthermore, under the Criminal Procedure Law, RSDL should only be applied in cases involving state security and terrorism. Yet police in China regularly place detainees under RSDL for up to 6 months based on suspicion of practically any crime, meaning that lawyers are not permitted to visit detainees and families are not notified of their whereabouts.

“That Sun Dawu and his family have been put in a form of incommunicado detention that is reserved for those charged with state security and terrorism crimes despite not having received any qualifying charges shows that the Chinese government is pursuing a political case using economic charges as a plausible façade to punish Sun Dawu,” observes William Nee, CHRD’s coordinator for research and advocacy.

Sun faces up to 25 years in prison on eight charges, including “picking quarrels and provoking trouble”—a charge Chinese authorities frequently use to target peaceful rights advocacy. The other seven charges are: “illegally raising funds from the public,” “illegal mining,” “assembling a crowd to attack state organs,” “illegally occupying agricultural land,” “forcing others to transact,” “sabotaging production and business operations,” and “obstruction of official duties.” According to Sun’s lawyers, his family members have been held in detention and have themselves been charged with crimes with heavy penalties in an apparent effort to pressure Sun to plead guilty to the charges.

The charges ostensibly arise out of a dispute over the demolition of buildings on land leased to Xushui State Farm, a state-owned company. Sun’s legal team has said that such a dispute should be handled as an administrative law case.  But authorities have escalated it to a serious criminal case involving mass detentions, likely at the behest of provincial-level or national leaders seeking to cut off societal support to reformers and activists like Xu Zhiyong.

The speed with which local officials have processed the case also indicates higher level involvement—judicial authorities claimed to have completed their review of the 348 volumes of evidence and legal arguments submitted by the defense team in fewer than ten days. The local government has also seized control of the company’s assets and operations.

Sun was from a rural family and obtained only a middle school education. He continued to identify as a farmer even as his company grew to be a billion-dollar business. Sun used company profits to enact his own vision of an equitable rural society within a contained community that would provide free health care, schools, parks, and sports facilities to the company’s roughly 9,000 employees and their families. Sun was also outspoken in his support of liberal social reforms, particularly on behalf of China’s rural population.

“Sun took tremendous pride in his origins as a farmer from rural China, and he was a rare entrepreneur who condemned and attempted to rectify the injustice of rural communities being shut out of the economic prosperity that was based on their labor under the discriminatory residential registration system,” Li notes. Out of these convictions, Sun also hosted conferences for reform-minded groups and provided material support to human rights lawyers throughout China.

Sun’s success was initially heralded by the government—he became a representative for the local People’s Congress in Baoding, and top officials in Beijing regularly consulted him on rural economic policy. But he was detained in 2003 for “seriously harming the reputation of state organs” based on articles about social issues published on his company website. Sun was released after a campaign by journalists, lawyers, and other public figures who admired his support of liberal political reforms, human rights lawyers, and dissidents. Some of those who came to Sun’s defense in 2003 are now themselves in police custody, including his former defense lawyer Xu Zhiyong, who was also detained under RSDL after attending a gathering of activists in December 2019.

Sun is now targeted alongside numerous other entrepreneurs who have spoken critically or independently of the Party over the last year. These include Jack Ma, who has made very limited public appearances since giving a speech in October 2020 critiquing China’s financial regulations. Prominent real estate tycoon Ren Zhiqiang was sentenced to 18 years in prison after he wrote an essay about Xi Jinping’s handling of the COVID-19 epidemic. Chongqing entrepreneur Li Huaiqing and publisher Geng Xiaonan have also both been sentenced in apparent retaliation for speaking out about misconduct by Chinese officials.

“How Chinese authorities conduct Sun’s trial is of great importance to both human rights defenders and the business community in China,” says Li. “When the government violates its own laws in order to silence those with the means to support commitments to social justice and official accountability, it profoundly weakens the vitality of China’s economy and its leaders’ promises to rule by law.”