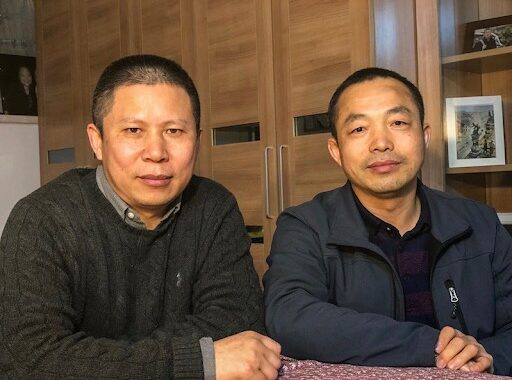 Upon learning about pre-trial hearings in the cases of detained human rights defenders Xu Zhiyong (June 17) and Ding Jiaxi (June 20), CHRD urges the Chinese government to immediately and unconditionally release the two human rights defenders. The Chinese government must heed the opinions of UN experts who found that Xu and Ding are being arbitrarily detained in violation of international law.

June 26 is the UN International Day in Support of Victims of Torture, which seeks to bring justice to victims of torture. Xu and Ding have told their lawyers that Chinese authorities subjected them to torture and other ill-treatment. CHRD reiterates its appeal to the UN experts to urge the government, as a party to the UN Convention on Torture and Other Cruel, Inhuman or Degrading Treatment or Punishment, to launch a prompt and impartial investigation of police officers and/or other state actors accused of subjecting Xu Zhiyong, Ding Jiaxi, and others to torture, and prosecute any individuals who have been found to have violated Chinese law and international law.

The authorities’ case against Xu Zhiyong and Ding Jiaxi stems from their peaceful advocacy. After first being detained in late 2019 and early 2020, Ding Jiaxi and Xu Zhiyong were indicted in August 2021 and the prosecution’s case against Ding Jiaxiand Xu Zhiyong is largely based on their involvement with the New Citizens Movement, which had attempted to popularize a new form of civic engagement.  The New Citizens Movement was focused on promoting the implementation of civil and human rights embedded in China’s constitution, Chinese laws, and regulations.

The indictment also accused Ding of organizing a follow-up organization, the Citizens Movement, and it accused him of creating a Telegram channel, and convening an informal gathering in the city of Xiamen, in which several civil society advocates discussed views of the country. It also cited various articles written by Ding, including one in which he urged Chinese citizens to stand for elections. Two of the “witnesses” against Ding and Xu, Wang Jiangsong and Dai Zhenya, publicly stated that the government mischaracterized their testimony.

People close to Xu and Ding had speculated that they might be tried during the Christmas and New Year’s period last year, a time when the Chinese state often puts on trial and sentences prominent activists while hoping to avoid international attention, although this failed to materialize. Nonetheless, the two have spent nearly two and a half years in pre-trial detention.

Luo Shengchun, Ding Jiaxi’s wife, noted on June 14 that Xu and Ding’s lawyers have not been able to visit them during the past three months and have been prevented from even making copies of the case files. In practice, not allowing lawyers to make copies means that lawyers may have to read and take notes on hundreds of pages of case files at one fixed time in an office, which obviously impairs their capacity to adequately prepare for a legal defense.

The UN Working Group on Arbitrary Detention has examined the cases of the detentions of both Xu Zhiyong and Ding Jiaxi, and in both instances found that the detentions were arbitrary under provisions of the Universal Declaration of Human Rights and that the appropriate remedy would be immediate and unconditional release and the right to compensation.

Both Ding and Xu have credibly alleged that they were tortured while they were held in China’s notorious secret detention system known as “residential surveillance in a designated location” (RSDL).

From April 1-8, 2020, Ding was fastened to a “tiger chair,” with his back tightly tied to the chair, and with a band tightly tied around his chest, which inhibited regular breathing. Every day Ding was interrogated for 21 hours – from 9am to 6am the next morning. From 6am to 9am, he was allowed to use the bathroom and eat, but he was not allowed to sleep. Officials utilized these torture methods 24 hours a day. By the morning of April 7, due to sitting in the tiger chair for so long, Ding’s feet had swollen up into round balls and he was physically depleted. In his first interrogation sessions, authorities gave Ding Jiaxi extremely limited quantities of food and water: one quarter of a mantou (a bland Chinese bun), and 600ml of water, with no other food

Ding Jiaxi and his wife and advocate Luo Shengchun have both filed applications to exclude “illegally obtained evidence”—meaning confessions obtained through torture— although these applications appear to have been unsuccessful.

Similarly, authorities in Yantai, Shandong tied Xu Zhiyong’s arms and legs to an “tiger chair” while interrogating him for 10-plus hours per day, making it difficult for him to breathe. Each meal consisted of only one mantou and Xu was taken to the interrogation chambers in a black hood.

Meanwhile, Li Qiaochu, Xu Zhiyong’s partner, was indicted on the charge of “inciting subversion of state power” in February. The main “evidence” against her according to the authorities is that she helped upload articles for Xu Zhiyong. Nonetheless, one of the “witnesses” in her case, Zhang Zhongshun, has claimed that his “testimony” against her was fabricated by the authorities.

Former human rights lawyer Chang Weiping, who was also detained after attending the Xiamen gathering and has been tortured repeatedly, remains in detention. Like Xu and Ding, Chang Weiping has not seen a lawyer in over six months and authorities have prevented his lawyer from reading the case files.

June 26 is UN International Day in Support of Victims of Torture, a day that marks the day when the UN Convention against Torture came into effect in 1987. The UN also cites the day as an opportunity for UN Member States to “unite in support of the hundreds of thousands of people around the world who have been victims of torture and those who are still tortured today.”

“Xi Jinping has claimed on numerous occasions that he wants a world order with the ‘UN at its core’. If Xi is to have any credibility, his government must immediately release Xu Zhiyong, Ding Jiaxi, and many other prisoners of conscience – whose detention epitomizes the government’s failure to comply with its international human rights obligations,” said William Nee, CHRD’s Research and Advocacy Coordinator.

UPDATE: It has emerged that Xu Zhiyong will go on trial on June 22 and Ding Jiaxi on June 24 at the Linshu County Court in Shandong province.