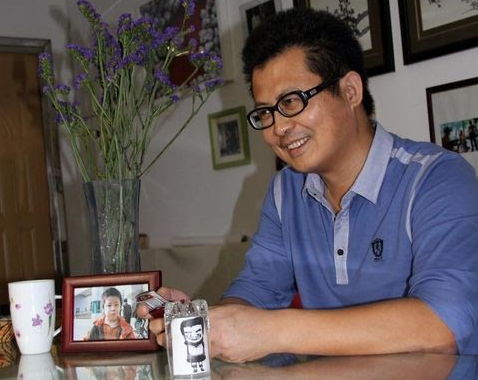 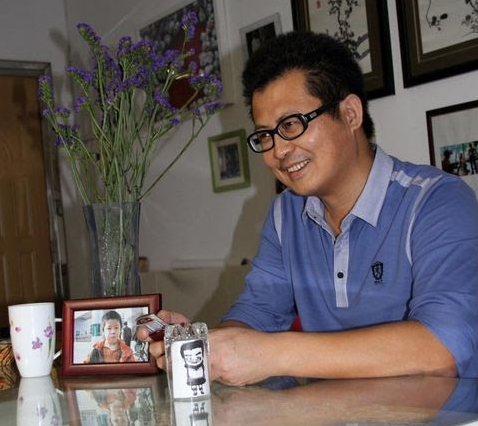 Guo Feixiong (also known as Yang Maodong, 杨茂东) is a prominent human rights activist from Guangzhou. He was criminally detained in August 2013 and formally arrested a month later in a nationwide crackdown on freedom of assembly, association, and expression that began the previous March. Guo was not allowed access to a lawyer until mid-November, and the lawyer reported that the activist had staged a hunger strike for over 20 days to protest the criminal charge against him. Police in Guangzhou accused Guo of organizing rallies in front of the Southern Weekly headquarters in January 2013, organizing a campaign calling on the government to ratify the International Covenant on Civil and Political Rights, and also leading an anti-corruption campaign. Guo was indicted and tried alongside fellow activist activist Sun Desheng (孙德胜). On November 27, 2015, the Tianhe District People’s Court convicted Guo on an additional charge of “picking quarrels and provoking troubles” along with “gathering a crowd to disrupt order of a public place,” and handed down a six year sentence.

According to his lawyer, Guo’s health has deteriorated since his detention began in 2013, and his lower legs are extremely weak. His sister and doctor believe his condition could be caused from the hunger strike he went on in protest of his treatment, or from torture. His lawyer has applied twice for release on medical bail, the first time in 2013 and then again in June 2014, but authorities refused to grant bail, claiming that Guo posed a “danger to society” if released. According to his wife Zhang Qing (张青), he was relatively healthy before he was detained.

Yang Maodong was transferred to Yangchun (阳春) Prison in Guangdong Province on February 21, 2016. Eight days later his sister, Yang Maoping (杨茂平), who is a doctor by profession, reported that the 50-year-old activist suffers from inhumane living conditions in prison which have led to deteriorating health and significant wealth loss. He has been deprived of sleep; he can only sleep several hours a night, due to overcrowding inside his cell and a high noise level outside the cell. Yang’s sister observed that he has lost approximately one-third of his weight since the time he had been detained. He has experienced great difficulty in standing up. Yang’s sister told prison authorities that she would pay for a comprehensive health examination for Yang, but officials denied her request.

In April 2016, Guo’s sister raised alarm that her brother’s physical condition has turned critical following a visit on April 26, 2016 at Yangchun Prison in Guangdong. The 50-year-old activist reportedly informed her right at the start of the visit that he had been sent to the prison hospital on April 7 due to persistent bleeding, and he had hemorrhaged on April 19, but that no effective treatment or comprehensive physical exam has been provided to him. Yang Maodong told her that he has periodically had blood in his stool over the past year, and that he has sometimes bled from his throat and mouth since being transferred to prison this past February. He also told his sister that he is being held under restrictive and inhumane living conditions in the hospital; he has been kept in a windowless 7.5-square-meter room for 23 hours a day and with four other patients. Ms. Yang observed that her brother appeared unusually pale and thin. Prison authorities have repeatedly denied multiple requests by both Guo and his family for a physical examination to be performed.

In August 2016, several UN human rights experts urged the Chinese government to stop mistreating the activist and to “urgently provide Mr. Guo with specialized medical care.” They further stated that Guo’s incarceration is political retaliation for exercising his rights. The Chinese foreign ministry denounced what it called a “rude intervention” in “China’s internal politics and judicial sovereignty.”

On August 7, 2019, Guo was released after serving his full sentence.

Guo Feixiong went missing from the start of December 2021, as his friends were unable to get in contact with him.  Guo Feixiong had been prevented from leaving China to travel to the United States to meet his wife, who was terminally ill with bowel cancer. On November 29, Guo wrote an open letter to Premier Li Keqiang urging him to allow him to reunite with his wife. According to a person at the Guangzhou Public Security Bureau, Guo’s application to go abroad was approved in August by the Guangzhou Public Security Bureau, but the Guangdong PSB sent it to the Ministry of Public Security for further approval. Many prominent Chinese intellectuals have signed an open letter urging the government to allow him to leave on humanitarian grounds. A similar letter urging the Chinese government to allow him to reunite with his wife was signed by 35 international scholars.

On January 12, 2022, Guo Feixiong was formally arrested on the charge of “inciting subversion of state power”. Guo has apparent been on a hunger strike since December 2021. His lawyers have not been permitted to visit him, as the Guangzhou Procuratorate said there was still a necessity to detain him and conduct an investigation regarding his case.

Guo Feixiong, born in 1966, began his activism in 2003 by getting involved in many cases of rights violations, and has worked with the prominent lawyer and dissident Gao Zhisheng. In 2006, Guo was sentenced to five years in prison for “illegal business operations” for publishing a book criticizing government corruption. During his imprisonment, Guo was tortured and suffered other mistreatments such as being beaten when he staged a hunger strike. After his release in 2011, Guo continued to provide assistance to others and to push for democratic change in China. Guo has also been a part of the “New Citizens’ Movement,” a loose group of activists working towards social justice and political and legal reforms.