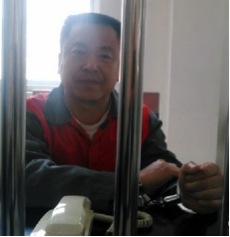 Beijing police detained activist Zhang Baocheng and searched his home ahead of the sensitive 30th anniversary of the June 4th Massacre. Initially taken into custody on suspicion of “picking quarrels and provoking trouble,” Beijing Fengtai police then formally arrested Zhang on the picking quarrels charge and an additional charge of “promoting terrorism, extremism, inciting execution of terrorist activities.”

Police initially called Zhang Baocheng’s family on May 28, 2019, and said he had been taken away on suspicion of “possessing a gun,” an accusation, according to his wife, that was completely fabricated. She believed that police detained him because of a Twitter post he wrote alluding to the upcoming June Fourth anniversary. The family did not receive the detention notice until May 31, which confirmed the “picking quarrels” charge and that he was being held at Fengtai District Detention Center.

Zhang was granted the first meeting with his lawyers on October 23. During this meeting, the lawyer learnt from Mr. Zhang that the police’s evidence against him was solely based on his free expression online through his Twitter account. According to the criminal indictment, prosecutors accused Zhang of using the Internet at his home to send out or share videos and information that “smear and insult the country’s leadership, oppose the Communist Party, split the state, harm ethnic unity and insult judicial organs.” The indictment further accused Zhang of sending out one video that touched on “violent terrorism and extremism.” The lawyers said, following their meeting, that Zhang sent out one video related to ISIS, which resulted in the “inciting terrorism” charge. The lawyers also said that police interrogations had focused on Zhang’s online expression and his support for the elderly mother of imprisoned citizen journalist Huang Qi.

Beijing No. 2 Intermediate Court put Zhang on trial on August 18, 2020. On the eve of the hearing, Zhang’s lawyer was able to meet with him for the 8th time. Zhang’s lawyers put forth a not guilty defence at the hearing. The hearing ended without a sentence being pronounced.

On November 10, 2020, Beijing No. 2 Intermediate Court convicted Zhang of “picking quarrels and provoking trouble” and “promoting terrorism, extremism, inciting execution of terrorist activities” and handed down a 3.5 year prison sentence. The court sentenced Zhang to 3 years for “picking quarrels” and 8 months for “promoting terrorism” but overall handed down a three year and six month sentence, which is to run until November 26, 2022. Zhang appealed against his conviction on November 16, according to his lawyer who met with him at Beijing No. 3 Detention Center on November 19.

Zhang Baocheng was seized with three other Beijing-based activists, Ma Xinli (马新利), Yuan Dong (袁冬), and Hou Xin (侯欣), in March 2013 after holding a demonstration in Beijing’s Xidan shopping district where they unfurled a banner calling on officials to publically disclose their assets. Several months prior, Zhang along with others began to move the anti-corruption campaign from the Internet to the streets of Beijing. They were part of the New Citizens Movement, a loose network of activists demanding social justice and legal reforms. Police formally arrested Zhang on charges of “unlawful assembly,” but later indicted him with a different crime.

Born in 1959, Zhang Baocheng was previously a businessman and has taken part in rights advocacy activities since 2006. Beginning in 2009, Zhang has devoted himself to promoting democracy and rule of law. He has been detained several times, lived under police surveillance, and harassed frequently by local authorities for his rights work.