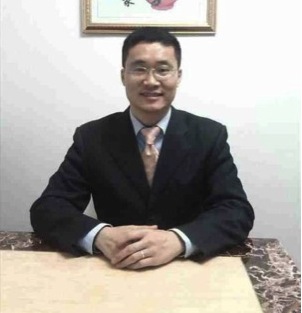 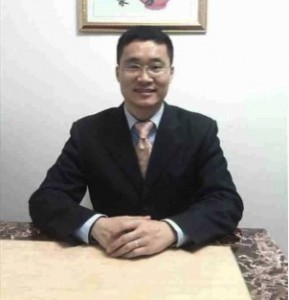 Guangzhou-based human rights lawyer Tang Jingling was criminally detained in mid-May 2014 on suspicion of “creating a disturbance.” After police seized Tang, they searched his residence and confiscated a laptop, a tablet computer, cell phones, and books. Reportedly, police had warned Tang not to take part in any activities commemorating June Fourth. On the same day, police took into custody two other Guangzhou activists, Wang Qingying and Yuan Xinting, who are close associates of lawyer Tang in the “Non-violent Citizens’ Disobedience Movement” (see below). When Tang’s lawyer Liu Zhengqing (刘正清) met with him at Baiyun District Detention Center on May 21, 2014, Tang told Liu about mistreatment he had suffered, including being physically assaulted by a guard. Tang told Liu that a discipline management officer had tried to force him to squat but he refused, prompting the enraged officer to violently kick Tang. Tang was later moved to the Guangzhou No. 1 Detention Center and formally arrested on a more serious charge of “inciting subversion of state power” on June 20, 2014.

Tang was denied visits from his lawyer after his arrest. On May 14, 2015, he was formally indicted on charges of “inciting subversion.” The trial hearing was held on July 23, 2015 after a delay for one month. In January 2016, the Guangzhou court sentenced Tang, Wang, and Yuan to five years, two-and-a-half years, and three-and-a-half years in prison, respectively.

In the years just prior to his detention, Tang Jingling had worked with the “Non-violent Citizens’ Disobedience Movement,” a network of activists pushing for legal and social reform on issues such as labor rights, equal education, and the unequal hukou system in order to bring about a liberal democracy in China. Specific actions that he has initiated include “reclaiming ballot papers” (refusing to vote in unfair elections) and “June Fourth Meditation” (commemorating the June Fourth massacre through meditation). Police have detained, threatened, and tortured Tang in retaliation for taking on cases involving a wide range of human rights abuses and for his activism. Reprisals against Tang have even affected his religious practice; he and his wife were denied attendance at an underground church that they belonged to, out of fear that local authorities would retaliate. In addition, his wife was harassed and threatened after his mother, apparently overwhelmed by her son’s detention, passed away several months after lawyer Tang was seized.

Tang Jingling was released from prison on the morning of April 29, 2019 into the custody of Guangdong Province national security officers, who returned him to his hukou-registered home in Jingzhou, Hubei Province, where he was handed over to local police.

Born in 1971, Tang Jingling began practicing law in Guangdong Province in 2000. He worked on cases involving human rights violations and had defended villagers combating corruption, victims of counterfeit medicine and vaccinations, uncompensated victims of land grabs, and arrested human rights defenders. In 2006, Chinese authorities refused to renew Tang’s attorney license after he worked with rights activist Guo Feixiong (郭飞雄) on an election recall case in Taishi Village in Guangdong. After his disbarment, Tang continued to help with human rights cases by serving as a “citizen representative” or providing legal assistance. In February 2011, during the Jasmine Movement, Tang was charged with “inciting subversion” and kept in a black jail where he was tortured, including extensive sleep deprivation. The charges were dropped five months later and he was released.

China Imprisons 3 Rights Defenders More Than A Year After UN Called for Their Release, CHRD, January 29, 2016

Opinion No. 49/2014 (China) on Messrs. Tang Jingling, Wang Qingying and Yuan Xinting, in Opinions adopted by the Working Group on Arbitrary Detention at its seventy-first session, 17 to 21 November, 2014, UN Human Rights Council

Individuals Affected by Government Crackdown Around 25th Anniversary of Tiananmen Massacre, May 29, 2014, CHRD