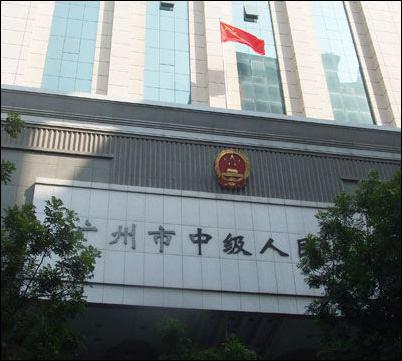 Several lawyers who represent these defendants have recently been summoned for police questioning, and one has been put under “compulsory criminal measures,” in the current crackdown targeting more than 300 rights lawyers and activists. Lawyer Sui Muqing (隋牧青), who represents Mr. Wang and Mr. Ye, is being held under “residential surveillance at a designated location” on suspicion of “inciting subversion of state power.” Police seized him from his home on July 10 on suspicion for “creating a disturbance” and took him to South Village Police Station in Panyu District, Guangzhou, but it is reported that he has been transferred to an unknown location. Lawyers Rang Tong (冉彤) and Wu Kuiming (吴魁明) will now represent Mr. Wang. For the other cases, lawyers Yan Xin (燕薪) and Ge Yongxi (葛永喜) will represent Mr. Tang, and lawyers Wen Donghai (文东海) and Hu Xinfan (胡新范) will defend Mr. Yuan. Mr. Ye’s lawyer is Liu Hao (刘浩). Mr. Lü’s lawyer is Ding Xikui (丁锡奎), while lawyers Lin Qilei (蔺其磊) and Liu Shuqing (刘书庆) represent Mr. Chen.

“The cases against the six activists must be dropped because the defendants were arrested for legitimate exercise of their rights to free speech, peaceful assembly and association,” said Renee Xia, CHRD’s international director. “These cases are rife with allegations of torture, unreasonably prolonged pre-trial detentions, and deprivation of their right to legal counsel, with their lawyers facing extreme harassment.”

In a communication sent to the Chinese government last September, the UN Working Group on Arbitrary Detention requested the immediate release of Tang Jingling, Wang Qingying, and Yuan Xinting due to “arbitrary” deprivation of liberty in their cases. The government has disregarded the Working Group’s opinion by both continuing to detain them and now putting them on trial. The trials represent brazen defiance of international human rights standards that China voluntarily pledged to “promote” as it sought membership on the Human Rights Council, where it currently holds a seat.

The trial of Tang, Wang, and Yuan, who have been called the “Three Gentlemen of Guangzhou,” will be held at the Guangzhou Intermediate People’s Court. According to their lawyers, the hearing will last two days, the 23rd and 24th. Ye’s trial will take place at the Huizhou District People’s Court in Guangdong.

Closed court proceedings for Tang, Wang, and Yuan initially opened on June 19 at the Guangzhou Intermediate People’s Court. However, the court suspended the hearing after denying two requests by the defendants and their lawyers. They had asked the judges to disclose their “political identity” and also applied to have judges affiliated with the Communist Party removed from hearing their case, a request with basis under Chinese law meant to eliminate judges who have conflicts in their roles. This sort of request, which has become more frequent among Chinese human rights lawyers, has been referenced by authorities who have accused recently detained lawyers of “disrupting court order.”

Tang Jingling (唐荆陵), 43, was detained in May 2014, apparently because of the “June 4th Meditation” activity that he promoted as part of “Non-violent Citizens’ Disobedience Movement,” which he has spearheaded in recent years. Tang was first held at Baiyun District Detention Center, where a discipline management officer reportedly attacked him. He is now detained at Guangzhou No. 1 Detention Center, and has indicated to his lawyer and wife that he has grown thin due to the poor living conditions at the facility. In recent years, police have detained, threatened, and tortured lawyer Tang in retaliation for his defending a wide range of human rights cases, while also stripping him of his law license.

Wang Qingying (王清营), 32, was arrested in June 2014, on suspicion of “inciting subversion of state power,” after he was taken away from his home and criminally detained the previous month. Wang is now being held at Guangzhou No. 1 Detention Center, after being initially detained at Baiyun District Detention Center, where he was severely tortured and mistreated. Lawyer Sui Muqing visited him in May 2014, and learned that Wang had been repeatedly slapped in the face by authorities for refusing to testify against Tang and Yuan. He also had been forced to work long hours and held in a 20-square-meter room with 30 other inmates, and given poor-quality and inadequate food. His lawyer reported after a visit that Wang had been interrogated at least 20 times, sometimes for as long as 12 or 13 hours at a time, until Wang confessed. Since his forced confession, Wang’s treatment has reportedly improved and he can use the toilet, has been transferred to a larger room, and is no longer beaten. Wang had been engaged in the “Non-violent Citizens’ Disobedience Movement,” led by Tang Jingling. He lost a university teaching job in 2009 after signing Charter 08, the manifesto promoting political reform and democratization in China.

Yuan Xinting (袁新亭), in his 40s, was criminally detained in May 2014. Originally from Sichuan Province, Yuan was disappeared during the “Jasmine Crackdown” in March 2011, and then released from custody and forcibly sent back to Sichuan. Yuan then returned to Guangdong and resumed his activism, including participating in the “Non-violent Citizens’ Disobedience Movement” with Tang Jingling. Yuan is being held at Guangzhou No. 1 Detention Center.

Lü Gengsong (吕耿松), a co-founder of the China Democratic Party (CDP), was criminally detained in July 2014 on suspicion of “subversion of state power,” and formally arrested the next month. Authorities have not allowed lawyer Ding Xikui to meet with Lü at Hangzhou City Detention Center. The 59-year-old Lü lost his job as a teacher in 1993 after he wrote a book criticizing the Chinese Communist Party. He later helped found the CDP, and was sentenced to four years’ imprisonment in 2008 on a charge of “inciting subversion of state power.”

Chen Shuqing (陈树庆), a member of the China Democratic Party, was detained in September 2014 on suspicion of “subversion of state power.” It is believed that his detention is due to activities related to the opposition political party, which was declared illegal in 1998. Police summoned Chen for questioning after the arrest of Lü Gengsong, and then arrested Chen a month later. The 51-year-old Chen is being held at Hangzhou City Detention Center.

Ye Xiaozheng (叶晓峥, also known by his screen name, “Humian Yizhou,” 湖面一舟), was arrested in January 2015 on suspicion of “creating a disturbance” after being taken from his home in December 2014. Lawyer Sui Muqing met him in detention and learned that Ye had been harshly interrogated for long periods while shackled to a tiger bench (a torture device). Police questioning led Ye to know that authorities had been monitoring him since October 2014, when pro-democracy protests broke out in Hong Kong and activists, including Ye, voiced support inside China. While being held at Huizhou City Detention Center in Guangdong, Ye has been subjected to forced labor, humiliation by prison guards, and beating by cellmates, while also denied written communication with his wife.