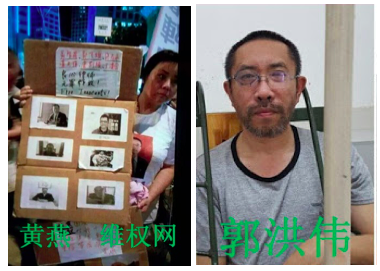 (Network of Chinese Human Rights Defenders—June 23, 2016) – In the run-up to the International Day in Support of Victims of Torture, CHRD reiterates its call for the Chinese government to end impunity for torturers and provide justice for victims of torture. China is obligated to prevent and stop torture and provide state compensation to victims as outlined in the international Convention against Torture, to which China has been a party since 1988. However, the government has not lived up to its treaty obligations, including provisions under Article 14, under which torture victims have the right to fair and adequate compensation and rehabilitation. Instead of taking steps to ensure justice for victims, Chinese authorities often retaliate against them or their families for seeking redress, an issue that CHRD highlighted in a report it submitted to the UN Committee against Torture last year.

As a consequence of not holding perpetrators accountable and other failings, torture remains a systemic problem in China, and CHRD has documented hundreds of cases of mistreatment of human rights defenders since 2012. In November 2015, the Committee against Torture (CAT) again expressed its concern that torture and ill-treatment remain deeply entrenched in China’s law-enforcement and criminal justice systems. An essential element of the UN guidelines and principles on providing remedies for torture and other rights violations committed by state agents is the guarantee of non-repetition; in other words, redress for torture victims requires that torturers be held criminally responsible.

China’s State Compensation Law, the country’s main legislation dealing with redress for victims of torture and other abuses, does not protect victims and contains loopholes for perpetrators to evade responsibility. The law includes a two-year statute of limitations for filing claims that allege torture by police or security agents (Article 32), beginning from when a court declares an act of torture unlawful. But obtaining such a court ruling is an almost unsurmountable obstacle, as those who seek justice are often stone-walled or forced for years to navigate unresponsive channels. In its review of China’s implementation of the Convention against Torture in 2015, CAT recommended the government lift unreasonable restrictions written into the law that impede victims’ efforts to seek redress.

Most compensation cases in China—including those that involve mistreatment of citizens in police custody—are settled outside the courts and with offers from police or prosecutors, a system that appears to lack any official procedures or formal oversight. According to Chinese government data submitted to the UN (para. 30), from the beginning of 2009 to June 2015, mainland courts accepted only 12 criminal compensation cases involving bodily injuries or death caused by using torture to extract confessions. This is a remarkably low number considering how rife torture is believed to be in China—and if keeping in mind the number of known cases of injuries and deaths due to torture—and it also shows how difficult it is for torture victims to get their cases heard.

In fact, many torture victims have been incarcerated as a direct result of seeking redress, particularly those who have been held and abused in extralegal detention facilities, such as Re-education through Labor (RTL) camps, psychiatric hospitals, and “black jails.” This sort of retaliation is partly due to government denials of the existence of “black jails” and authorities’ persistent use of psychiatric institutions to illegally detain critics of the government. Even in abolishing RTL at the end of 2012, the government stated that past RTL punishments would remain valid, thus building a barrier for victims of the camps from seeking redress. Unable to secure investigations into abuses in extralegal facilities, most victims have been left with little choice but to turn to the ineffective petitioning system, which makes them highly vulnerable to reprisals.

Provisions to rehabilitate torture victims in China are practically non-existent, a problem that CAT has urged the government to address by providing rehabilitation services or by funding non-governmental groups to run such programs. Rehabilitation is urgently needed for former detainees of the past RTL camps, victims of trauma and abuse from the bloody suppression of the 1989 pro-democracy movement, and many more in China who have suffered police brutality, torture to coerce confessions, and other kinds of ill-treatment at the hands of state agents.

The challenge for tortured prisoners of conscience to obtain state compensation is even greater. This is mainly because police and other security personnel—who may be both the alleged perpetrators and the official investigators of torture accusations—continue to act outside of the law, and on behalf of the state to suppress and silence dissent. The pattern of entrenched torture as tool of retaliation is evident in the deprivation of medical treatment of human rights defenders in detention centers and prisons as well as violence against human rights lawyers. In all such cases, accusations of torture and ill-treatment are systematically denied, covered up, or even justified by the state’s political priority for maintaining “national security” or “social and public stability.”

CHRD highlights below several cases that are emblematic of various types of torture and also the challenges that torture victims face when seeking redress:

In order to protect the rights of victims of torture, CHRD calls on the Chinese government to: