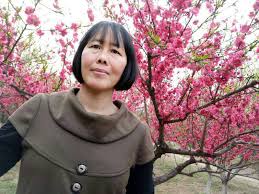 Beijing-based citizen journalist and activist Ding Lingjie (丁灵杰) disappeared into police custody on September 22, 2017, while visiting relatives in Zibo City, Shandong. Police confiscated her computer, cellphone, and other belongings of Ding’s from the home where she had been staying. After Ding was seized, her family did not receive a police notice on her detention status. When Ding’s family called the local police station to report her missing, an officer revealed that officers from the Shijingshan branch of the Beijing Municipal Public Security Bureau had seized her and taken her back to Beijing. After being held in secret for weeks, Ding was arrested in October 2017 on a charge of “picking quarrels and provoking trouble.”

Before being taken into custody, Ding had been volunteering as an editor with the human rights NGO Civil Rights & Livelihood Watch, whose founder, Liu Feiyue (刘飞跃), had been detained in November 2016. Police had frequently interrogated and harassed Ding over engaging in this work before eventually detaining her. The detentions of this group’s personnel, along with those of others tied to that online group and other citizen journalists, have reflected the Chinese government’s increased suppression of independent groups that document and report human rights abuses.

According to police, a major reason for Ding’s detention is that she had allegedly “insulted a State leader” by uploading a video clip online that mocked President Xi Jinping. The video had apparently been given to Ding by petitioners, citizens who appeal to officials beyond the local level over alleged rights violations. The video featured an elderly petitioner, Wang Qiuying (王秀英). Around the same time that authorities seized Ding, they took several petitioners into custody in Beijing in connection to the video, including Wang Qiuying, who was later released, Wang’s daughter Wang Fengxian (王风仙), Diao Jijun (刁继军) and Li Xuehui (李学惠), who were formally arrested in early November 2017 on suspicion of “picking quarrels.” The group were among a large number of HRDs detained in the run-up to the Chinese Communist Party’s 19th Congress, which took place in October 2017, as police across China rounded up activists and tightened control over political expression online.

Police initially refused to allow Ding’s lawyer, Ren Quanniu (任全牛), to meet with her at Shijingshan Detention Center, but a visit was permitted on November 8, after Ding had been formally arrested. Ren has reported that Ding has health problems, including hyperostosis, a hardening of bone that affects her spine, preventing her from straightening her back and causing her to have difficulty walking and sleeping.

Police twice recommended that Ding be indicted, the second time in April. Prosecutors eventually indicted Ding, Li, and Wang Fengxian on July 16, 2018. Diao was not indicted and released on bail after 10 months in detention.

On December 28, authorities tried Ding Lingjie, Li Xuehui, and Wang Fengxian. All three were convicted and given 20-month prison sentences, but Wang’s sentence was suspended for two years. Authorities accused Li of shooting the film and Ding of spreading it on social media. Wang Fengxian’s apparent crime is that she is Wang Qiuying’s daughter. Ding was released in May 2019 at the end of her sentence.

Born on April 4, 1970, and originally from Zibo, Ding Lingjie had engaged in various human rights advocacy work in the few years prior to her detention. Ding wrote about various concerns tied to legal and human rights, including China’s judicial process, human rights abuses, and the incarceration of human rights defenders, including Liu Xiaobo (刘晓波), Liu Feiyue, and victims of the “709 Crackdown” on rights defense lawyers. Ding created a social media platform in March 2017 called “Petitioner Voice” (访民的声) to highlight the government’s oppression of petitioners. Along with others, including veteran activist and dissident Qin Yongmin (秦永敏), Ding had helped establish the organization “China Human Rights Watch in China” (HRWIC),  several other members of which, including Qin, have been detained or disappeared since 2015.