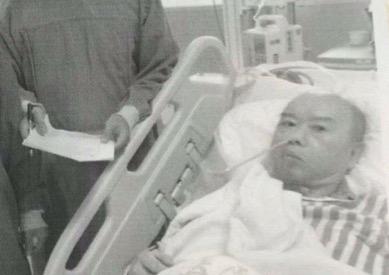 Mr. Ji died on July 10 in Xiangcheng District Hospital in Zhangzhou, Fujian under police guard. When Ji was released from prison in late April, he was gravely ill. Authorities only allowed him to be put into a designated hospital. His family, lawyer, and friends had fought for permission from authorities to visit Ji at the hospital, but only rarely gained strictly limited access accompanied by police. His family’s requests for reviewing his medical records and treatment were repeatedly denied. Authorities also pressured his family to sign away decision-making on Ji’s medical treatment to the government, who would cover the costs, but put him into a district-level hospital with limited facilities and refused to give his family basic information on his condition. Mr. Ji had suffered from deteriorating health from torture in prison. Prison authorities deprived him of appropriate medical treatment during his 4.5-year imprisonment. His exact cause of death is unknown, but he had suffered from a paralyzing stroke in prison, intestinal cancer, and had bowel surgery in prison and was refused medical parole. Authorities quickly transferred his body to a funeral home and coerced his family to accept a prompt cremation hours after his death.

Depriving medical treatment is internationally recognized as a form of torture or inhumane and cruel treatment. Ji’s death comes after several human rights defenders and ethnic and religious minorities have died as a result of torture, including being deprived of medical treatment, with the perpetrators enjoying total impunity.

While in prison, Ji Sizun was named the 2019 recipient of the Cao Shunli Memorial Award for Human Rights Defenders in recognition of his long commitment to grassroots activism to promote human rights and provide legal assistance. Human rights defender Cao Shunli died in similar circumstances five years ago. In June 2019, we called on the Chinese government to end its extrajudicial detention of Ji in the hospital and address his deteriorating health, but the government ignored this call and let his health deteriorate to a fatal point.

Today, a number of gravely ill detainees or prisoners, like Huang Qi (黄琦), Hu Shigen (胡石根), and Li Yuhan (李昱函) continue to suffer from torture by being deprived of proper medical treatment in Chinese detention centers and prisons. They, alongside seven other HRDs, are listed on CHRD’s medical watch list. We are gravely concerned about their fate as the next victims of China’s deliberate method of persecution to death through torture by medical deprivation.

Ji served the 4.5-year prison sentence for “gathering a crowd to disrupt order of a public place” and “picking quarrels and provoking trouble.” Police initially seized Ji in October 2014 after he publicly supported the “Occupy Central” Hong Kong protests, and eventually convicted him in April 2016 on the two charges for helping petitioners to organize two protests in 2014. By June 2016, Ji’s health began to deteriorate in prison and he suffered a debilitating stroke in January 2018. Authorities denied lawyers’ request to grant Ji medical parole. In November 2018, Ji underwent bowel surgery.

Ji Sizun, born on December 10, 1949, had previously been jailed in 2008, after police detained him after he applied for a permit to demonstrate in an official Beijing Olympics “Protest Zone.” For this activity, he was convicted and sentenced to three years in prison on charges of “forging official documents and seals.”