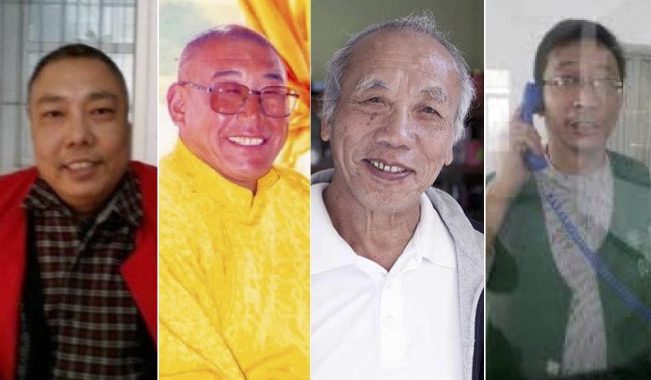 Three arrested Guangzhou activists initially detained during the crackdown around the 25th anniversary of June Fourth are being held unlawfully and should be released and provided reparations by the Chinese government, the UN Working Group on Arbitrary Detention (WGAD) decided in an opinion issued in November and recently made public. The Chinese government has deprived Tang Jingling (唐荆陵), Wang Qingying (王清营), and Yuan Xinting (袁新亭) of their liberty solely for exercising their rights to free expression, assembly, and association (Articles 19 and 20 of the Universal Declaration of Human Rights), according to the opinion. WGAD’s ruling follows communications on these cases that CHRD submitted to the Working Group in July 2014.

The Working Group reached its decision on the basis that the men have been denied their right to a fair trial and subjected to torture and prolonged pre-trial detention, and since the crime they were first charged with was changed to increase its severity. The WGAD also referred the case to the UN Special Rapporteur on torture.

Guangzhou police criminally detained the three on May 16, 2014, on suspicion of “creating a disturbance” for their role in the “Nonviolent Citizens’ Disobedience Movement.” However, a local procuratorate later approved their arrests on the more serious charge of “inciting subversion of state power.” Police held all three at the Baiyun District Detention Center during their criminal detention, where Tang Jingling reported being assaulted and Wang Qingying said he was tortured to force a confession. Upon being arrested on June 20, they were transferred to Guangzhou No. 1 Detention Center, where they remain held. They have now spent nine months in detention without being brought before a judge.

CHRD has documented 115 detentions of individuals swept up since October in the crackdown on supporters of the Hong Kong pro-democracy protests. Of all those once detained, 27 individuals are still in police custody—24 who have formally arrested and three others who are under criminal detention. Police have denied lawyers visits for an extended period of time for many detainees, some of whom have reported being tortured.[1]

To date, police in Beijing have recommended indictments in the cases of nine individuals:

Another 15 arrested individuals—all in Beijing or Guangdong Province—remain under police investigation:

Four more detained individuals in urgent need of medical treatment have been added to CHRD’s “medical watch list,” bringing to 21 the number of such cases that CHRD has identified and continues to track. The newly added detainees are Huang Zerong (黄泽荣 aka Tie Liu 铁流), Liu Jiacai (刘家财), Tulku Phurbu Tsering Rinpoche (普布泽仁仁波切 aka Pangri-na Rinpoche 布绒朗仁波切), and Yu Shiwen (于世文). Two others on the list, Mongolian activist Hada (哈达) and dissident writer Lü Jiaping (吕加平), have been released; Lü was just let out of detention on medical bail on February 17. CHRD launched the watch list in June 2014 in conjunction with the United Nations’ International Day of Support of Victims of Torture (see full list in English and Chinese).