Guest Post: The Repression of Human Rights Defenders in China

March 1, 2015       Comments Off on Guest Post: The Repression of Human Rights Defenders in China 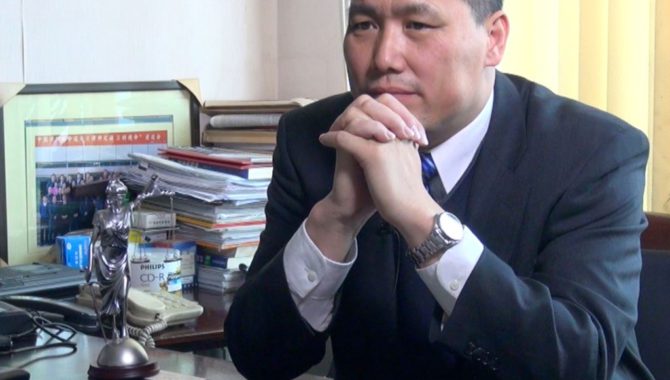 A prominent pro-bono lawyer disappeared into police custody in Beijing last November. The family of Xia Lin, a man known for defending death penalty cases and environmental activists, has received no information about him for more than three months. Xia’s newest client at the time of his abduction was Guo Yushan, the co-founder of a think tank that authorities had just shut down, and astonishingly, after police finished detaining that NGO’s staff, they went after Guo’s defence attorney as well. Xia Lin’s own lawyer has been denied access to his client, but it is believed that authorities are holding him on a concocted “fraud” charge.

Xia Lin’s case is a snapshot into the increasingly repressive environment for Chinese human rights lawyers, and indeed wider civil society, since President Xi Jinping took office in March 2013. Xia is one of eight rights lawyers who are facing criminal prosecution or were imprisoned in 2014, many just for representing their clients, in what is an unprecedented attack on the legal profession in China. For taking on cases the government feels are “politically sensitive,” many Chinese lawyers and legal advocates in the past decade have dealt with serious consequences: administrative penalties (including the delay or non-renewal of their license to practice law), harassment, physical and verbal threats and assaults, and even torture. But the increasing prospect of criminal detention—and almost certain imprisonment if a case goes to trial—is a newer phenomenon.

Other lawyers in danger of going to prison include the prominent and outspoken lawyer Pu Zhiqiang and his defence attorney, Qu Zhenhong, both arrested in Beijing last June. Xia Lin had also worked on Pu’s legal team. Lawyer Tang Jingling, whose law license was revoked in reprisal for his work in 2006, was arrested around the same time. Police arrested three other lawyers—Chang Boyang, Ji Laisong, and Yu Wensheng—after they tried to represent detained activists. Later released on bail, all three are living under tight surveillance and can still be tried. Also, a Beijing court imprisoned lawyer Ding Jiaxi for 42 months in April, meaning he will lose his law license upon his release as anyone convicted of a crime cannot practice law in China.

These detained lawyers are thrust into a criminal justice system where torture and mistreatment in detention centres is endemic. Law-enforcement agencies routinely ignore domestic laws and the lack of judicial independence from the Chinese Communist Party means courts usually turn a blind eye to allegations of torture. In one egregious case, police detained and tortured four lawyers in Heilongjiang Province in northeast China for trying to visit clients in early 2014. Doctors who treated the lawyers after their release reported they had 20 broken ribs amongst them, yet authorities never conducted an investigation into their complaints.

Detention centres have been systematically denying lawyers’ access to their clients, some of whom are lawyers themselves, in violation of China’s Criminal Procedure Law and the Law on Lawyers. Furthermore, many are languishing in lengthy pre-trial detention; Pu Zhiqiang, Tang Jingling, and Qu Zhenhong have been in police custody for nine months and have still not been indicted. Once their cases reach a court, they have little chance of receiving a fair trial.

Worryingly, the government has taken its crackdown on lawyers a step further, and has tried to criminalise lawyers’ speech in court. In draft amendments to the Criminal Law released in late 2014, a proposed change introduced overly broad language to criminalise “insulting”, “defaming”, and “threatening” speech, along with the vague, all-encompassing charge of “engaging in other acts that seriously disrupt the order of the court”. Hundreds of lawyers decried the proposal, stating that it seriously undermined procedural justice.

China’s rights lawyers, however beleaguered, have proven to be resilient. They are pushing back against the heightened suppression, joining rights defence communities and risking reprisals by signing open letters against abuses. But with China’s top leaders hijacking terms such as “rule of law” and “judicial reform,” the lawyers’ struggle for legal independence in China has become even harder.