February 17, 2015       Comments Off on China’s Problems With Torture & Impunity for Torturers 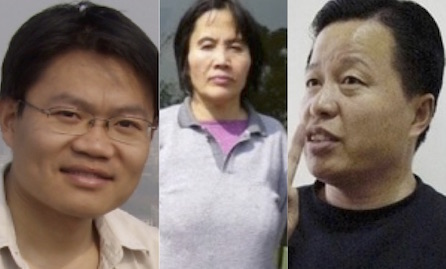 (Network of Chinese Human Rights Defenders – February 17, 2015) – Torture and mistreatment of detainees is endemic in China, CHRD has reported to the UN Committee Against Torture (CAT). The Chinese government has taken very few measures that are effective in combating acts of torture and instead provides impunity for alleged perpetrators of torture. CHRD raised these and other concerns in information submitted to CAT prior to its review of China’s implementation of the Convention against Torture, which is set for November.

“The Chinese government now has 10 months to clean up its act and bring its law and practice toward full compliance with its treaty obligations to end torture and impunity for torturers,” said Renee Xia, CHRD’s international director. “With mounting evidence from the past two years alone, it is clear that the Xi Jinping administration has continued to use torture and other mistreatment to suppress dissent of its government policies.”

The Convention against Torture, an international treaty banning torture and other mistreatment that China ratified in 1988, remains “invisible” in Chinese court proceedings and the criminal judicial system. Despite domestic laws banning torture, judges typically ignore or dismiss torture allegations as well as lawyers’ requests to throw out torture-tainted evidence during trials. Channels for victims to seek accountability and compensation are largely obstructed, to the extent that many victims of torture or their families, who tried to get courts to accept their lawsuits against alleged torturers, have been subjected to retaliation.

CHRD has reported many incidents of alleged torture put forth by detainees, their families, or lawyers since President Xi Jinping came to power two years ago, and as he has promoted a hard-line party agenda against “universal values” like human rights. From early 2013 to late 2014, over 250 human rights defenders around China were detained in three successive crackdowns, and over a thousand others deprived of liberty during the same period. Many of them have told of torture and mistreatment in police custody. For instance, activist Liu Ping (刘萍) raised torture allegations during her 2013 trial, but judges refused to order an investigation. Arrested in July 2013, Huang Wenxun (黄文勋) has reported being tortured in detention; he still has not been brought in front of a judge and has had little access to his lawyer. Lawyer Gao Zhisheng (高智盛), who was released from prison and placed under house arrest in August 2014, is in very poor health due to years of abuse. And four rights lawyers were severely beaten in a Heilongjiang Province police station in March 2014 for trying to visit their clients.

Deprivation of medical treatment to detained activists remains both a form of political retaliation and a commonly used form of torture by neglect, even to the point of contributing directly to deaths. In 2014 alone, three activists are known to have died soon after being released after being tortured and deprived medical treatment behind bars. In these cases, the individuals were only let go once it became clear to authorities that they would not survive—suggesting a deliberate tactic by those in charge to avoid any blame. Activist Cao Shunli (曹顺利) died last March after she was denied treatment for multiple medical complications, while authorities rejected family and lawyers’ requests for medical bail, in the course of over five months of her detention. Two Tibetans died soon after being released several years into long prison sentences—Goshul Lobsang (果秀洛桑) in March and Tenzin Choedak (丹增曲扎) in December. Tortured in prison and deprived of medical treatment, the men had been jailed after the March 2008 protests in the Tibet Autonomous Region.

In its 2008 review of China, CAT raised serious concerns about deaths in police custody, which remains a problem. More such deaths have occurred since 2009, but there have been very few known criminal punishments for alleged perpetrators. Authorities overseeing detention facilities have stood by “explanations” that lack credibility, claiming that detainees died of “natural” causes or “suicide,” even after autopsies and further investigation found physical evidence of violent assault of the victims.

Today, a dozen or so prisoners, such as Chen Xi (陈西), Xie Fulin (谢福林), Wang Yonghang (王永航) and Ilham Tohti (伊力哈木.土赫提), and several detainees, including Pu Zhiqiang (浦志强) and Tie Liu (铁流), are known to be subjected to mistreatment and are in very poor health. Some of these individuals’ family members fear they may die while incarcerated, and after being denied medical parole numerous times.

Violence against detained women in China has persisted. CHRD has reported in detail on abuses against women in black jails, which are run beyond the bounds of Chinese law. And although the “re-education through labor” (RTL) system of administrative detention has been abolished, some torture victims once held at the notorious Masanjia Women’s RTL camp have been retaliated against for seeking compensation; eight former detainees who had endured forced injections of medication, solitary confinement, and many forms of sexual violence were sent to prison in 2014 for terms of 12 to 18 months.

For the Chinese government to demonstrate any credibility in its international commitment, made more than 25 years ago, to eradicate torture and other inhumane treatment or punishment, it must take necessary legislative, law-enforcement, and judicial measures in full compliance with the Convention against Torture. Some recently proposed regulations concerning torture have such shortcomings that, once adopted or implemented, they would have little impact on combating the practice. For instance, the Supreme People’s Court began drafting updated guidelines in December 2014 to exclude “illegally obtained evidence.” But these guidelines, like all others before them, fail to adopt a definition of “torture” that is in line with the Convention. China’s Criminal Procedure Law, which was amended in 2012, included provisions to ban evidence gained from torture, but very few police officers or judicial officials who have violated the law have been investigated or brought to justice. In addition, the country’s first Mental Health Law, which took effect in May 2013, has left loopholes that allow a litany of abuses in psychiatric facilities, including forced medication and injection of drugs, involuntary commitment by police or government officials, and lack of access to appeal for judicial review by those who are forcibly committed.

Though the government has dragged its feet for more than 25 years in complying with its CAT treaty obligations, it still has time in the next 10 months, leading up to the November CAT review, to take concrete and effective measures toward implementing recommendations made by the UN Committee against Torture, in concluding its previous review of China in 2008, including: