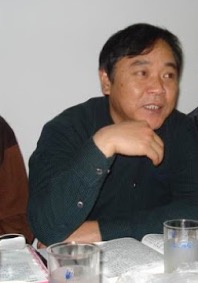 A group of unidentified men seized Beijing-based activist Liu Yongping (also known as Lao Mu, 老木) from his home on July 10, 2015, the same day activists Hu Shigen (胡石根) and Gou Hongguo (勾洪国) were seized. All three had planned to attend the same underground church gathering that day. Liu disappeared during a nationwide crackdown targeting human rights lawyers, and his residence was raided while personal belongings, including a computer, mobile phone, and books, were confiscated. Liu’s family and friends searched for him at the local police station, but received no response of his whereabouts.

On August 16, 2015, Liu’s family received a notice dated July 10 from Hexi District Public Security Bureau in Tianjin, stating that Liu has been held under “residential surveillance at a designated location” on suspicion of “creating a disturbance.” Liu’s lawyer requested to visit him, but authorities denied the meeting on national security grounds, claiming that Liu was being held on suspicion of “inciting subversion of state power.” After six months of secret detention, Liu Yongping was arrested on the more serious crime, “subversion of state power.”

Authorities released Liu on bail in August 2016, days after the show trials and swift convictions of his fellow church members Hu Shigen and Gou Hongguo. Following his “release,” Liu was held under house arrest in a guesthouse in Tianjin, and only allowed one visit home in Jiangxi Province, when his elderly father fell ill. On October 21, police in Tianjin handed him over to the local national security officers in Pingxiang, and he has been living with his parents under police sureveillance and forbidden from leaving Pingxiang. On April 21, 2017, national security officer took him back into custody but released him after 24 hours. His freeom of movement and communications continue to be strictly controlled.

Born in 1963 and originally from Jiangxi Province, Liu Yongping is a member of a Beijing house church called Yahebo (雅和博) Covenant Church, which is led by Hu Shigen. Before both Liu and Hu disappeared, police frequently disrupted weekly congregations and pressured members to stop engaging in church activities. According to his friends, Liu is an activist who prefers to keep a low profile for the support he provides to rights defenders in Beijing.