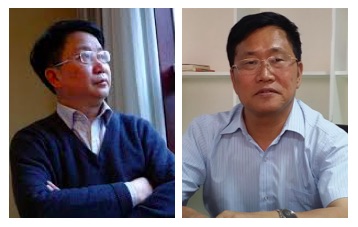 Independence of Judges and Lawyers

Since January, a substantial number of detained lawyers and activists, most of whom have been held incommunicado for nearly nine months, have supposedly “dismissed” their lawyers and “hired” other lawyers to represent them, according to police notifications. When families and family-authorized lawyers have demanded numerous times to meet the detainees to confirm any such “decisions,” police have rejected the requests. Police refusals to allow visits with the detainees to verify any changes of legal counsel raise the strong suspicion that the “decisions” have been coerced. All but one of the 11 cases that CHRD has documented are tied to the “709” crackdown targeting human rights lawyers.

In the cases (listed below), police have told families or family-authorized lawyers that the detainees, of their own violation, “fired” their legal defense and instead agreed to take on other lawyers appointed by the government. The complete lack of transparency about any changes in legal representation raises strong suspicions that police have grossly abused their power in coercing or threatening the detainees. Such a manipulative move deals another blow to the detainees, who have been deprived of access to defense counsel, visitation with their families, and other due process rights. The “709” crackdown detainees have been held incommunicado since last July, with authorities routinely citing concerns of “national security” or “interference” in investigations as pretexts. Though forced “dismissal” of defense lawyers is not unheard of in “politically sensitive” cases in China, it is alarming for there to be so many in such a short span of time, suggesting a systematic approach and decisions made in the high ranks of party leadership.

The suspected forced appointment of attorneys by police severely interferes with the independence of lawyers, and the detainees’ right to a fair trial will be seriously breached if they are tried while represented by attorneys forced upon them by authorities. Most of the individuals who have allegedly “fired” their lawyers have been arrested for “subversion,” a political crime for which a conviction carries a minimum of three years, and up to life imprisonment. Police appointed lawyers are unlikely to put forth a rigorous defense for a criminal suspect in a “politically sensitive” case, since such lawyers have been screened by authorities to ensure that they will stick to CCP-dictated guilty verdicts. For instance, police-appointed lawyers will not challenge “evidence” obtained through torture or coercion by police and get it thrown out in court, though such evidence, according to both Chinese law and international standards, is not legally admissible in court proceedings.

If, as suspected, detained HRDs have been forced to give up their lawyers—and then assigned others without giving free consent—this would violate both China’s Criminal Procedure Law (CPL) and international human rights standards. As spelled out by CPL, a criminal suspect has the freedom to choose their own legal counsel, or “entrust” their defense to certain individuals (Article 32). Similarly, the International Covenant on Civil and Political Rights guarantees criminal suspects the rights to both “communicate with counsel of [their] own choosing” and also wage a defense “through legal assistance of his [their] choosing” in the event of a trial (Article 14 (b, d)). Though China has not ratified the ICCPR, it is obligated to honor its provisions as a signatory (1998). Other international human rights treaties that China has ratified call for protections on the right to a fair trial, such as the Convention against Torture. Recently, many of the family-appointed lawyers and the detainees’ families raised the issue of the “dismissals” in an open letter to the National People’s Congress, and requested national legislators set up a special committee to investigate the myriad rights violations in these cases.

Many lawyers for these detainees were pressured by government agents long before they were allegedly “fired,” besides being blocked from meeting with them. Lawyer Yang Jinzhu (杨金柱), who had represented detained lawyer Zhou Zhifeng (周世锋), was summoned for questioning by Changsha police and warned by the Changsha City Judicial Department not to get involved in Zhou’s case. Another lawyer, Jinan-based Liu Shuqing (刘书庆), has paid an especially high price for trying to assist detainees from the “709” crackdown, as his license to practice law was suspended in mid-January (see CHRD’s previous reporting for more on intimidation of lawyers involved in “709” cases).

Except in one case, the following detainees who supposedly “fired” their lawyers were seized as part of the “709” crackdown (see more case details on CHRD’s website). All 11 detainees were either formally arrested or criminally detained in January, at which point authorities began to notify lawyers and families of the “dismissals.” In several “709” cases, a police officer named Li Bin (李斌), who works in pre-trial supervision at the Tianjin Municipal Public Security Bureau, has reportedly communicated with families and lawyers about the “firing” and re-appointment of lawyers. (Cases are listed in order of reverse chronological order, according to reported known dates of “notification” of the “firings.”)

Lawyer Yang Jinzhu (杨金柱) (left) was supposedly “fired” by arrested lawyer Zhou Shifeng (周世锋), among many such “dismissals” this year believed to have come about through coercion.