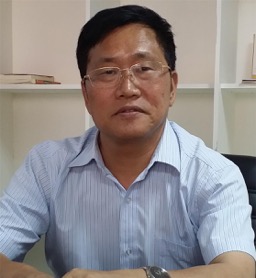 Lawyer Zhou Shifeng, the director of Beijing Fengrui Law Firm, was detained in July 2015 during a nationwide crackdown on human rights lawyers that particularly targeted his firm. Police initially took Zhou into custody on July 10 at a hotel in Songzhuang, on the outskirts of Beijing, where Zhou had gone to welcome the release of a client. His colleagues heard him shouting from the next room and rushed out and witnessed police taking him away with his head hooded. The next day, Xinhua state media published an article accusing his firm of running a “criminal syndicate” and serving as a platform for masterminding serious illegal activities to incite “social disorder” and gain “profits.” Citing the Ministry of Public Security, Xinhua confirmed the criminal detentions of the law firm’s director, several of its lawyers, paralegals, and administrative staff. As a continuation of a government smear campaign against his law firm, Zhou was featured in state media on July 19 “confessing”—likely under duress—that lawyers with Fengrui had been involved in “criminal activities.”

In June 2016, Tianjin police recommended Zhou be indicted, and transferred his case to prosecutors for review, according to his government-appointed lawyer. Tianjian No. 2 People’s Procuratorate indicted Zhou on charges of “subversion,” according to a post on the procuratorate’s weibo account dated July 15, 2016. Authorities held a short trial on August 4, 2016 and swiftly convicted Zhou Shifeng for “subversion” and sentenced him to seven years in prison. Zhai Yanmin and former Fengrui employee Huang Lijun testified against Zhou at his trial. According to state media, Zhou said he would not appeal his sentence. In October 2016, authorities tranferred Zhou to Tianjin Prison from Tianjin No. 1 Detention Center.

From the court transcript, authorities accused Zhou of working with activists Zhai Yanmin and Hu Shigen on advocacy campaigns around “politically-sensitive” cases. It claimed that Zhou had used the Beijing Fengrui Law Firm as a platform to launch these activities, and that lawyer Li Heping (李和平) used money from an overseas NGO to fund such activities. Zhai was accused of leading a group of petitioners in these activities and Hu led a religious group. Zhou was charged with attending a meeting with Zhai Yanmin, Hu Shigen, Li Heping, and 15 others at a restaurant in Beijing on February 1, 2015 to organize such activities, a meeting that public security officers had managed to record.

Authorities held Zhou Shifeng in de facto incommunicado since his detention began, and at one stage his family-hired defense attorney, Yang Jinzhu (杨金柱), was summoned for questioning by Changsha City Public Security Bureau and warned by the Changsha City Judicial Department not to travel to Beijing. After Zhou was formally arrested in January 2016, lawyer Yang went to Tianjin No. 1 Detention Center and demanded to see his client. Authorities denied the request, however, claiming that Zhou had engaged another lawyer to represent him. Zhou’s family refuted this claim, because they had not hired a new lawyer or received any written communication from Zhou about hiring a different lawyer.

In October 2017, the UN Working Group on Arbitrary Detention declared that Zhou’s detention is arbitrary and that the Chinese government must release him immediately and unconditionally, and provide compensation. To date, the government has ignored this opinion and Zhou remains imprisoned.

Zhou Shifeng, born in 1964 in Henan Province, began to practice law in 1995, and established Fengrui Law Firm in 2007. He has represented clients in several high-profile cases, including victims in the 2008 contaminated powdered milk scandal, dissident and writer Tie Liu (铁流), and Zhang Miao (张淼), a news assistant with a German newspaper who had been detained for supporting the Hong Kong protests in 2014. Under his leadership, Beijing Fengrui Law Firm has employed nearly one hundred lawyers, including several prominent rights lawyers who were also detained in the 2015 crackdown, such as Wang Yu (王宇) and Wang Quanzhang (王全璋). Zhou had also hired the influential activist Wu Gan (吴淦), widely known in China as “The Butcher” (屠夫), as a special advisor; Wu received an 8-year prison sentence in December 2017. Before his detention, Zhou Shifeng announced he was establishing a China Lawyers Defense Fund of eight million RMB ($1.2 million) to support the families of persecuted lawyers across the country.