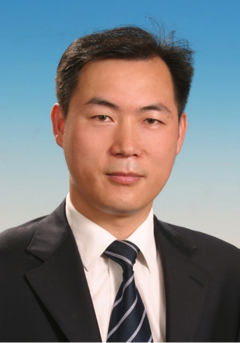 Beijing lawyer Li Chunfu was seized in the crackdown on human rights lawyers in 2015, going missing after police took him from his home and searched the premises on August 1. He was forcibly disappeared until police announced his arrest in January 2016. Li is the younger brother of lawyer Li Heping (李和平), who was also arrested in the crackdown. Li Chunfu was reportedly taken into custody after he inquired about the disappearance of his brother and tried to act as his legal representative. His case was transferred to Tianjin No. 2 People’s Procuratorate on August 7, 2016, who sent it back back to police for further investigation on December 5. On January 12, 2017, Li CHunfu was released on bail and returned home. However, he has displayed signs of a serious mental disorder that appears to be the result of his treatment and possible torture in detention.

Li, born in 1972, graduated with a law degree from Peking University and became a lawyer in 2005. He was a partner at Beijing Lanpeng Law Firm (北京市蓝鹏律师事务所律师) when he was taken into custody, and previously practiced at Beijing Gaobo Longhua Law Firm (北京市高博隆华律师事务所) and Beijing Dongyi Law Firm (北京市东易律师事务所). According to his most recent firm, Li Chunfu has defended hundreds of clients in all types of civil, corporate, and criminal cases, including successfully winning a case for over 200 iron miners in Hebei Province who sought social insurance. He has been retaliated against before for getting involved in rights defense cases. In May 2009, Chongqing police attacked and tortured Li and fellow Beijing lawyer Zhang Kai (张凯) while they were representing a Falun Gong practitioner who had died while held in a labor camp. Authorities also delayed renewing his law license that year. In addition, lawyer Li had represented imprisoned journalist Qi Chonghuai (齐崇淮).