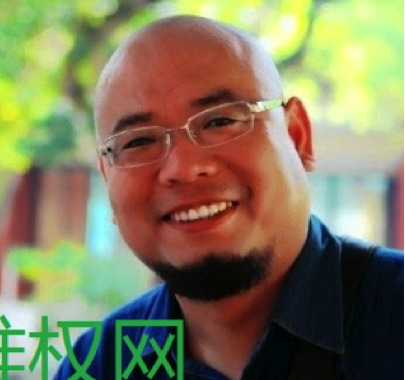 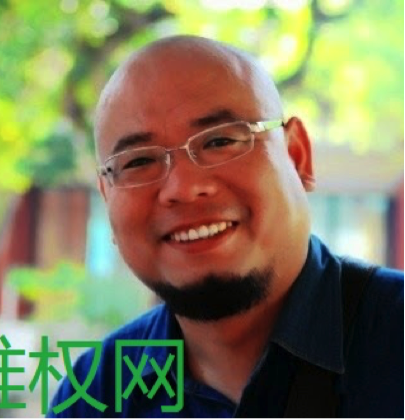 “I love my country. It’s because I don’t want to see hooligans monopolize political power and harm my country that I help people. Our thinking is very simple: we want to help make our country a happier place.”

– Wu Gan, describing the motivation for his activism in a video

Activist Wu Gan (吴淦), a prominent cyber activist known for unconventional advocacy campaigns that combine spirited online speech, humor, and street performance, was initially seized on May 20, 2015, outside a courthouse in Nanchang City in Jiangxi. Widely known by his screen name “Super Vulgar Butcher” (超级低俗屠夫), or “The Butcher” (屠夫) for short, Wu had gone to the city to stage a performance protest called “selling my body to raise funds,” to support harassed lawyers working on a death penalty case involving defendants who had been tortured to confess. Police alleged that Wu had cursed at the head of the court and held up protest signs in front of the courthouse, and Wu was issued a 10-day administrative detention. When that punishment was over, police from Fujian Province criminally detained him on May 27 on suspicion of “libel” and “picking quarrels and provoking trouble” and brought him to Yongtai Country Detention Center. A month later, police recommended he be arrested on those two charges as well as the more serious crime of “inciting subversion.” The Xiamen City People’s Procuratorate approved his arrest in July 2015 for “picking quarrels” and “inciting subversion.” Wu’s detention is also believed to be tied to the “709″ crackdown on human rights lawyers that began the same month he was formally arrested, as he had begun working that spring with Beijing Fengrui Law Firm, the main target of the crackdown.

After he was taken into custody, the state media agency Xinhua tried to vilify Wu’s campaigns. Published reports rebuked him for criticizing officials from Heilongjiang Province, where a policeman shot dead a male petitioner inside a train station in early May 2015. Wu and others had drawn the ire of authorities by expressing doubts online that the government’s investigation of the killing has any credibility. Beijing Fengrui publicly backed him following the media smear campaign, and he was represented in the case by Fengrui lawyer Wang Yu (王宇), whose own detention on July 9 marked the beginning of the massive police crackdown. Around January 20, 2016, Wu’s case was transferred to Tianjin, where the other “709” crackdown detainees are being held, and police re-started the period of investigation on his case, claiming that new evidence had emerged. On August 11, 2016, Tianjin authorities issued a notice to his lawyer refusing his request to visit Wu Gan, citing “national security” reasons and that Wu is now being held on suspicion of the more serious “subversion of state power” charge.

Wu Gan has often been denied access to his legal counsel, a familiar pattern with the “709” crackdown cases, and was held without a lawyer visit until nearly 19 months into his detention. On June 30, 2015, police denied a request for a visit by lawyer Yan Xin (燕薪), citing that Wu’s “inciting subversion” charge falls under the category of “endangering state security” crimes, and that Yan’s meeting him might lead to “leaking state secrets.” Tianjin police denied another request by Yan on February 5, 2016. Authorities finally allowed Wu Gan to meet lawyers Yan and Ge for the first time on December 9, 2016. On that day, he told them he was in relatively good health but had lost about 30 kilograms in detention. He also said that police had kept pressuring him to confess, and his lawyers filed a complaint to prosecutors on December 16 over mistreatment Wu Gan had suffered.

The Tianjin No. 2 People’s Procuratorate informed lawyer Yan Xin on August 22, 2016, that police had recommended indictment, and his case was moved to the prosecutor for review. On January 3, 2017, authorities at the Tianjin No. 2 Intermediate People’s Court confirmed to lawyer Ge Yongxi (葛永喜) that Wu had been formally indicted and his case transferred to the court. Lawyer Ge Yongxi was again denied a meeting with him, on May 2, 2017, and both he and lawyer Yan were reportedly blocked from meeting Wu on at least two other occasions later in May. Ge was allowed to meet Wu Gan on June 12, and lawyer Yan met the activist on June 21, 2017. Following these June visits, the lawyers indicated that Wu was “in good spirits,” and Yan observed that Wu appeared healthier than he had in December 2016.

Wu was eventually put on trial on August 14, 2017, after Wu had been in custody for 27 months. Authorities informed Wu’s legal counsel in advance that the proceedings at the Tianjin Municipal No. 2 Intermediate People’s Court would be closed to the public, citing “evidence” in the case that they claimed pertained to “state secrets.” There was a heavy police presence outside courthouse on the trial day; officers prevented supporters from observing the proceedings and reportedly took into custody over a dozen of Wu’s supporters. Fujian national security officers intercepted Wu Gan’s father Xu Xiaoshun (徐孝顺) in Beijing four days before the trial.

The court’s announcement about the impending trial claimed that Wu Gan admitted criminal wrongdoing. However, Wu Gan insisted on his innocence in a statement released through his lawyers before the trial, which read in part: “I will be convicted not because I am guilty, but because of my refusal to accept a government-appointed lawyer, to plead guilty in a televised propaganda confession, and because I exposed torture, mistreatment, violence, and prosecutorial misconduct.”

On December 26, 2017, the court announced that Wu Gan was sentenced to eight years in prison, the harshest sentence to date for an individual detained as part of the “709 Crackdown.” An official summary of the verdict stated that Wu had “used ‘rights defense’ and ‘performance art’ as a ploy” to “seriously harm national security and social stability,” and that he had “used the internet to disseminate voluminous statements attacking state power and the constitutionally established state order.” Wu remained defiant at his sentencing, declaring that he would appeal his conviction and punishment. The original verdict was upheld in April 2018, by the same Tianjin court.

On March 4, 2019, Wu Gan’s father visited him in Qingliu Prison and raised the alarm following the visit that Wu’s health had deteriorated due to torture he reportedly suffered under RSDL and pre-trial detention. After being transferred to Qingliu Prison in Fujian in July 2018, his health reportedly deteriorated and injuries from torture worsened due to the change in climate. Wu told his father that his blood pressure has risen, he suffers from dizziness and headaches, his body suffers daily from pain that makes it difficult to sleep, and that he now suffers from an abnormal heart rate and heart pains but has not been given a comprehensive examination to discover the cause. Wu also told his father that he believes he has a spinal injury caused by torture, as lifting his arms and carrying items is difficult.

Wu’s wife visited him in prison on April 19, 2019 in Qingliu Prison. According to her friend who revealed the information publicly, Wu Gan told her that he continues to suffer from the effects of being tortured while held in Tianjin. The small of Wu’s back is very weak and stiff, and he experiences a tingling sensation and lacks normal flexibility. He also suffers from a cervical spinal injury which has been left untreated and causes severe pain that prevents him from sleeping, making his mental state poor during the day. He believes this injury is likely the cause of pain he suffers in his shoulders and arm nerves, which makes moving his arms and hands difficult and which becomes worse during rainy periods. Wu reportedly told his wife that life had generally improved after being moved to Qingliu Prison (compared to Tianjin), because he wasn’t being tortured and bullied by fellow inmates, but conditions were tough and prison work was hard. However, it’s unclear how much medical treatment Wu is receiving for these injuries. The denial of medical treatment is a form of torture.

Wu Gan, born February 14, 1972, has been detained, threatened, and interrogated many times for his unique human rights activism. A military veteran, Wu later worked as a security guard at the Xiamen Gaoji International Airport for over 10 years. He resigned in 2008 and became a blogger and then an activist. In 2009, Wu became well-known for his campaigns on several high-profile public interest cases, such as that of waitress Deng Yujiao (邓玉娇), who killed a government official after he tried to sexually assault her in Hubei, and a forced confession case in Kunming in Yunnan Province, when police accused a father of prostituting his middle school-aged daughters. In Fujian, around 2012-13, he befriended activist You Minglei (游明磊) and You’s girlfriend (now wife) Zhao Wei (赵威), who is herself under arrest on suspicion of “subversion” as a part of the “709” crackdown. In a case believed to be retaliation for his son’s activism, Wu Gan’s father, Xu Xiaoshun (徐孝顺), was tried on charges of “evading official duties” in March 2016. Xu had first been detained in Fuzhou in 2013 and held for seven months before being released on bail. He was then re-arrested a month after Wu Gan was detained in 2015.

Mandates of the Working Group on Arbitrary Detention & the Special Rapporteur on the case of Wu Gan, February 8, 2018 (中文版本）