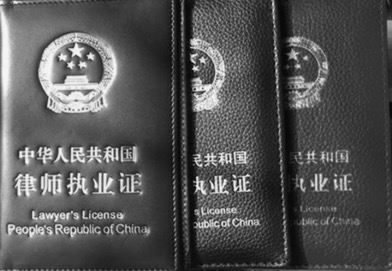 The newly amended Ministry of Justice “Administrative Measures for Law Firms” will further restrict lawyers from exercising their professional duties in defending clients’ rights involved in high-risk political cases. Under these measures, lawyers’ expression about abuses of their clients’ rights, and their gatherings to discuss defense strategies or file complaints about abusive police behavior at judicial offices, could lead to their dismissal by their law firms. Newly added provisions under the Administrative Measures, which go into effect on November 1, appear to provide some justification for reprisals already taken against human rights lawyers since President Xi Jinping came to power. These measures are also a stern warning to law firms to keep their lawyers in line or face penalties otherwise, indicating authorities’ worries that China’s 22,000 law firms have become incubators for Chinese lawyers’ growing independence despite the government’s fierce persecution.

“These measures are directed at human rights lawyers. In fact, authorities are catching up with punitive treatment of the lawyers detained in the ‘709 Crackdown,’ a Chinese human rights lawyer told CHRD. “Authorities have tried other tactics: detention, putting restrictions on lawyers’ ability to work, and criminal punishment…but none has brought the lawyers down to their knees…This new move exposes the hollowness of authorities’ claim to ‘govern the country according to the law,’ since they clearly didn’t follow any legislative process and completely ignored the Constitution.”

The Ministry’s new rules come more than one year after authorities launched a widely criticized crackdown on human rights lawyers in China, which began in July 2015. Police interrogated and intimidated over 300 lawyers and activists, and raided three law firms. A total of 22 individuals were arrested, of whom 14 are still detained. Authorities swiftly tried and convicted three activists and one lawyer in August 2016.

The amended measures aim at tightening controls over law firms, which authorities often seem to blame for “disruptive” and “unruly” behavior of lawyers; as prominent examples, police detained lawyers in the “709 Crackdown” for boldly challenging authorities’ interference in the judiciary, abuses of detainees, and unlawful trial procedures. Under the amended measures, the Chinese Communist Party (CCP)’s presence and participation in law firms decision-making is made mandatory. Article 4 stipulates that law firms must “strengthen Party-building,” “establish Party organizations,” “support Party activities,” and “perfect Party organs’ participation in the strategic decision-making of law firms.” Article 3 requires law firms to “support the leadership of the Chinese Communist Party.” Since 2012, the Ministry of Justice has ordered lawyers to take an oath that includes a pledge to uphold “the leadership of the Chinese Communist Party.” The amended measures, however, go even further by introducing in-house Party control and surveillance of law firms and lawyers, which will have an intimidating effect and further stifle free expression and undercut the ability of lawyers to work independently and impartially.

Another newly added provision will have an especially chilling effect on lawyers who may fear reprisal if they take on politically “sensitive” cases. Under Article 50 (translated below by CHRD), law firms may be required to dismiss lawyers for conduct such as speaking online or commenting about cases publicly, or the law firms could have their license revoked. Article 50 also includes vaguely-phrased provisions that seem to punish lawyers for the behavior of others, such as supporters who stage public demonstrations to show solidarity with defendants in cases of political persecution. Chinese lawyers face serious repercussions for their career if law firms dismiss them. Under Article 6 the Lawyers’ Law, a lawyer must be employed by a law firm in order to maintain the credentials to practice. For many human rights lawyers, it is very difficult to find a new firm to hire them if they have been dismissed for “political” reasons. Thus, in the degenerating legal environment, being fired by a law firm in China could very well mean the end to the professional life of a human rights lawyer.

A handful of prominent human rights lawyers have faced criminal charges for conduct that these measures are asking law firms to patrol. As one lawyer told CHRD, “The result [of the new provisions in these measures] is that either more lawyers will be afraid to speak out, or there will be more lawyers losing their licenses.”

Below is CHRD’s translation of the most troubling provisions under Article 50 in the amended Administrative Measures. Next to the text of each provision, we provide comments illustrating how these provisions work in tandem with ongoing persecution of lawyers and further restrict lawyers from defending the rights of their clients.

Article 50. Law firms shall perform their administrative duties in accordance with the law, educate and manage their lawyers in accordance with the law, standardize their business operations, and strengthen the supervision and administration of lawyers’ professional activities, and shall not indulge or condone the following behavior by their lawyers:

Before putting out the amended measures on September 6, the Ministry of Justice did not solicit public comments. However, under Article 14 of the Regulations on Procedures for the Formulation of Rules (2002), the Ministry must solicit a wide range of expert opinions and comments from the public when drafting or amending such measures. Lawyers who spoke with CHRD pointed out that amended provisions violate the Chinese Constitution and other existing laws, and several speculated that is precisely why authorities did not solicit public comments. A group of Chinese lawyers launched a petition on September 26 calling for the repeal of the new measures.

As several lawyers stressed, the changes to the Administrative Measures violate China’s Constitution, specifically Article 35, which guarantees the rights to freedom of speech, the press, assembly, association, procession, and demonstration. In one lawyer’s words, “These Measures overstep the legal boundaries of the Ministry’s authority, violate the Constitution, and are in conflict with the Legislation Law, Lawyers’ Law, and the Criminal Law.”

The new provisions also violate international human rights standards. The Universal Declaration on Human Rights guarantees the rights to a fair trial (Article 10), freedom of thought, conscience, and religion (Article 18), freedom of opinion and expression (Article 19), freedom of peaceful assembly and association (Article 20), and freedom of just and favorable conditions of work (Article 23). As a signatory to the International Covenant on Civil and Political Rights (ICCPR), China must not violate rights protected under the treaty. International norms regarding the basic principles of lawyers emphasize that lawyers have the same rights as citizens to freedom of expression, belief, assembly, and association (Article 23). The UN Human Rights Council, when renewing the mandate for the Special Rapporteur on the independence of judges and lawyers, stressed that an independent legal profession is one of the “essential prerequisites for the protection of human rights.”

The UN Human Rights Council, the High Commissioner for Human Rights, and the Special Rapporteur on the Independence of Judges and Lawyers, the EU, and countries striving for the rule of law must urge the Chinese government to repeal the Administrative Measures for Law Firms.