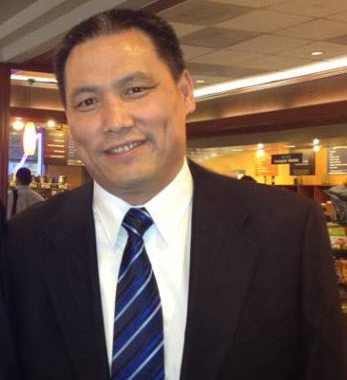 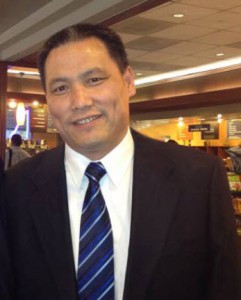 Pu Zhiqiang is a prominent human rights lawyer and partner at the Huayi Law Firm in Beijing. Police seized Pu on May 4, 2014, after he attended a private event the previous day commemorating the 1989 Tiananmen Massacre, and he was criminally detained two days later. Pu was arrested just as the legal limit for holding him under criminal detention was set to expire. In November 2014, the public security bureau recommended he be tried on two additional charges – “inciting ethnic hatred” and “inciting separatism” – reportedly due to social media posts Pu had written that criticised government policies in Xinjiang. Beijing No. 2 People’s Procuratorate indicted Pu Zhiqiang on May 15, 2015 on charges of “creating a disturbance” and “inciting ethnic hatred,” dropping two of the charges. Three days after Pu’s indictment, police released his neice Qu Zhenhong (屈振红) on “bail pending further investigation.” Following Pu’s conviction and suspended prison sentence, Beijing judicial authorities disbarred him on April 13, 2016.

Pu suffers from medical conditions, including diabetes, high blood pressure, high cholesterol and prostatitis (an infection of the prostate that, if left untreated, can spread to other parts of the body, including the kidneys, and possibly lead to organ failure). Officials confiscated his medication when he arrived at the detention facility in Beijing, and he was later offered pills that he did not recognize. Pu’s lawyer Zhang Sizhi (张思之) visited his client on June 9, 2014, and Pu said he was being given some treatment for diabetes, including insulin, but that his legs were swollen, a typical sign that a diabetic patient is not being properly treated. He also told Zhang that he had been subjected to interrogation for 10 hours a day. Zhang visited Pu again in July, and reported that Pu’s conditions have led to a general swollenness. Zhang sought Pu’s release on medical grounds multiple times, with the second application denied on June 9 on the grounds that Pu would “pose a danger to society” if released, and the third application in July also rejected. Pu was taken to a hospital on August 15, 2015 due to shortness of breath and was given traditional Chinese medicine before being released. His lawyer Shang Baojun (尚宝军) visited him two days later and reported his health was not good, including worsening of his prostatitis, not being able to sleep, and high blood sugar.

Born on January 17, 1965, in Tangshan City, Hebei Province, Pu Zhiqiang entered Nankai University in Tianjin in 1982, and graduated four years later with a degree in history. Afterwards he became a history teacher at a vocational school in Hebei, until he was accepted into a Masters of Law program at China University of Political Science and Law in Beijing. He took part in the 1989 pro-democracy demonstrations, including in the hunger strike in Tiananmen Square. After earning his degree in 1991, Pu was blocked from employment because of his activism and refusal to write a statement of repentance. It wasn’t until 1995 that he took the bar exam and received his license, and he began working as a lawyer in 1997. He has defended a number of human rights defenders, activists, victims of Re-education through Labor (RTL), Tibetans, and other high-profile cases related to free expression. From 2000 to 2003, he was a professor at the Beijing Broadcasting Institute (later renamed Communication University of China).

Among his cases, Pu represented environmental activist Tan Zuoren (谭作人) in 2009, artist Ai Weiwei (艾未未) in 2011, and petitioner Tang Hui (唐慧) in 2013; Tang had been sent to RTL after seeking justice for her daughter, who was raped at the age of 11. In 2012, he embarked on a series of RTL cases in Chongqing which helped raise public awareness of the system, and contributed to a wider debate about RTL in both foreign and domestic media. After the abolishment of RTL in 2013, he turned to taking on cases related to shuanggui, an extralegal disciplinary process for Party officials. In addition to practicing law, Pu Zhiqiang has been involved in promoting rule of law. He was one of the first signatories of Charter 08, a manifesto for political and legal reforms to advance democracy and human rights in China.

Pu Zhiqiang’s call for an investigation into former national security head Zhou Yongkang (周永康) in February 2013 was widely disseminated and discussed on Chinese social media before being deleted by government censors.Zhou, who had led the rapid growth of the state security apparatus before retiring from the Politburo Standing Committee in 2012, has been the focus of a CCP internal corruption investigation since 2013. Qu Zhenhong (屈振红), Pu’s niece who works as a lawyer in his firm, was arrested on June 13, 2014. The reason for Qu’s arrest has not been confirmed, but some activists speculate that she was seized for assisting journalists in “illegally obtaining personal information” about Zhou Bin (周滨), Zhou Yongkang’s son. Pu was charged with the same crime, which may be related to this case as well.

“Individuals Affected by Government Crackdown Around 25th Anniversary of Tiananmen Massacre,” May 29, 2014, CHRD