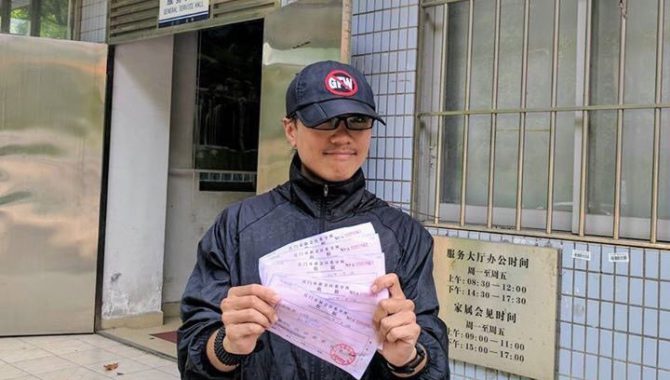 (Chinese Human Rights Defenders – September 21, 2017) – Chinese authorities must immediately release activist Zhen Jianghua (甄江华) and end the criminalization of human rights activities. Zhen has been held incommunicado since September 1 on suspicion of “inciting subversion of state power.” The detention is clearly an act of government reprisal against Zhen for exercising his right to free expression and advocating on behalf of victims of rights abuses. Zhen’s incommunicado detention has put him at serious risk of torture.

Zhen Jianghua, 31, has led advocacy campaigns on the online platform Human Rights Campaign in China, which publishes information about rights abuses in China. His detention, which occurred just weeks before the Chinese Communist Party’s 19th Congress, is another sign of the escalation of Xi Jinping’s crackdown on civil society groups. Zhen’s detention follows several detentions last year of leaders in advocacy groups that use the Internet to monitor human rights developments in China, including Huang Qi of “64 Tianwang” and Liu Feiyue of Civil Rights and Livelihood Watch. 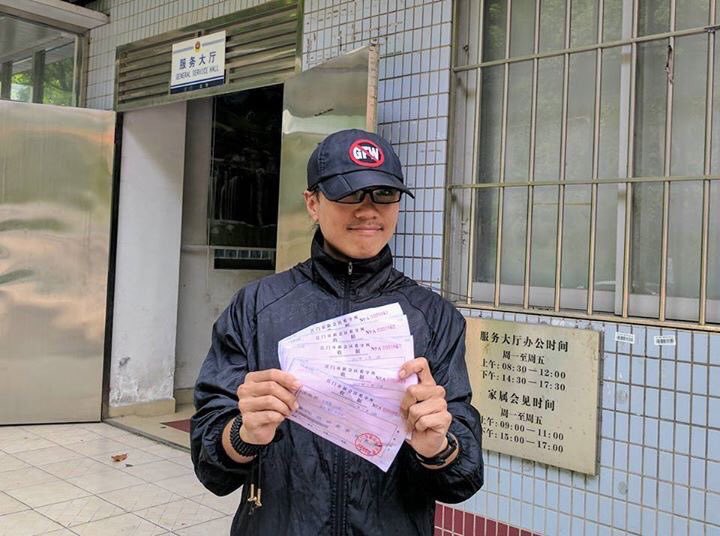 On September 1, uniformed and plainclothes police took Zhen from his apartment in Zhuhai City, Guangdong Province. Later that night, approximately 20 officers took him back and searched his residence, confiscating cellphones and computers. Police returned on September 2 to conduct a second search, taking promotional materials and documents related to Human Rights Campaign in China (HRC China, 权利运动). Police did not produce a detention notice for Zhen’s family when seizing him, nor any warrants for the two searches of his apartment. Zhen, whose whereabouts were unknown for several days after police took him into custody, was criminally detained on September 2 for “inciting subversion,” though his family did not receive an official notice until September 7. He is being held at Zhuhai City No. 1 Detention Center. The activist’s girlfriend was also briefly detained for questioning by police on September 1, but released the next day.

Independent rights advocacy groups in China have faced increased suppression since 2013, when Xi Jinping came to power. In April 2016, China adopted the Overseas NGO Management Law, which will have the effect of cutting off overseas support for organizations, which had already been under pressure to shut down or censor themselves during Xi’s administration. Last November, Chinese authorities detained two long-time leaders of advocacy groups—Liu Feiyue (刘飞跃), the director of the Civil Rights & Livelihood Watch (民生观察), and Huang Qi (黄琦), the director of 64 Tianwang Human Rights Center. Liu, based in Hubei, is being detained on suspicion of “inciting subversion of state power.” The Sichuan-based Huang is facing a charge of “illegally providing state secrets to foreign entities.” Huang’s health, already in a poor state when he was first taken into custody, has declined so severely that there are fears that he will die behind bars.

As Xi’s government has tightened its control of the Internet, the act of reporting human rights issues online continues to lead to prison sentences. Huang Qi had served two past sentences before his current detention. Two volunteers with 64 Tianwang have received lengthy punishments; Wang Jing (王晶) was sentenced to four years and 10 months in April 2016 after being convicted of “picking quarrels and provoking trouble,” and Wang Shurong (王淑蓉) was sentenced to six years in April 2017 upon conviction for “using dangerous methods to undermine public security” and “picking quarrels and provoking trouble.” In another case, citizen journalist Lu Yuyu (卢昱宇) of Yunnan Province received a four-year prison sentence in August 2017 after being convicted of “picking quarrels and provoking trouble.” Lu was detained in June 2016 with Li Tingyu (李婷玉), his girlfriend and another online journalist. For several years, the two had chronicled public protests in China and posted the information online at “Not the News” (非新闻 @wickedonnaa). Li Tingyu eventually was released under unclear circumstances.

Zhen Jianghua had worked with charity organizations in Guangdong and Macao in the mid-2000s. He helped organize and was active with ATGFW.org, a group founded in 2012 to provide technical assistance to activists to circumvent the government’s cyber censorship and Internet information controls. (The group’s abbreviation stands for “Across The Great Firewall, We Can Reach Every Corner In The World.”) In recent years, and since becoming involved with Human Rights Campaign in China, Zhen has occasionally been detained for short periods in retaliation for his advocacy efforts, such as when he went to Wukan Village in Guangdong in September 2016 to speak with local residents who were protesting official corruption and detention of a popular village leader. Zhen has also been a strong supporter of the detained rights lawyers and their families in the “709 Crackdown,” and has frequently joined demonstrations outside detention centers to show moral support to detained rights activists.

The Chinese government has been unrelenting in criminalizing human rights activities and retaliating against rights defenders like Zhen Jianghua at home, which is being done hand in hand with its aggressive push-back against criticism at international human rights forums. Just this week, the Chinese government, a member of the UN Human Rights Council, is taking part in the HRC’s 36th regular session in Geneva, where it has fervently defended its human rights record against criticism of its mistreatment of Liu Xiaobo, the 2010 Nobel Peace Prize laureate, which led to his death in police custody this July, and the continuing house arrest of his widow, Liu Xia. It is imperative that the international human rights community hold the government accountable for its pledge to fulfill HRC member obligations, including to “promot[e] universal respect for the protection of all human rights and fundamental freedoms for all.”