“Development Without Women” Is Unsustainable & Unjust: China Must End Discrimination & Violence Against Women

November 30, 2017       Comments Off on “Development Without Women” Is Unsustainable & Unjust: China Must End Discrimination & Violence Against Women 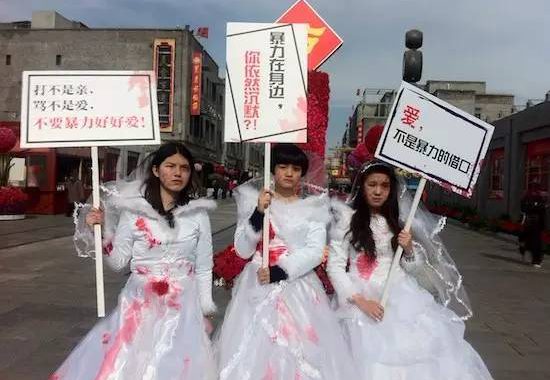 (Network of Chinese Human Rights Defenders – November 30, 2017) – Women in China face widespread discrimination and abuses both in their public and personal lives. Physical violence against women remains common. Such incidents often go on uninvestigated, and suspects continue to enjoy impunity. Under President Xi Jinping, protections for women’s rights has become even more of a mirage, particularly when women’s rights defenders and feminist NGOs have been targeted as Xi tightens the communist party’s grip on civil society. This is the grim reality for Chinese women as the UN marked the International Day for the Elimination of Violence against Women on November 25 and the International Women Human Rights Defenders Day on November 29. The government makes hollow claims about its leadership in protecting the women’s rights. Beyond the official rhetoric, the truth is more visible, as Chinese women face widespread discrimination and violence. In highlighting these problems, CHRD urges the Chinese government to take effective measures to protect women’s rights.

CHRD is seriously concerned about the persistent gaps between empty government statements about women’s equality and any actual improvements on women’s rights. Xi Jinping claimed in a speech at the UN in 2015 that “development cannot be achieved without women.” Meanwhile, Xi has presided over an assault on rule of law and civil society, closing down women’s NGOs and detaining women’s rights activists advocating for women’s equal enjoyment of economic, social, and cultural rights. The government completely ignored a key recommendation made in the report by the UN working group on women following its 2013 visit to China, where the experts recommended the government consult with a “wide diversity of stakeholders,” including civil society organizations. Newly adopted laws, particularly China’s first Domestic Violence Law, which took effect in March 2016, and national action plans and programs pledging to improve women’s status, have not been effectively implemented in China.

CHRD is particularly alarmed by the deteriorating conditions of women’s rights in the specific areas below. (For more information, see a “joint report” on CHRD’s website, which was compiled by CHRD and grassroots Chinese activists, lawyers, and rights groups.) 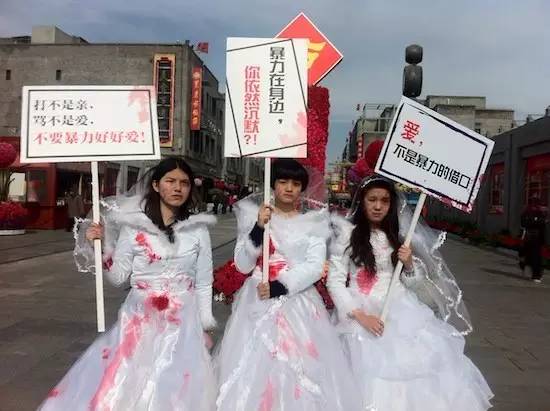 There have been a number of incidents of violence against women human rights defenders where no investigation has been conducted and no perpetrator prosecuted. Last month, police in Shenyang detained lawyer Li Yulan (李昱函), hooded and handcuffed her, and threatened to kill her. She has since been formally arrested, likely in reprisal for supporting detained lawyers and their families from the “709 Crackdown,” including acting as counsel for lawyer Wang Yu (王宇), a prominent crackdown target. Li, 60, had previously been subjected to police brutality in her decades-long legal practice defending victims of rights abuses. In another case, rights defender Li Xiaoling (李小玲) of Guangdong, arrested for commemorating victims of the Tiananmen massacre in Beijing, suffers from an eye injury exacerbated by police violence during her detention, which has worsened since she was not given proper treatment while in custody.

Violence and deprived medical treatment in detention have led to the deaths of several women rights defenders in detention. Despite the 2015 recommendations by the UN Committee against Torture to thoroughly investigate several deaths in custody, the Chinese government has not done so, including in the cases below. In these cases, the government silenced and harassed family members who demanded investigations and accountability.

Refusals to release women defenders on medical grounds and to deprive proper medical care have become preferred tools of punishment for the government. Detained lawyer Li Yuhan suffers from multiple heart conditions and other illnesses. Her lawyer has disclosed that guards at the detention facility in Shenyang have subjected her to cruel and inhumane treatment, worsening her physical condition. Su Changlan (苏昌兰), a housing and women’s rights activist from Guangdong, survived deteriorating health problems without proper treatment during a three-year sentence for “inciting subversion of state power,” while authorities repeatedly rejected requests by family and lawyers to grant her medical parole. She was released only at the end of her prison term, in October 2017. In an especially egregious case, Xiao Yunling (肖蕴苓), an 80-year old rights defender from Jilin, is serving a six-year sentence despite rapidly worsening health. The prison arranged an eye surgery for Ms. Xiao that was ineffective, but authorities have refused to release her on medical grounds or allow her to receive appropriate follow-up treatment.

The list of detainees and prisoners subjected to deprivation of medical treatment is growing. Of particular concern is the situation of Liu Xia (刘霞). Liu is the widow of Liu Xiaobo, the Chinese Nobel Laureate who died of cancer under questionable circumstances, which reportedly involved poor prison conditions and delayed diagnosis and treatment. Liu Xia, who suffers from heart disease and depression, remains under house arrest. Authorities continue to refuse to allow her to leave the country for medical treatment.

Women continue to face violence and abuse in their private lives. Several issues of concern raised by the UN Committee on Elimination of Discrimination against Women in 2014 remain problematic. Government data on violence against women is either unreliable or unavailable; China has provided CEDAW with only partial data about shelters for battered women and about rape cases, including marital rape. Women’s rights activists believe that there is a much higher prevalence of domestic violence than reflected in numbers that China reported to CEDAW in December 2016. One activist told CHRD that the low number of “protective orders” issued by Chinese courts obscured the prevalence of domestic violence in the country. Even the All-China Women’s Federation, a government-organized “mass organization,” has acknowledged that domestic violence against women and children occurs in nearly a quarter of all Chinese homes.

Since the Domestic Violence Law (DVL) took effect in March 2016, domestic violence in China remains rampant and severely underreported. A victim of domestic violence in China endures an average of 35 incidents of violence before reporting the abuse to police, according to one women’s rights activist. Under the DVL, domestic violence is largely handled as a civil offense, not a crime, and only the most “serious” cases might be prosecuted under China’s Criminal Law. The underreporting of violence, combined with the high threshold for violence to be considered a criminal offense, means that few domestic abusers are ever prosecuted. Two main measures stipulated in the DVL for protecting victims—written police warnings and court-issued protective orders—are difficult to enforce, leaving the abused vulnerable to further violence.

Several women’s rights groups in China released a report on the DVL’s implementation in March 2017, based on surveys they had conducted. The report finds that the law has not been adequately publicized and many women are unaware of legal protections, and that there are not enough shelters to meet the needs of victims. The report shows that the numbers of police issued warnings and court issued protective orders are uneven across the country, and extremely low in many cities or provinces, relative to their populations. As one example reported in state media, courts in Tianjin’s Hexi District, which has nearly one million residents, reviewed only 87 such applications from March 2016 to August 2017, and issued protective orders in 31 cases.

Unfortunately, due to lack of transparency and reasonableness in the follow-up reporting procedures carried out by CEDAW, a UN human rights body of independent experts, independent NGO assessments of China’s implementation of the Convention to Eliminate All Forms of Discrimination against Women did not enter CEDAW’s own assessment in September 2017. The review relied solely on the Chinese government’s reporting and should therefore be viewed with skepticism.

Xi Jinping has ushered in a “new era” of aggressive government promotion internationally of the “China model” of development—one that is devoid of the rule of law, human rights protections, or participation by independent civil society. CHRD therefore urges all UN human rights bodies to take special measures to facilitate independent civil society participation in monitoring China’s implementation of its human rights commitments and treaty obligations. We believe that, for women and especially women human rights defenders in China, a country ruled by a male-dominated authoritarian government, any assessment of women conditions without genuine consultation with independent women’s rights NGOs undermines the mission and mandate of CEDAW.

The Chinese government must take effective measures to protect women from violence and promote equality in both public and private domains, and end all forms of cruel and inhumane punishment of women human rights defenders. Economic development does not equal or lead to protection of economic, social, and cultural rights. An economically developed society that does not respect and protect women from violence and abuses, that has little space for women’s equal participation in public and political affairs, is not only unsustainable but is also grossly unjust.