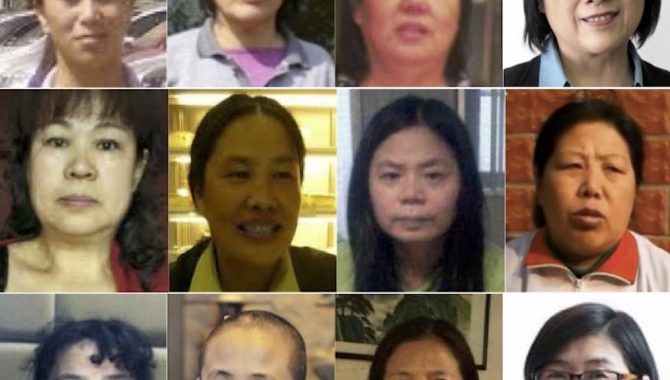 (Network of Chinese Human Rights Defenders — September 16, 2015) CHRD is concerned that the Chinese government is to co-host a world summit with UN Women on gender equality and women’s empowerment, at a time when women human rights defenders and NGOs are facing unusually harsh repression under President Xi Jinping. Xi will open the global meeting at the UN headquarters in New York on September 27.

“China has no right to sponsor this world summit on women,” a woman defender told CHRD. “The government doesn’t give even a sliver of protection to women and girls, especially women petitioners and women with disabilities, either politically or economically. Giving it a ‘leadership’ role as a co-host for the summit is very disturbing.”

CHRD supports UN Women’s agenda to promote gender equality and female empowerment, but the UN group is sending the wrong signal to women’s rights activists in China and around the world by partnering with the Xi government. UN Women and the Chinese government announced the summit plans just two days after the detention of the Five Feminists, young women advocating for women’s and LGBT rights; the announcement in effect gave Chinese authorities a propaganda boost at a time when the international community should have been condemning the detentions. The prominent role of President Xi—he is not only opening the event but also chairing a session on youth and women’s rights and gender equality—completely ignores the fact that he has presided over one of the most severe crackdowns on civil society in decades.

It is particularly disturbing that UN Women has partnered with the Chinese government while women defenders in China face serious reprisals for trying to engage with UN human rights instruments or participate in UN activities.

One woman, Cao Shunli (曹顺利), paid with her life for trying to engage with the UN: she died in March 2014 after authorities denied medical treatment during a five-month detention. Cao had campaigned for civil society participation in the 2009 and 2013 Universal Periodic Review (UPR) of China. Police seized her at the airport in Beijing as she was boarding a flight to Geneva, where she was to attend the UPR, and repeatedly refused her lawyer’s requests for medical bail as her health worsened. Since her death, the Chinese government has intimidated her family and refused to allow an independent investigation into her death. China and other like-minded countries blocked international NGOs attempt to hold a minute of silence in Cao’s memory during the UN Human Rights Council session in March 2014.

Women rights advocates who worked alongside Cao Shunli—Chen Jianfang (陈建芳), Ge Zhihui (葛志慧), Liu Xiaofang (刘晓芳), and Peng Lanlan (彭兰岚)—have also been punished with detention and torture. Women defenders Ye Haiyan (叶海燕) and Wang Qiuyun (王秋云) faced obstacles and punishment when they also tried to participate in a UN review of China’s record on eliminating discrimination against women. Ye was detained when she tried to raise public awareness about the review, while police prevented Wang from traveling to Geneva to discuss problems concerning Chinese women affected by HIV/AIDS in a program partially funded by UN Women. 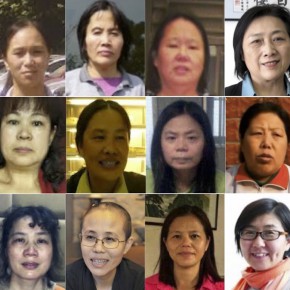 Female empowerment starts with allowing members of civil society the space to promote and protect women’s rights without fear of reprisal. But women human rights defenders and NGOs championing women’s rights have paid a heavy toll under the Chinese government’s escalating crackdown against civil society, with leading women defenders subjected to criminal detention, violent assault, intimidation, and other forms of mistreatment.

One of the few female human rights lawyers, Wang Yu (王宇), has disappeared into secret detention for more than two months after police broke into her home on July 9. Wang has been an influential figure in her field and represented women and girls in cases of sexual violence and discrimination, as well as prominent female activists like the Five Feminists and Cao Shunli. She was the principal target of the current crackdown on human rights lawyers, which has subjected more than 20 lawyers to some form of enforced disappearance, where they are at great risk of torture and mistreatment. Five UN human rights experts and the High Commissioner on Human Rights have condemned China’s targeted crackdown against lawyers.

Journalist and champion of media freedom, Gao Yu (高瑜), was sentenced to seven years in prison after being convicted on a state secrets charge in April. Imprisoned in the past for her role in the 1989 pro-democracy movement, Gao was previously honored by the UN with the UNESCO World Press Freedom Prize. Gao, 71, is in urgent need of proper medical treatment for heart problems and high blood pressure, among other illnesses, but authorities have repeatedly rejected requests for medical bail.

Chinese women who seek to participate in local politics, where women are not well represented, can face tremendous risks. Two women activists Liu Ping (刘萍) and Li Biyun (李碧云) faced repeated attacks when they tried to run as independent candidates in their local People’s Congress elections in 2011, including being locked up and tortured by police on numerous occasions. Liu is currently serving a six-and-half-year sentence, and Li continues to face police surveillance and violence by unidentified men, following 14 months in detention.

Housing and land rights activists Su Changlan (苏昌兰), Jia Lingmin (贾灵敏), and Feng Jiawen (凤加文) have all been detained since last year. Su is accused of “inciting subversion of state power” for supporting the Hong Kong pro-democracy protests in October 2014, and has still not been brought before a judge. Jia, detained in May 2014, was put on trial with marred court proceedings on a charge of “creating a disturbance,” and is awaiting a verdict. Authorities sentenced Feng to 14 months’ imprisonment on a “creating a disturbance” charge for fighting against the discrimination against rural women in land cases, and she recently lost her appeal. Feng’s case is emblematic of persistent discrimination against against rural women in China, in part due to the government’s failure to protect rural women’s equal rights to land.

Women from disadvantaged social and economic groups account for the vast majority of detainees in China’s illegal black jails, especially since the abolition of the Re-education through Labor (RTL) system. Women detained in these lawless makeshift facilities face sexual assault, verbal abuse, and other degrading and humiliating treatment. Victims of the notorious Masanjia women’s RTL camp have not been compensated for the torture they suffered. Instead, many have faced retaliation, including prison, for their persistence in demanding justice. Zhu Guiqin (朱桂芹), a Masanjia victim, was detained for seeking compensation and will be put on trial this week.

The Chinese government also targets women simply for speaking out for their loved ones. Such is the case with the poet Liu Xiu (刘霞), in poor health and under house arrest for years after calling for the release of her husband, imprisoned Nobel Peace Prize winner Liu Xiaobo. Authorities sentenced recent university graduate Bian Xiaohui (卞晓辉) to three-and-a-half years in prison after she demanded the right to see her father after he was jailed for his religious beliefs.

To show meaningful effort towards promoting gender equality and women’s empowerment and to live up to the honor of co-hosting a UN summit, the Chinese government must immediately take the following steps to improve its record on protecting women’s rights:

CHRD also calls on the international community to sign this petition calling for the release of Chinese women rights defenders, and help send a message to UN Secretary-General Ban Ki-Moon and UN Women that a country co-hosting a global summit on women must protect women’s rights and female defenders.