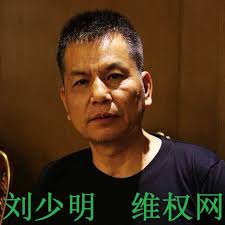 Liu Shaoming (刘少明), a prominent Guangdong-based labor activist, was seized by unidentified men in the late evening of May 29, 2015. He was initially held on suspicion of “picking quarrels and provoking trouble” but formally arrested that July for the more serious charge of “inciting subversion of state power.” Police interrogations focused on Liu’s labor activism and support for rights activists and lawyers, according to his lawyers. However, the case indictment accused Liu of criminal acts for exercising his free expression rights, specifically for disseminating political writings that he had either compiled or authored. Just five days before he was detained, Liu had posted an essay online, titled “June Fourth Remembrances” (六四回忆录), about his experience taking part in the 1989 pro-democracy movement in Beijing. The essay, though not listed in the indictment as evidence against Liu, was likely a significant factor in his incarceration, as the Chinese government heavily censors any discussion about June Fourth, and Chinese citizens are routinely detained for commenting on the events of 1989.

At his trial in April 2016, prosecutors claimed that Liu had “engaged in rumor mongering and slander against state power and socialism” by sharing essays and other “expressions” via WeChat, QQ groups, and Telegram in 2014 and 2015. Among the works referenced were “A Letter to the CCP’s Low-ranking Soldiers and Police in the Armed Forces” (给中共当局基层武装力量的士兵和警员的一封信) and “My Views on the Overseas Democracy Movement” (我对海外民运的看法). Liu made a statement in court defending his pro-democracy and human rights activities, arguing that he was being persecuted since he had “expressed some political opinions that diverge from those of authorities.” Prosecutors asked the court to convict him as a “recidivist” due to a previous conviction, following the breakup of the 1989 democracy movement (see below). Prior to Liu’s trial, authorities had largely obstructed the activist’s access to his lawyers, Wu Kuiming (吴魁明) and Ran Tong (冉彤), denying visits on the grounds that they might “endanger national security.” Police only granted his first lawyer visit in November 2015.

Liu was sentenced to 4.5 years in prison in July 2017, a punishment he said in court that he would appeal. A large police presence, including many public security vehicles, blocked the entrance to the courthouse and prevented his supporters from entering to observe the sentencing. After the hearing, Liu said that he had not been notified by authorities in advance that he would be tried that day. Reportedly, officers did not allow him to use the toilet before the hearing nor sit down in the transport vehicle from the detention center, and court bailiffs treated him roughly and insulted him when he arrived at the courthouse.

In recent years, Liu had largely concentrated his advocacy on migrant workers’ rights in China’s southern Pearl River Delta region. Shortly before he was detained in 2015, Liu had helped found “Labor Defense Volunteers” (工维义工), a collective in Guangzhou whose members advocate on behalf of laborers in the area. Liu also had been involved in broader rights-defense campaigns. He had actively called for the release of activist Guo Feixiong (郭飞雄), lawyer Tang Jingling (唐荆陵), and other participants in the Southern Street Movement, in which activists took to public spaces to express political ideas. Liu also traveled beyond the province to join rights-defense campaigns. He went to Xinyu City in Jiangxi in 2013 to call for the release of local activists, including the imprisoned Liu Ping (刘萍) and Wei Zhongping (魏忠平), and had gone to Jiansanjiang in Heilongjiang Province in 2014, where lawyers had been detained after trying to defend Falun Gong practitioners. Before his current detention, Liu was increasingly summoned and harassed by police in retaliation for his activism, and briefly detained on many occasions.

Liu Shaoming, born July 9, 1958, in Jiangxi Province, left his family in May 1989 while he was working at a steel factory, and went to Beijing to take part in the pro-democracy movement. Liu lived in a tent in Tiananmen Square and joined the Beijing Workers’ Autonomous Federation–recognized as China’s first independent labor union–administering first-aid to protesters and remaining in the square until the early hours of June Fourth. Police later identified Liu, and he was jailed for one year for “counterrevolutionary propaganda and incitement” for participating in the movement. A migrant laborer before turning to activism, Liu had worked in Guangdong as a porter, construction worker, business manager, factory director, advertisement salesman, and copywriter for advertising pamphlets.

Free 1989 Pro-Democracy Figures Incarcerated Today for Keeping Up Fight for Justice, May 31, 2017, CHRD