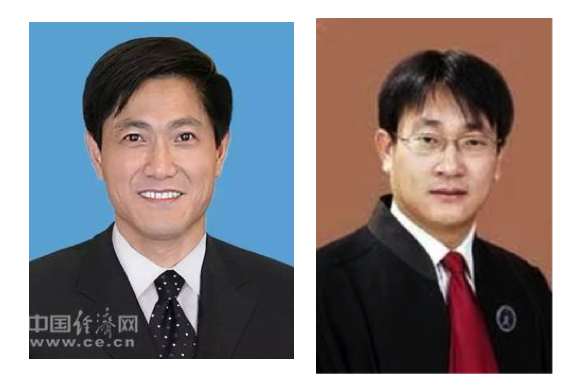 (Network of Chinese Human Rights Defenders – July 9, 2018) – Perpetrators should be held to account for the Chinese government’s ongoing persecution of human rights lawyers, says CHRD, on this third anniversary of the “709” Crackdown. Beginning on July 9, 2015, over 300 lawyers and activists faced various abuses, including interrogation, detention, imprisonment, disappearance, and torture. No police officers or other government personnel have been investigated, much less criminally prosecuted, for their role in seriously violating the human rights of these lawyers Today, many Chinese lawyers who provide legal defense to persecuted human rights defenders, dissidents, and ethnic and religious minorities continue to be arbitrarily detained and deprived of licences to practice law. 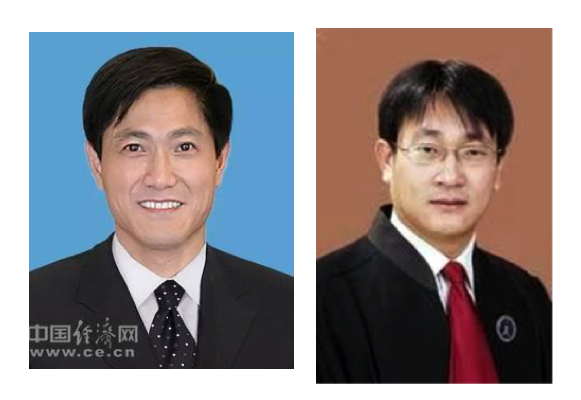 CHRD has urged the US government to place sanctions on Zhao Fei (left), who headed the Tianjin PSB during the “709” Crackdown, among whose victims is still-disappeared lawyer Wang Quanzhang (right).

This May, CHRD submitted evidence under the US Global Magnitsky Act, calling on the US Government to sanction Zhao Fei, the former director of the Tianjin Public Security Bureau, for his role in the crackdown on Chinese lawyers. The absence of both justice for victims and accountability on the part of Chinese authorities who ordered or carried out the arbitrary detentions, forced disappearances, and acts of torture, have gone hand-in-hand with escalating persecution of lawyers since the crackdown was launched. Lawyer Wang Quanzhang remains forcibly disappeared after nearly three years in custody, and there have been numerous forced confessions and convictions.

Zhao Fei is currently a Tianjin Municipal Standing Committee Member and the Secretary of the Tianjin Municipal Politics and Law Committee, both prominent Communist Party positions. In the three years he headed the Tianjin PSB, from July 2014 to July 2017, Zhao presided over the enforced disappearances, arbitrary detention, and torture of lawyers and activists, who were mostly detained in Tianjin or transferred there and then disappeared. Nineteen individual cases involving serious human rights abuses can be directly linked to the Tianjin PSB while Zhao was the police chief.

After coordinated police operations were launched in July 2015, police summoned for questioning lawyers and activists and raided three law firms across the country. It became evident that the Tianjin PSB had been given jurisdiction over these cases when authorities from the city formally arrested 19 of the “709” detainees who had been secretly detained for at least six months. In 2016 and 2017, the Tianjin Municipal No. 2 People’s Court convicted six individuals of “subversion of state power,” including two lawyers. Three of these prisoners are serving sentences of seven or more years.

The crackdown has been a blatant affront to rule-of-law principles, which China claims to respect, and a politicized attack on civil society. Those affected had been targeted as retaliation for their professional conduct as lawyers or as activists supporting rule of law development and independence of the criminal justice system.

The US Government’s application of the Global Magnitsky Act—by sanctioning a police chief for presiding over these serious rights abuses—would send a strong signal that the detention, disappearance, and torture of human rights activists and lawyers are completely unacceptable, and that the perpetrators’ enjoyment of impunity must end. Such an action could have a deterrent effect on officials’ carrying out of President Xi Jinping’s repressive policies and implementation of the CCP’s draconian rule.

The US Government must build upon actions taken in December 2017, when the Treasury Department sanctioned Beijing police official Gao Yan for his role in the arbitrary detention and death of activist Cao Shunli. Cao died in March 2014 as a result of being deprived of urgent medical treatment while in custody.

Having pulled out of the UN Human Rights Council, the Trump Administration must demonstrate that it remains committed to ending human rights abuses and seeking accountability and justice around the world. Such a commitment is particularly crucial at a time when China, along with other governments with poor human rights records, is filling some of the vacuum of influence on the HRC by aggressively promoting their agenda to weaken international human rights standards, dismantle UN rights mechanisms, and interfere in the functions of independent human rights experts.

For more about the “709” Crackdown and persecution of Chinese rights lawyers, see this information on CHRD’s website: