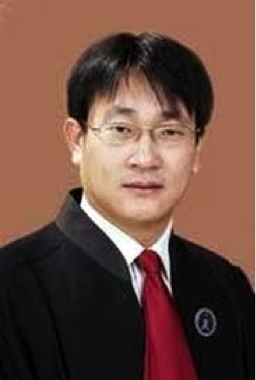 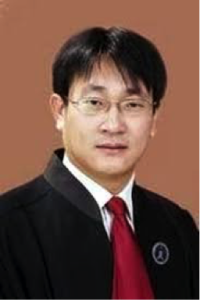 Wang Quanzhang, a lawyer with Fengrui Law Firm in Beijing, was taken into police custody on August 3, 2015 after going into hiding when a nationwide crackdown on human rights lawyers began on July 9, 2015. Xinhua state media listed him in an article on July 11, 2015 that accused Wang’s law firm of running a “criminal syndicate” and serving as a platform for masterminding serious illegal activities to incite “social disorder” and gain “profits.” His lawyer, Li Zhongwei (李仲伟), confirmed on August 10, 2015, that Wang had been put under criminal detention six day prior, on suspicion of “picking quarrels and provoking trouble” and “inciting subversion of state power.” Wang was previously held at the Hexi District Detention Center in Tianjin Municipality on suspicion of “picking quarrels and provoking trouble” and “inciting subversion,” but then moved into “residential surveillance at a designated location” by the Hexi District Public Security Bureau. Authorities held Wang in Tianjin No. 2 Detention Center from January 2016 until July 2017. In August, authorities told Wang’s wife Li Wenzu that he had been moved to Tianjin No. 1 Detention Center.

After six months of incommunicado detention, Wang was arrested for “subversion of state power” on January 8, 2016, and transferred back to Tianjin No. 2 Detention Center. On August 8, 2016, officials at Tianjin No. 2 People’s Procuratorate informed his wife that his case had already been recommended for indictment. They then sent Wang’s case back to police for further investigation on December 5; after the case was returned to prosecutors, Wang was indicted on February 14, 2017.

Wang’s lawyers were stonewalled when they requested to meet with their client, with authorities citing national security grounds. The lawyers filed a complaint with the local procuratorate asking for information regarding Wang’s whereabouts, but received no response. They also sought assistance from the All-China Lawyer’s Association, but to no avail. In November 2015, Wang’s wife had to hire lawyers Yu Wensheng (余文生) and Wang Qiushi (王秋实) after authorities pressured the original attorneys to drop Wang’s case. The same week that Wang Quanzhang was officially arrested, lawyer Wang Qiushi was detained and put under “residential surveillance at a designated location.” On August 9, 2016, officials Tianjin No. 2 People’s Procuratorate told Wang’s family-appointed lawyer, Yu Wensheng (余 文生), that Wang had given police a letter in February 2016 claiming that he did not want to engage a lawyer and wanted to terminate the employment of his family-appointed lawyer. However, officials refused to allow Yu to take a copy of the document, which is his right under Chinese law. With no independent verification of Wang’s treatment in detention and the six month delay in producing the letter, it is likely Wang was coerced to sign such a letter.

After Wang had been held under incommunicado detention for nearly three years, authorities finally allowed lawyer Liu Weiguo (刘卫国), who had not been hired by Wang’s family, to visit him, first on July 12 and again on July 18, 2018. According to Liu, Wang appeared apprehensive and frightened during the meetings and spoke almost inaudibly in a low voice. Wang said that he had been forced to take medication, apparently for high blood pressure, which he had developed in detention. Reportedly, the medicine caused Wang to suffer headaches and blurry vision.

Authorities put Wang on trial on December 26, 2018 behind closed doors. Li Wenzu, his wife, was barred from attending and put under house arrest. A notice on the court’s website said a verdict would be announced at a later date. On January 28, 2019, Tianjin No. 2 Intermediate Court convicted Wang and sentenced him to 4.5 years in prison, and five years deprivation of political rights.

Authorities transfered Wang to Linyi Prison in Shandong on April 29, 2019. At the time, authorities told his wife Li Wenzu that visiting rights at Linyi Prison have been suspended due to renovation and remodeling work. Li received suspicious letters purportedly from Wang Quanzhang between May 10-12, though one did not have a signature or date and may not have been in his handwriting, which discouraged Li from trying to visit him and that she should not bring their son to see him. Though one of the letters suggested Wang’s sister could visit him since she lives closer to the prison, when she attempted to visit him on May 13, 2019 she was denied the request based on claims of remodeling work. On May 20, Ms. Li arrived at Linyi Prison in an attempt to be granted a visit with her husband. She met with prison officials four times, who attempted to convince her to leave. On the fourth meeting, they reportedly showed her a video of Mr. Wang where he looked gaunt and lethargic.

Prison officials cancelled a February 13 visit between Wang and Li Wenzu and their son on the grounds of the coronavirus pandemic. Li reported the officials refused to allow the meeting to take place virtually through a WeChat video call and said Wang is only allowed one phone per month and he had already called his parents.

On April 5, 2020, Wang Quanzhang was released after serving his full sentence. Upon release, authorities would not allow Wang to return to his home in Beijing with his wife but forced him to go to Jinan, Shandong, where his hukou is registered, under the guise of “quarantine” during the coronavirus outbreak. Despite completing a 14 day-quarantine and testing negative for the coronavirus five times, Mr. Wang remained blocked from returning to Beijing from Jinan until April 27, when Ms. Li had a medical emergency.

Wang Quanzhang, born on February 15, 1976, in Shandong, graduated from Shandong University Law School in 2000. Over the course of his legal career, Wang has represented a wide array of clients in human rights cases, including Falun Gong practitioners, members of the New Citizens’ Movement, housing rights activist Ni Yulan (倪玉兰), and journalist Qi Chonghuai (齐崇淮). Lawyer Wang also has written or co-authored many pieces on the legal profession and human rights, including a report on the role of lawyers in pro-democracy movements and one about the Internet and civil society movements. He has faced constant harassment and suffered retaliation for his work, such as a 2008 raid of his home in Shandong by officers from the Ministry of State Security.

In April 2013, police took Wang into custody while he was defending his client in court in Jiangsu Province—the first-known instance of a Chinese lawyer being taken into police custody in a courtroom. He was given a 10-day “judicial detention,” allegedly for “speaking loudly during the hearing,” but a public outcry led to his release after just three days. The next month, the annual renewal of his lawyers’ license was delayed along with a dozen other lawyers in reprisal for their rights defense work. In March 2014, Wang was beaten after demanding the release of detained rights lawyers in Jiansanjiang, Heilongjiang Province, and a month before he was seized in July 2015, he was beaten in a Shandong courthouse while defending his client.

Secretary-General, Cooperation with the United Nations, its representatives and mechanisms in the field of human rights (reprisals report), September 8, 2020

Chinese Government’s Use of Enforced Disappearance as Political Persecution, March 22, 2018