June 22, 2017       Comments Off on CHRD Demands Accountability & Justice for Victims of Torture 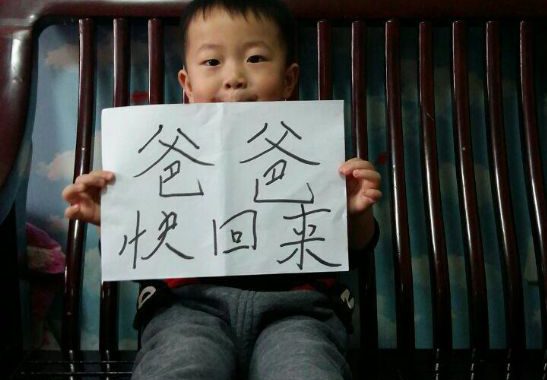 (Network of Chinese Human Rights Defenders—June 22, 2017) – Victims of torture in China continue to be denied justice as perpetrators escape punishment, says CHRD in advance of the International Day in Support of Victims of Torture on June 26. The Chinese government has failed to live up to its obligations as a party to the Convention against Torture and Other Cruel, Inhuman or Degrading Treatment or Punishment (Convention against Torture) by not preventing torture, perpetuating a cycle of impunity for perpetrators, and denying victims compensation, rehabilitation, and redress.

China ratified the Convention against Torture in 1988. Yet, nearly three decades later, CHRD continues to document the government’s failure to implement the international treaty. We have recorded numerous cases alleging that Chinese police have tortured human rights defenders (HRDs) to extract confessions and punish and humiliate them. The government has not taken effective steps, changed incentives, or set up the mechanisms needed to eliminate torture. The Chinese government refuses to provide comprehensive data on torture, as requested by the United Nations and the Chinese public. As we have documented, the judicial system, which is controlled by the Chinese Communist Party, rarely prosecutes State torturers. Victims of torture in China often have no other choice but to pursue justice through an ineffective petitioning system, which can lead to reprisals. Compensation in torture cases is rare, and rehabilitation services for victims are practically non-existent.

In November 2015, the UN Committee against Torture (CAT) reviewed China’s implementation of the Convention. At the end of the review, CAT issued its Concluding Observations, which include recommendations, and requested that the government provide follow-up information on four specific issues within one year. The government’s follow-up report, released in January 2017, presented a picture that is far from accurate. CHRD and a group of Chinese civil society groups and lawyers submitted a joint report earlier this month to CAT. We responded to claims made in the government’s report and provided further evidence that China is failing to implement the Convention. The main findings of our report are presented below.

“The early presence of a lawyer acts as a powerful deterrent against incidents of torture.”

The government acknowledged to the United Nations as far back as 1999 that “the early presence of a lawyer acts as a powerful deterrent against incidents of torture.” However, China has not taken steps to ensure every suspect, irrespective of the charge they face, has access to a lawyer of their choice during any phase of the judicial process. Authorities have systematically denied access to legal counsel for many detained HRDs. In numerous cases documented by CHRD, it seems that relevant authorities have deliberately denied HRDs access to a lawyer precisely so that State agents can extract a confession or punish the detainees through mistreatment or torture.

HRDs held on suspicion of an “endangering state security” crime and/or under “residential surveillance at a designated location” (RSDL) are especially vulnerable, because provisions in China’s Criminal Procedure Law permit restrictions on access to a lawyer for such detainees. These provisions do not comply with the Convention and China failed to comply with CAT’s request to repeal them. In one example, lawyer Wang Quanzhang (王全章), held since August 2015 on suspicion of “subversion of state power,” has not been granted a single meeting with the lawyers of his own or his family’s choosing.

Since January 2016, CHRD has documented over a dozen cases where authorities told the detainees’ family-hired lawyers or the families that the detainees have “fired” their lawyers and instead agreed to be represented by government-appointed lawyers. However, in these cases, police refused to provide the legally required written documents or allow for in-person attorney-client meetings to verify that such a decision had been freely made. Families and lawyers involved in these cases strongly suspect that detainees were coerced into accepting these changes. In cases that we have documented involving HRDs, government-appointed lawyers do not act to ensure that the detainees’ rights are safeguarded; during trials, these lawyers have not put up any defense or applied for the exclusion of evidence extracted through torture. In a recent example of a “forced firing” of a lawyer, Changsha police claim detained lawyer Jiang Tianyong (江天勇) “dismissed” his lawyer on May 31, the last day of his six-month period under RSDL. Jiang has not been granted a single meeting with a lawyer of his choice.

Provisions in China’s Criminal Procedure Law allow for restrictions on the notification to families if a detainee is held on suspicion of certain offenses, such as the “endangering state security” crimes routinely used against HRDs. These provisions are incompatible with the Convention against Torture. CAT requested the Chinese government repeal the provision, but it has failed to do so.

Detainees’ family members go through agony when police do not promptly notify them about why their loves ones were detained or where they are being held. In a particularly egregious case of enforced disappearance, the family of Zhao Suli (赵素利), the wife of detained democracy figure Qin Yongmin (秦永敏), has been searching for her for over two years after police detained Zhao and her husband in January 2015. Last summer, her son released a statement saying, “We don’t know if she’s alive or dead.” Other cases show similar distress. After lawyer Wang Quanzhang disappeared into police custody, his family had no clue where he was, including his two-year-old son. Some families have only learned of their loved ones’ fate from state media reports, such as the relatives of lawyers Huang Liqun (黄力群) and Xie Yuandong (谢远东) and activists Xing Qingxian (幸清贤) and Tang Zhishun (唐志顺). These state media propaganda campaigns are aimed to shape public opinion and deny detainees the presumption of innocence.

“Torture is decidedly against the ideals of modern civilization.”

Families and lawyers of defense lawyers and activists detained in the crackdown that began in July 2015 (“709 Crackdown”) assert that the detainees were subjected to mistreatment and torture in police custody. This includes activists Gou Hongguo (沟洪国), Wu Gan (吴淦), and Yin Xu’an (尹旭安), and lawyers Li Chunfu (李春富), Li Heping (李和平), Li Shuyun (李姝云), and Xie Yang (谢阳). Particularly disturbing are multiple allegations that detainees were forced to take unknown medication while under RSDL, which left them dizzy and unable to think clearly. No independent investigation has been conducted into these allegations. In China’s follow-up report to CAT, the government denied the very existence of the 709 Crackdown and dismissed claims of torture. Such stances are incompatible with the Convention, as China is legally obliged to investigate torture allegations and hold perpetrators criminally responsible.

This May, nearly 400 Chinese citizens signed a petition to the National People’s Congress demanding a special investigation into the numerous allegations of torture in the “709” cases. As the petition says, “[These acts of torture] are decidedly against the ideals of modern civilization, and are a disgrace for our entire nation.” The former detainees, their families, and the signatories have put themselves at considerable risk for speaking publicly against torture. The Chinese government has often retaliated against torture complainants and their families and supporters.

“Even if we tortured you to death, they wouldn’t find a single piece of evidence to prove we killed you.”

These chilling words were allegedly said to lawyer Xie Yang while he was being held incommunicado under RSDL, after being detained in July 2015 during the 709 Crackdown. Such sentiment appears to be commonplace among guards who know it’s unlikely they will be held accountable for torture. It echoes a guard’s threat reportedly made to a female petitioner in 2013: “We can beat you to death with impunity.”

Victims face enormous obstacles in seeking accountability. Prosecutors rarely investigate torture allegations, although sometimes public pressure forces them to act. Such was the case with both Xie Yang and environmental researcher Lei Yang (雷洋), who died in police custody in May 2016. In these cases, superficial and non-independent investigations were opened following media coverage, but authorities failed to hold anyone accountable. There is even less accountability in cases that get little attention from the press. For example, after the deaths in detention of an ethnic minority villager in Guangxi in May 2017 and a Jiangsu bus driver in March 2017, local officials decided to retaliate against families and lawyers of the deceased rather than to investigate the officers involved.

Accountability for perpetrators of torture

CHRD has joined other human rights organizations in seeking accountability for torturers in China, including by urging the United States government to utilize the new tools under its Global Magnitsky Human Rights Accountability Act. We continue to seek justice for the 2014 death in detention of activist Cao Shunli (曹顺利). Cao was detained to prevent her from telling the UN Human Rights Council about human rights conditions in China. Her health deteriorated rapidly in detention, but authorities denied her adequate medical care, a form of torture, until she slipped into a coma and died of organ failure. We believe two officials, Fu Zhenghua and Tao Jing, who were chiefs in the Beijing police department at the time of Cao’s death, are responsible for her torture under the principle of “command responsibility.” We have requested the United States government utilize the Act to impose sanctions on the two officials.

CHRD calls on the Chinese government to immediately implement the recommendations made by the Committee against Torture and to comply with its obligations as a party to the Convention. China should take meaningful steps to eliminate torture and provide all victims of torture with access to compensation, rehabilitation, and redress, which includes ending impunity for torturers.