Imprisoned Guizhou dissident Chen Xi (陈西) is suffering from an untreated and serious intestinal illness and has been denied medical parole since he began serving his current 10-year sentence, according to Rights Defense Network (RDN). Chen reportedly has chronic enteritis, an infection of the digestive tract characterized by dehydration and fever. His wife, Zhang Qunxuan (张群选), learned during a prison visit in January 2013 that he was having severe bouts of diarrhea. After seeing Chen in Xingyi Prison this May, Zhang said that Chen was “very frail,” and she feels that his life may be in danger if authorities do not provide him adequate medical care. Detained in November 2011, Chen was convicted the following month of “inciting subversion of state power,” and he had been imprisoned a total of 13 years for prior convictions. In a recent act of intimidation against Chen’s family, national security officers in Guiyang City took his wife and daughter to “travel” on June 4, despite the fact that Zhang is ill with diabetes and was being hospitalized at the time.[i] 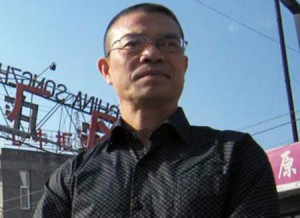 Imprisoned Guizhou dissident Chen Xi (陈西) is suffering from an untreated intestinal illness and has been denied medical parole during his current 10-year sentence.

After more than a year in pre-trial detention, Jiangxi activists Liu Ping (刘萍), Wei Zhongping (魏忠平), andLi Sihua (李思华) have been sentenced to prison in Xinyu City based on trumped-up charges, as reported by RDN. On June 19, the Yishui County District Court issued Liu and Wei six-and-a-half-year sentences, having convicted each of “creating a disturbance,” “gathering a crowd to disrupt order of a public place,” and “using an evil cult to undermine implementation of the law.” Li Sihua was sentenced to three years’ imprisonment for “creating a disturbance.” Around the time of the trial, police took away a number of the activists’ supporters from outside the courthouse.

For years, the three individuals have engaged in a range of civil society activities, including calling on top Chinese officials to declare their personal assets, demanding China ratify the International Covenant on Civil and Political Rights, and running as independent candidates in elections for local legislators. They were initially detained in April 2013 as part of the nationwide crackdown on freedom of assembly, association, and expression that began in March of last year.[ii]

Several dozen Chinese activists, lawyers, and other members of civil society are still facing restrictions linked to June Fourth, over two weeks after the passing of the sensitive 25-year anniversary. To date, CHRD has documented cases on 144 individuals affected by police actions, including more than 50 put under criminal detention (see ongoing updates). Last week, human rights lawyer Pu Zhiqiang (浦志强) and his niece, the lawyer Qu Zhenhong (屈振红), were formally arrested, bringing to four the number of confirmed arrests during the crackdown. Family and supporters worry about lawyer Pu’s state of health, since he has several medical issues, including diabetes that is reportedly not being properly treated (see CHRD statement).

Previously unreported cases are below:

Activist Wang Debang (王德邦), a student leader from the Tiananmen demonstrations, was summoned by police for interrogation for several hours on June 17 in Guangxi Province, according to RDN.[iii] National security officers from Guilin City and Hunan Province interrogated him about activist Luo Qian (罗茜), particularly about Luo’s role in a “Return to Tiananmen” campaign. Luo was criminally detained in early June in connection with the June Fourth anniversary.

Hunan activist Lü Cheng (吕程) is believed to be under criminal detention after being seized outside his home on June 3 while wearing a t-shirt commemorating the 1989 Tiananmen protests, as reported by RDN. Lü, who has been involved in the New Citizens’ Movement, has been involved in a range of advocacy activities, including raising money for the family of Zhao Fengsheng (赵枫生), a fellow Hunan activist recently tried for “inciting subversion of state power” (see report). Lü is being held at Hengyang City No. 2 Detention Center.[iv]

Hubei Activist Criminally Detained, Was Injured in Suppression of 1989 Demonstrations

Zhang Yi (张毅), an activist from Hubei Province who was injured when the 1989 demonstrations were violently broken up, was criminally detained on May 30 on a charge of “creating a disturbance.” According to RDN, Zhang had shared and solicited ideas online about a possible rally that would be intended for citizens to demand work, better living conditions, and dignity. Zhang is being held in Dongxihu District Detention Center in Wuhan. He was previously seized on March 29 in Heilongjiang Province—while showing support for four detained human rights lawyers—but subsequently released. Zhang Yi was then restricted in his movements by police beginning on April 21, when he and others asked Wuhan police about activist Zhang Siqing (张世清), whose whereabouts have been unknown since late March.[v]

Duan Shulan (段淑兰), a petitioner from Hebei Province, was criminally detained in Beijing on June 4 on a charge of “creating a disturbance,” reports RDN, possibly due to a memorial event she planned to hold for the June Fourth anniversary. Duan has petitioned central government authorities since her two children were killed a decade ago. She has sought an investigation of law-enforcement officials who she believes has sheltered those responsible for their deaths. Duan is being detained in Xicheng District Detention Center.[vi]

Plainclothes police officers in Henan recently pressured staff of Zhengzhou Yirenping, an anti-discrimination organization, to cooperate with an investigation on detained lawyer Chang Boyang (常伯阳), and also froze the group’s bank account, according to Yirenping. On June 17, police came to the group’s office, reportedly to look into the activities of married couple Chen Wei (陈卫) and Yu Siwen (于世文), activists seized in late May, and took in a Yirenping programs officer for interrogation. Police inquired about the group’s ties to lawyer Chang. A few days before, authorities had frozen Zhengzhou Yirenping’s bank account, alleging that Chang, the group’s board director, has a financial interest in the group. Chang was detained on May 27 for representing Chen and Yu, who were detained in May for organizing a memorial event in February for former Chinese leaders Hu Yaobang and Zhao Ziyang (see report). Police officers also removed two computers and financial documents from the office.