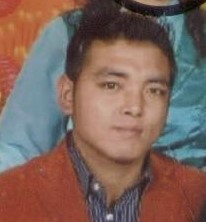 Five activists and lawyers seized since the spring of 2013 may face trial soon, according to CHRD sources. It is believed that Chinese authorities may hold court proceedings around Christmas, a common government tactic in recent years, intended to deflect international attention. Authorities in China tend not to provide enough notice of such court trials.

Three men who may face imminent trial were seized in Hubei Province in May 2013 during the crackdown on peaceful assembly, association, and expression: Huang Wenxun (黄文勋), Yuan Fengchu (袁奉初 aka Yuan Bing 袁兵), and Yuan Xiaohua (袁小华). Now being held in Chibi City Detention Center, they have been under pre-trial detention for 18 months after being arrested and charged with “gathering a crowd to disrupt order of a public place” in June 2013 (see CHRD’s analysis on the increased use of this crime to prosecute rights activists). Last month, authorities put on trial Guangdong activists Guo Feixiong (郭飞雄) and Sun Desheng (孙德胜), whose cases were tied to the three detainees, an indication that the three in Hubei may soon go on trial.[1]

Trials for two lawyers seized this year in the crackdown surrounding the 25th anniversary of the Tiananmen Massacre may also take place by the end of the year. Beijing-based lawyer Pu Zhiqiang (浦志强), who was arrested in June on suspicion of “creating a disturbance” and “illegally obtaining personal information,” has now been confirmed by his lawyer to have also been accused of “inciting ethnic hatred” and “inciting separatism,” according to a mid-November police recommendation for indictment. Pu’s lawyer, Mo Shaoping (莫少平), met him at Beijing No. 1 Detention Center on December 10 and learned that Pu’s case has been sent back to police for further investigation, a sign that the procuratorate is looking into the newest criminal charges, which may also push back a trial. Lawyer Mo said Pu has been interrogated 60 to 70 times, with each session lasting more than 10 hours, and that Pu is suffering from high blood pressure and his legs are swollen due to his diabetes. In a separate case, a court may soon hear the case of disbarred Guangzhou lawyer Tang Jingling (唐荆陵), who was arrested in June on a charge of “inciting subversion of state power.” In November, police sent their investigation to prosecutors and recommended that Tang be indicted for the crime.[2]

Activist Tenzin Choedak (丹增曲扎) died on December 5 in Lhasa City, two days after he was released after serving less than six years of a 15-year sentence, according to the Tibetan Centre for Human Rights and Democracy (TCHRD). Tenzin Choedak, 33, worked for a European NGO affiliated with the Red Cross in Lhasa in the Tibet Autonomous Region before police seized him on April 13, 2008 and accused him of being a ringleader in the protests that March. His physical condition deteriorated rapidly in detention due to severe beatings and other forms of torture before the Lhasa City Intermediate People’s Court sentenced him to 15 years in prison on September 1, though on unknown charges. Tenzin Choedak’s condition only worsened in Qushui Prison outside Lhasa. A TCHRD source said that Tenzin Choedak was “unrecognizable” during one hospital visit, and that he had suffered a brain injury and was vomiting blood. Authorities released the activist when it became clear he would not recover. His death follows two reported cases this past March of other detained individuals—Tibetan prisoner Goshul Lobsang and activist Cao Shunli (曹顺利)—who died as a direct result of mistreatment very soon after being released from custody.[3]

In a public statement, lawyers and activists commented on and recommended changes to the PRC National People’s Congress (NPC)’s draft ninth amendment to the Criminal Law, urging the NPC to drop proposals that could encroach on citizens’ legal rights and human rights. The statement focused on five points in the draft amendments that would amend the Criminal Law in areas involving: terrorism (Article 120), information security and Internet crimes (Article 286), reprisals against witnesses and disrupting court proceedings (Articles 308 and 309), and sex crimes against the girl child (Article 360). The joint statement also called on the NPC to ratify the International Convention on Civil and Political Rights, which China signed in 1998, and to urgently amend domestic laws to comply with the treaty.

The statement recommended that authorities drop the fifth and sixth draft amendments related to terrorism legislation, arguing that draconian laws will not ameliorate flawed policies on ethnic minorities, and will in fact only intensify ethnic tensions. The statement called on the government to take a different approach to information regulations and better protect citizens’ freedom of expression by abandoning draft amendment 25. The lawyers and activists who voiced their concerns in this statement also demand the government drop the proposed amendments 34 and 45, which relate to court proceedings, since they are vague and may be abused to criminalize lawyers’ free speech in courtrooms. They also criticize the government for not amending the Criminal Law to increase criminal punishments for “prostituting a minor,” a crime now classified as a less serious one than rape. International NGOs and women’s activists in China have repeatedly raised this legal deficiency to the government as they push for improved safeguards for the rights of the girl child in China.[4]