UN Experts: Speak Out on Legislative Measures Restricting Rights of Lawyers in China

July 9, 2019       Comments Off on UN Experts: Speak Out on Legislative Measures Restricting Rights of Lawyers in China 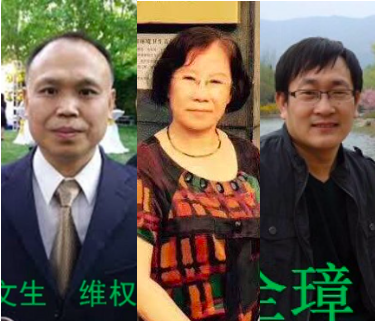 (July 9, 2019) On the fourth anniversary of a widespread crackdown on legal rights defenders by the Chinese authorities, the international community must speak out against the continued deterioration of conditions for human rights lawyers in China.

The “709 Crackdown”, named for the date it began, marked a significant deterioration in the rights of lawyers and rule of law in China under the Presidency of Xi Jinping. In the four years since, a number of human rights lawyers and legal activists have been arrested, tried and convicted of crimes related to “endangering state security” for performing their professional duties and advocating for their clients’ rights or calling for rule of law reform. Today, several lawyers remain in prison or detention, including Wang Quanzhang, Xia Lin, and Zhou Shifeng, serving four-and-a-half-year, 10-year, and seven-year prison sentences, respectively, and Li Yuhan and Yu Wensheng, who are in pre-trial and pre-sentencing detention. The UN Working Group on Arbitrary Detention declared all four lawyers are being arbitrarily detained, but the Chinese government has defiantly ignored their recommendations. Activists Hu Shigen and Wu Gan are also serving lengthy prison sentences for their advocacy on rule of law issues after being targeted in the 2015 crackdown.

Last month, China Human Rights Lawyers Concern Group (CHRLCG), Chinese Human Rights Defenders (CHRD), and the International Service for Human Rights (ISHR) jointly submitted an analysis to UN human rights experts concerning the two pieces of legislation amended in 2016 and 2018 that have been used to further restrict the rights of lawyers: the Measures on the Administration of Law Firms and Administrative Measures for the Practice of Law by Lawyers.

The submission provided detailed analysis of key concerns with the two measures and how they violate international human rights standards. It also included an Appendix which shows that from September 2017 to January 2019, more than 26 rights lawyers and three law firms had their licenses suspended, cancelled or revoked by the judicial bureau as punishment for exercising their rights to freedom of assembly, association and expression, and carrying out their professional duties as lawyers. This shows a clear increase when compared to earlier periods: 20 cases in the decade 2004-2014, and 9 cases over the period 2014-2016. It is clear that these administrative measures are part of an increasingly repressive political environment that harasses and punishes human rights lawyers for the exercise of their rights and their efforts to protect the rights of others.

The international community must call upon the Chinese government to immediately and unconditionally reverse decisions revoking and invalidating lawyers’ licenses, which are based upon these measures and other legislation which violate their human rights, and to stop all forms of harassment, intimidation and repression of lawyers taking human rights cases.

Four years on from the launch of the “709 Crackdown,” the situation for human rights lawyers in China remains dire as the Chinese government continues to reject key concepts like rule of law and judicial independence and suppress human rights defenders who fight for such principles.