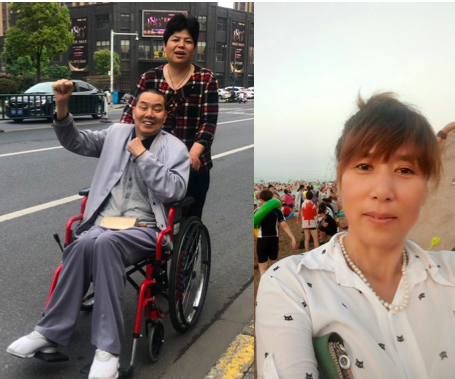 The annual award is announced near March 14, 2020, which marks the sixth anniversary of Cao Shunli (曹顺利)’s death in detention. March 14 is the date designated as “Human Rights Defenders Day” by rights activists in China. Several human rights organizations established the award in 2014 to honor the memory of Cao Shunli, her life, and her work. The award has been given to those who carry on Cao’s grassroots human rights advocacy under threats and facing risks of government reprisals for protecting vulnerable social groups from rights abuses, pushing for civil society participation in international human rights mechanisms, and monitoring the Chinese government’s implementation of its human rights obligations. The award includes prize money to support ongoing initiatives and assist the recipients to recuperate from reprisals.

Cao Shunli died on March 14, 2014, after police denied her adequate medical treatment after detaining her to prevent Cao from attending a session of the UN Human Rights Council and an international human rights training in Geneva. Last year on the fifth anniversary of Cao Shunli’s death, several UN independent human rights experts renewed their call for an independent investigation. In calling for justice for Cao, the experts said, “Cao Shunli’s case is emblematic of the struggle that many human rights defenders in China face.” Last year’s winner, Ji Sizun, died in a hospital months after receiving the award following years of torture through deprived medical care in prison, in circumstances that reflect the same pattern of abuse that Cao suffered from.

Zhang Jianping (张建平), 53, is a human rights activist based in Changzhou City, Jiangsu Province. Zhang was paralysed in a car accident in July 1997 and is wheelchair-bound. Zhang began to petition (file grievances with government officials) after he encountered legal injustices in seeking redress for personal injury from the accident. This experience started him on the path to promote human rights, as he began to realize that systemic problems have led to the denial of rights of marginalized people, including persons with disabilities.

Zhang has been active in monitoring human rights abuses and engaging in rights advocacy since 2006. He volunteered as a citizen journalist with “64 Tianwang,” the civil society organisation founded by Huang Qi. After Huang’s second arrest following rescue activities tied to the 2008 Sichuan earthquake, Zhang reported for different rights monitoring websites. He has worked with members of disadvantaged social groups, representing victims of rights abuses and acting as their citizen-lawyer in administrative lawsuits cases against corrupt and abusive officials, seeking government information disclosure, and speaking out in support of prosecuted human rights defenders.

Zhang has never been deterred by his own disabilities, thanks to his wife’s care and assistance, in the past two decades. He has energetically defended human rights and helped many victims despite the considerable personal and social obstacles and political risk. He’s widely known to be humble and modest. Many in China have praised him for his devotion and diligence in fighting for their rights.

Wang Heying (王和英), 47, born in Shandong, is a rights defender now based in Jiangsu. She fought for redress after becoming a victim of land grabs and forced housing eviction by local government officials in the early 2000s without compensation, and encountered injustice and retaliation. She then began participating in human rights advocacy campaigns and helping other victims of rights abuses.

In 2010-11, Wang joined legal activist Xu Zhiyong and lawyer Teng Biao in campaigns to raise awareness of “black jails” (extralegal detention facilities where arbitrary detention and torture were rampant).  She also helped petitioners to bring their grievances against government officials to court. She worked with many people to use the “open government information” system to try to hold the government accountable for violations of the law and human rights, including the use of forced psychiatric detention to punish Dong Yaoqing for exercising her free expression, or the arbitrary detention of activist Ge Jueping. She was outspoken about a “faulty vaccine scandal” in Huai’an, Jiangsu.

Wang has tried to attend court trials of persecuted rights lawyers or activists to show solidarity, only to be blocked from so-called “public” trials.  Starting in late 2019, Wang tried to visit detention centers and prisons where activists and dissidents are locked up, including Ge Jueping, Huang Qi, Liu Jinxing, and Jiang Yefei, among many others. Though she was denied entry in these facilities, she believed that her actions sent a strong message. She posted about her experiences to raise public awareness and show support to detainees/prisoners of conscience.

In the past dozen years, government authorities repeatedly harassed, intimidated, and detained Wang to penalize her for her human rights activities. All told, the government put her under administrative detention 6 times, in criminal detention for a total of 34 days, in “re-education through labour” camp for one year in 2008, during which her 14-year-old daughter was left on her own and forced to drop out of school, and authorities detained Wang in extralegal “black jails” for almost 100 times, in a total of roughly 700 days, where her daughter was twice detained with her. Before the 2019 “Two Meetings,” a politically sensitive time, police detained her and beat her up, which left her with permanent damage to her hearing.

The Cao Shunli Memorial Award acknowledges the efforts of human rights defenders in China who have demonstrated a deep commitment to promoting human rights, typically in the face of great personal risk. The award has been announced annually on March 14, the anniversary of Cao’s death. In 2015, disability and labor rights activist Zhou Weilin (周维林) was the first recipient of the award. Housing rights activist Jia Lingmin (贾灵敏) received the award in 2016. Women’s and housing rights activist Su Changlan (苏昌兰) was won the award in 2017. In 2018, human rights activists Chen Jianfang (陈建芳) and Li Xiaoling (李小玲) were the co-recipients of the award. Barefoot lawyer Ji Sizun (纪斯尊) received the 2019 award months before he died in hospital due to torture.