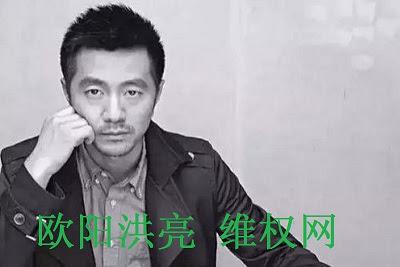 For the International Day of the Victims of Enforced Disappearance, which the United Nations observes every August 30, CHRD urges the Chinese government to end the use of enforced disappearance to persecute those they want to silence. We call for the release of all human rights lawyers and other rights advocates who have been detained incommunicado, and whose whereabouts remain unknown even after they have been granted “bail” or sentenced to suspended prison time. CHRD presses the government to provide fair and adequate reparations to both victims and their families. China must honor its Human Rights Council membership pledge to uphold the highest international human rights standards by signing and ratifying the International Convention for the Protection of Persons from Enforced Disappearance. The international community should hold the Chinese government accountable for escalating violations of human rights committed through enforced disappearance as well as arbitrary detention and torture.

In refusing to sign and ratify the International Convention for the Protection of Persons from Enforced Disappearance (CPED), China has only indicated it “will carry out the study on the possibility of acceding to the CPED in due time.” The Convention considers an “enforced disappearance” to be:

“the arrest, detention, abduction or any other form of deprivation of liberty by agents of the State or by persons or groups of persons acting with the authorization, support or acquiescence of the State, followed by a refusal to acknowledge the deprivation of liberty or by concealment of the fate or whereabouts of the disappeared person, which place such a person outside the protection of the law.”

Enforced or involuntary disappearance constitutes a “crime” under the CPED and is considered a “crime against humanity” under the Declaration on the Protection of all Persons from Enforced Disappearances and the Rome Statute of the International Court (Article 7). Victims of enforced disappearance are at high risk of torture and other kinds of ill-treatment. Under the CPED, governments have an obligation to ensure that victims have the right to “obtain reparation and prompt, fair and adequate compensation” (Article 24 (4)). In addition, their family members are also regarded as “victims,” since they would have “suffered harm as the direct result of an enforced disappearance” (CPED, Article 24 (1)).

Enforced disappearances of student protesters and other participants in the 1989 pro-democracy movement followed the bloody military suppression. Chinese officials have said that the Tiananmen period is a “closed” chapter in history, however, thereby shutting the door on disclosing information on the fates of such individuals. Authorities also detained activists en masse in secret locations following online calls for “Jasmine Rallies” in 2011. Police subjected at least 25 individuals to enforced disappearance in the months-long crackdown that drew worldwide criticism, including from UN human rights experts. Under several international instruments, citizens have the right to know the truth about enforced disappearances or missing persons. In its December 2015 Concluding Observations, the UN Committee against Torture (CAT) called on China to guarantee that family members of detainees are notified of their whereabouts.

The Xi Jinping regime has taken the abhorrent practice of enforced disappearance to a new level, attempting to justify it on the basis of flawed domestic law. In 2012, China amended its Criminal Procedure Law to include “residential surveillance at a police-designated location” (Article 73), effectively “legalizing” a de facto form of enforced disappearance. Since then, Chinese authorities have often turned to this provision to deprive the liberty of citizens while relying on a pretext of legality.

Under Article 73, police can hold an individual for up to six months in a secret location with no access to their family or lawyer if they are suspected of, among other offenses, “endangering national security” crimes, which are vaguely defined. Police have regularly used the provision to disappear lawyers and activists in the “709 Crackdown” that began in July 2015. In December 2015, CAT urged China to repeal Article 73 as a “matter of urgency.” China’s systemic problem with torture in detention—and the overreliance on admittance of criminal wrongdoing to convict detainees—raises concerns that some individuals held in secret are mistreated in order to coerce confessions.

Some current and recent cases of police enforced disappearance include:

Three Wujie News employees have been forcibly disappeared for over five months, including the executive chairman, Ouyang Hongliang.