Alert: Trial & Verdict Announcements in 4 Cases at End of March 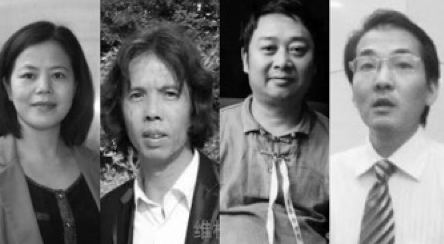 See below for details of updates on these cases:

On March 31, the Foshan City Intermediate People’s Court will announce verdicts against the two Guangdong-based activists. Both were tried on charges of “inciting subversion of state power” on successive days nearly a year ago—Su on April 21, 2016, and Chen the following day. The court will announce Su’s verdict at 9 AM and then issue its verdict in Chen’s case. Su and Chen were initially taken into custody in October 2014, when Chinese police rounded up more than 100 mainland activists who had expressed support for the pro-democracy demonstrations happening in Hong Kong at that time. They are being held at Nanhai District Detention Center in Foshan.

According to one of Su’s lawyers, Liu Xiaoyuan (刘晓原), government prosecutors accused Su of “attacking” and “slandering” the government, and provided as “evidence” her articles and comments on WeChat that commented on China’s human rights situation (see indictment in Su’s case). During Su’s lengthy detention, her lawyers, Liu and Wu Kuiming (吴魁明), repeatedly raised concerns over her health, but police have denied family and lawyers’ requests for her release on medical bail. Su suffers from hyperthyroidism, which can be fatal if not properly treated, and due to denied and inadequate medical care, she is now suffering from heart arrhythmia and tremors in her hands and feet. A former school teacher, Su has advocated for rural women’s land rights in Guangdong for more than a decade, leading to harassment from local authorities. In December 2015, the UN Working Group on Arbitrary Detention issued an opinion declaring Su’s detention “arbitrary,” and recommended the government immediately release and compensate her. Su was recently awarded the Cao Shunli Memorial Award for Human Rights Defenders.

Chen, an online political commentator, was given a 10-day administrative detention after police detained him on October 14, 2014, when he posted an essay online. Police released him on October 25, but then criminally detained him on November 25 due to his connection to Su Changlan. According to lawyer Liu Xiaoyuan, authorities accused both Chen and Su of “attacking the government” by documenting cases of domestic violence in Huilai County, Guangdong, among other human rights activities. A former editor of two online publications, Chen previously served two-and-a-half years in prison on “fraud” charges over his support for the land rights of farmers in Foshan. Chen has been defended by lawyers Liu Xiaoyuan and Li Fangping (李方平). 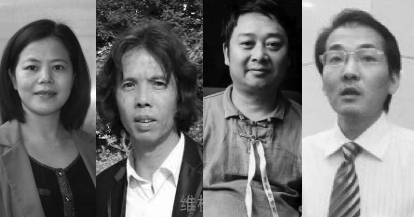 The Wuhou District People’s Court in Chengdu is set to put Chen Yunfei on trial on charges of “picking quarrels and provoking trouble” on March 31, after the initial trial on December 26 was delayed. The hearing will start at 9:30 AM, and Chen will be represented by lawyers Guo Haibo (郭海波) and Sui Muqing (隋牧青). Chen is being held at the Xinjin County Detention Center in Chengdu.

Chen Yunfei was initially taken into custody in March 2015 after he organized a memorial service for victims of the 1989 Tiananmen massacre on the occasion of the Qingming Festival, when Chinese traditionally venerate their ancestors and tend to graves of the deceased. Sichuan police formally arrested Chen on suspicion of “inciting subversion of state power” and “picking quarrels and provoking trouble” a month later, but the more serious “inciting subversion” charge was dropped before he was indicted. The “picking quarrels” charge is in retaliation for his activities as a human rights defender, including posting materials online and organizing peaceful rallies.

Chen had participated in the 1989 democracy movement as a student at China Agricultural University in Beijing. He has campaigned to get the Chinese government to investigate the Tiananmen Massacre and provide compensation to victims. His advocacy efforts have made him a frequent target of police harassment, violent assaults, and arbitrary detention.

The Beijing Higher People’s Court is set to hear Xia Lin’s appeal on March 30, according to his lawyer, Tong Zongjin (仝宗锦). The appeal comes after the Beijing No. 2 Intermediate People’s Court convicted Xia on trumped-up charges of “fraud” on September 22, 2016, and handed down a 12-year prison sentence. According to lawyer Tong, Xia’s appeal is based on serious mistakes in the first trial and new evidence which has since emerged. However, it is unlikely to succeed as China’s judicial system is seriously compromised by the Chinese Communist Party, and also since Xia’s case is politically motivated. Xia Lin is being held at Beijing No. 3 Detention Center.

Xia had previously acted as the defense attorney for his one-time colleague at Beijing Huayi Law Firm, lawyer Pu Zhiqiang (浦志强), and was serving as the lawyer for detained liberal intellectual Guo Yushan (郭玉闪), then the head of the Transition Institute, when he was detained in November 2014. Xia had taken on many sensitive cases pro-bono. In 2009, Xia and Pu Zhiqiang represented arrested environmental activist Tan Zuoren (谭作人), who was imprisoned for attempting to investigate school buildings that collapsed during the Sichuan earthquake in 2008, and defended artist Ai Weiwei and his wife in 2011. In August 2016, the UN Working Group on Arbitrary Detention issued an opinion declaring Xia’s detention “arbitrary,” and recommended the government immediately release and compensate him.