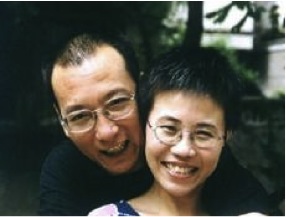 (Network of Chinese Human Rights Defenders, December 9, 2013) – December 10 marks the 5th anniversary of Charter 08—a manifesto on human rights and democracy in China—and the 65th anniversary of the Universal Declaration of Human Rights. Unfortunately, this day of great inspiration has been marred because the dissident writer, and winner of the 2010 Nobel Peace Prize, Liu Xiaobo (刘晓波), continues to languish in prison for promoting Charter 08, and there has since been ongoing persecution of many other dissidents and human rights activists. The deteriorating rights conditions in China today are compounded by the reality that political and rule-of-law reforms have practically stalled for years.

Five years ago today, on December 9, 2008, China’s state security police seized Liu hours before the online publication of Charter 08, the moderately worded open petition for political transition to constitutional democracy, which called for an end to one-party rule in China (Charter 08 text in Chinese and English). In the weeks that followed, Chinese police detained, interrogated, and searched the residences of more than one hundred of the statement’s initial 303 signatories. After a prolonged detention, Liu Xiaobo was convicted of “inciting subversion of state power” and handed an 11-year prison term. On the day that Liu was taken into custody, police also detained and interrogated another main architect of Charter 08, Zhang Zuhua (张祖桦), and later placed him under “house arrest” (or soft detention), under which Zhang remains today.

Imprisoned dissident Liu Xiaobo, a main architect of Charter 08, and his wife Liu Xia, who has been living under oppressive house arrest and is reportedly suffering from severe depression.

Among the list of demands, Charter 08 stated, “the system of ‘Reeducation through Labor’ must be abolished” (Recommendation 6). In the past few years, Chinese activists, lawyers, and intellectuals have become only more outspoken in pressing for the abolition of RTL, and the international community has consistently pushed the government to do away with this form of arbitrary detention. At its Third Plenum in November, the Communist Party Central Committee finally declared that it would “abolish” RTL. In coming to this decision, the CCP is no doubt motivated to placate widespread anger at the rampant abuses of police power (where police were able to throw anyone into a labor camp for up to four years without judicial oversight) and also to dodge further criticism of RTL in multilateral human rights forums and bilateral governmental discussions. However, the road to actually abolishing RTL remains long and fraught with questions. Other forms of extrajudicial detention have also become more ubiquitous as a way to gradually replace RTL, including black jails, “legal education centers,” administrative “custody and education facilities” (收容管教所) for drug and sex trade rehabilitation, and “unlawful behavior correction” (违法行为矫正) centers.

There are growing concerns over an emerging trend in the past few months as RTL was phasing out: Authorities are increasingly using the criminal justice system to penalize civil society leaders and political or religious dissidents. Charter 08 highlighted the entrenched problem of China’s lack of an independent judiciary and rule of law:

The rule of law must be above the interests of any particular political party and judges must be independent. We need to establish a constitutional supreme court and institute procedures for constitutional review. As soon as possible, we should abolish all of the Committees on Political and Legal Affairs that now allow Communist Party officials at every level to decide politically sensitive cases in advance and out of court (Recommendation 4, Charter 08).

The CCP’s interference in criminal justice is demonstrated by the government’s ongoing crackdown on freedom of assembly, association, and expression, which has swept up dozens of activists, including the legal advocate and activist Xu Zhiyong (许志永), the rights lawyer Ding Jiaxi (丁家喜), and the venture capitalist and philanthropist Wang Gongquan (王功权). Through open letters, petitions, or public rallies in 2013, the detained activists have pushed the new leadership under President Xi Jinping to adopt political and rule-of-law reforms. Detained activists are reportedly being deprived of their rights to legal counsel and a fair trial. In court proceedings, judges have admitted evidence that was extracted by torture during interrogation, and lawyers representing the detainees have been routinely intimidated and physically assaulted.

The government’s relentless crackdown on leading members of civil society since 2008 has not led to the results that its leaders may have desired—reining in widespread social discontent and silencing critics of government policies and the CCP’s authoritarian rule. Indeed, if anything has changed in the past five years, it is that Chinese citizens have become increasingly outspoken and resourceful in publicly denouncing abuses of unchecked power, official corruption, and violations of human rights, while boldly demanding political and rule-of-law reforms. Since December 2008, the number of people who have signed their names to endorse Charter 08 has grown to more than 13,000. Despite authorities’ harsh reprisals against signatories and blocking information about Charter 08 in mass media and on the Internet, the Charter’s ideas continue to spread via personal blogs and other social media, through living room discussions, and even in university classrooms in China.

If the initial group of signatories consisted of many elite intellectuals, those who subsequently signed on to show their support are truly diverse in occupation, religious and ethnic background, and age—including farmers, manufacturing workers, migrant laborers, middle-school students, Christians, Buddhists, and even communist party members. Today, many Chinese are finding their voices online. Weibo (China’s Twitter-like social media) and other media tools, which provide means of expression for China’s 540 million Internet users, are full of social and political commentaries and information that are otherwise suppressed in officially sanctioned media, despite the government’s increasingly sophisticated censorship and strident attempts to control information.

Chinese authorities are especially fearful of Charter 08 because, in calling for “a new constitution,” it pulls away the regime’s deceitful facade: the CCP attempts to use the current constitution and laws to give the appearance of rule of law, while the Party in fact puts itself above the constitution and controls the judiciary. The Charter states,

We should recast our present constitution, rescinding its provisions that contradict the principle that sovereignty resides with the people and turning it into a document that genuinely guarantees human rights, authorizes the exercise of public power, and serves as the legal underpinning of China’s democratization (Recommendation 1, Charter 08).

Although the current Chinese Constitution (1982) provides that “the state respects and guarantees human rights” (Article 33) and states that all Chinese citizens “enjoy freedom of speech, of the press, of assembly, of association, of procession and of demonstration” and “freedom of religious belief” (Articles 35, 36), the constitution also makes it clear that all guarantees of rights and freedom must be subject to “the leadership of the Communist Party of China and the guidance of Marxism-Leninism and Mao Zedong Thought.” It is the domination of this overarching dogma in the constitution that has strangled the few rights and freedoms offered to citizens. However, urging China’s leaders to respect Chinese law and constitutional provisions on rights protection continues to be a tool for human rights advocacy. As just one example of this approach, a group of lawyers and activists recently issued an “Appeal to Safeguard Human Rights and Realize Constitutional Government” on the occasion of the 31st anniversary of the enactment of the constitution.

Since Xi Jinping secured his grip on power, leaked internal CCP documents and the state media have denounced the “universal values” that Charter 08 supporters promote: freedom, human rights, democracy, and constitutional rule. The new Chinese leadership’s attempt to renew ideological attacks on universal values cynically proceeded in lock-step with the government’s bid for re-election for a third term on the UN Human Rights Council (HRC), having made a “voluntary pledge” to the UN Assembly that it “respects the principle of the universality of human rights and has made unremitting efforts for the promotion and protection of the human rights and fundamental freedoms of the Chinese people.” China’s successful re-election to the HRC reflects the weak political will of UN Member States, which so often appear to trade off human rights in order to score political points with the government of a rising economic power. China’s re-election further weakens the HRC’s effectiveness in promoting human rights and undermines the body’s credibility among human rights activists in China and around the world.

On the occasion of the 65th anniversary of the Universal Declaration of Human Rights (UDHR), the Chinese government and other UN Member States should be reminded that they must honor the obligations contained in the UN Charter and the UDHR, which they have accepted upon joining the UN. The UN Charter requires all States to perform the obligation of “promoting and encouraging respect for human rights and for fundamental freedoms for all without distinction as to race, sex, language, or religion.”

The Chinese government has clearly failed to honor its obligations contained in the Universal Declaration of Human Rights. To be respected as a responsible world power and to honor its commitments, the Chinese government should release Liu Xiaobo and other Chinese prisoners of conscience immediately and unconditionally, free Liu Xiaobo’s wife Liu Xia and other Charter 08 supporters from house arrest, and put a stop to ongoing harassment and reprisals against other Charter 08 signatories and human rights activists.