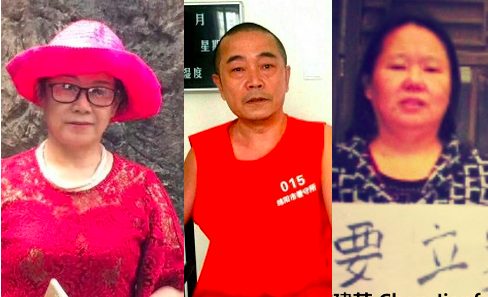 (Chinese Human Rights Defenders—June 22, 2020) The Chinese government must ensure protection of detainees and prisoners’ rights to legal counsel and family visitation during the COVID-19 pandemic. CHRD has documented a dozen cases of denied access by detainees or prisoners of conscience to their lawyers and families, including virtual meetings, on coronavirus grounds. The lawyers and families, concerned about threats to the health and right to life of those in custody, alleged that government authorities continue to use the pandemic as an excuse to deny these rights to detainees and prisoners of conscience, who should not have been in custody in the first place. Such restrictions continue even as the government rapidly opened up the country from the lockdown with a frenzy of propaganda proclaiming its victory in combating the virus outbreak.

The continuing deprivation of visitation rights does not meet international standards on restrictions on human rights during public health emergencies. In some instances, Chinese officials have stated that the suspensions are “indefinite” or until the pandemic is over, even if lockdown restrictions elsewhere have already begun to be lifted and authorities have declared that public health milestones have been met. Special pandemic rules on visitation have not been publicly posted online, which misled some lawyers to travel to the detention or prison facilities only to learn about the restriction on site. Officials at these facilities have cited but could not produce any specific documents to show the “rules” for denying video or telephone calls with families or lawyers. Some prisoners of conscience have only had sporadic correspondences with families since the beginning of the outbreak.

As of mid-June, authorities’ ban on such visits have remained firmly in place despite travel restrictions have already been lifted, factories, offices, schools, markets have reopened across China. On April 7, Wuhan City and Hubei Province, the epicentre of the outbreak in China, ended its lockdown and China declared there had been no COVID deaths for the first time since the pandemic began.

The following 12 cases that CHRD has documented involve detainees or prisoners of conscience whose lawyers or families have been banned from visits by Chinese authorities, specifically citing COVID-19 as grounds for the denial:

Under China’s Prison Law and Criminal Procedure Law, lawyers and families have the right to visit and correspond with those in custody. Though China’s Law on the Prevention and Treatment of Infectious Diseases grants central government authorities emergency powers to control an epidemic situation, however, international human rights standards require that any suspension of rights during a public health emergency should be “legal, proportionate, necessary and non-discriminatory, have a specific focus and duration, and take the least intrusive approach possible to protect public health.” The complete indefinite blanket denial of lawyers’ and family visits, including virtual meetings, to jailed HRDs does not meet these standards.

By refusing to ease restriction on visitation rights of detainees/prisoners of conscience, the Chinese government continues to contravene the new UN guidance on COVID-19 on deprivation of liberty.  “Those who are arbitrarily detained should be immediately released as the prohibition of arbitrary detention is a non-derogable norm and their continued detention under the current public health emergency might also severely impact their right to health and their right to life,” the Guidance stipulates. Chinese authorities have not released any detainees/prisoners of conscience in the pandemic except in those cases where the prisoners have served their full terms.  Instead, authorities imposed unnecessary restrictions, without specific time limit, on visitation and communication with lawyers and families.

The lawyers and families, whom we have spoken to, said they did not know if the Chinese government had taken any meaningful steps to protect the prison population from the virus. Police have locked up more people in detention facilities during the pandemic as they continued to silence, intimidate, and penalize Chinese citizens for sharing information about the early outbreak or criticising the government’s handling of the public health emergency. Authorities have also used emergency quarantine powers to detain individuals into secret quarantine facilities for exercising their right to free expression.

The Chinese government must immediately release those who are arbitrarily detained in China in violation of their human rights including their right to health and right to life. Authorities must lift any unnecessary and time-unspecific restrictions to prisoners and detainees’ rights to legal counsel and to visit and correspond with their families. Whether China has controlled COVID-19 or not, the public health emergency does not justify its continuing strict ban on access of detainees/prisoners of conscience to their lawyers and families.