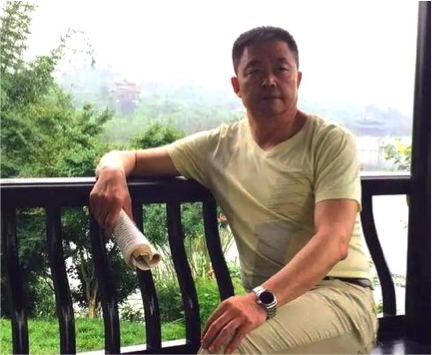 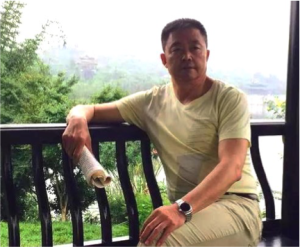 Beijing-based activist Gou Hongguo (also known as Ge Ping, 戈平) was seized from his home by police from the Tianjin Public Security Bureau (PSB) on July 10, 2015, during a nationwide crackdown targeting human rights lawyers. Officers raided his residence and company, confiscating computers, books, cash, and froze his and his family’s bank accounts. Gou was then put under residential surveillance at a secret location in Hexi District in Tianjin. He was originally held on suspicion of “creating a disturbance,” but in mid-August 2015, authorities denied Gou a visit from his lawyer on national security grounds, saying the charge had been changed to “inciting subversion of state power.”

After six months of incommunicado, Gou was officially arrested on a suspicion of a more serious crime, “subversion of state power.” Authorities continued to deny Gou’s lawyer from meeting with him, claiming that the activist has engaged another lawyer to represent him. Gou’s lawyer and family, however, have not received any written communication from him about hiring a different lawyer. In June 2016, Tianjin police recommended Guo be indicted, and his case has been transferred to prosecutors for review. Tianjian No. 2 People’s Procuratorate indicted Guo on charges of “subversion,” according to a post on the procuratorate’s weibo account dated July 15.

On August 5, 2016, Tianjin No. 2 Intermediate People’s Court convicted Gou of “subversion” but released him on a suspended sentence. During the trial of activist Hu Shigen, authorities claimed Gou had attended an interfaith conference in Taiwan hosted by the US-based NGO Initiatives for China. From the selected court transcript, authorities accused Gou of being a part of Hu Shigen’s religious group that worked with activist Zhai Yanmin on advocacy campaigns around “politically-sensitive” cases. It claimed that lawyer Zhou Shifeng (周世锋) used the Beijing Fengrui Law Firm as a platform to launch these activities, and that lawyer Li Heping (李和平) used money from an overseas NGO to fund such activities. Gou was charged with attending a meeting with Zhai Yanmin, Zhou Shifeng, Li Heping, and 15 others at a restaurant in Beijing on February 1, 2015 to organize such activities, a meeting that public security officers had managed to record. Authorities had also accused Hu of sending Gou Hongguo to an overseas training in Taiwan hosted by a US-based NGO.

Following his release on a suspended sentence, Gou and his family have been subjected to a number of controls. He is not allowed to travel, freely meet with friends, or give interviews. His wife Fan Lili (樊丽丽) released a statement on May 14, 2017, saying that Gou, herself and their child had been held under house arrest for nine months in Chengde, Hebei Province. She also alleged that while Gou was detained, he had been forced to take medication, subjected to long interrogations, and confined to a single room for 4 months, with guards watching him for 24-hours a day. Fan Lili said in an interview with Radio Free Asia on May 15, 2017, that the family were held in a guesthouse in Tianjin for three months after Gou’s release in August 2016, and then sent to Chengde in October, as they could only be transferred to his place of registration (hukou). They have not been allowed to return to their family home in Beijing.

Born in 1961, Gou Hongguo became a businessman after leaving the military. Starting in 2013, Gou began to publicly voice his concerns over rights violations suffered by marginalized groups, taking to the Internet to help others defend their rights and to promote constitutional democracy. In late 2013, Gou participated in a rally supporting Fan Mugen (范木根), a farmer who attacked in self-defense two members of an illegal eviction team who had assaulted Fan and his family. Gou belongs to an underground Christian church called Sheng Ai (圣爱) Fellowship. On the day he was taken into custody in July 2015, he and fellow activists Hu Shigen (胡石根) and Liu Yongping (刘永平) had planned to attend the same church gathering; all three of them were later arrested for “subversion of state power.” Due to immense pressure and threats from local authorities, Gou’s company was shut down and his family forced to move out of their home. According to his wife, Gou requires daily medication to manage high blood pressure, but she is unaware of her husband’s health condition since she has not been allowed to see him in detention.