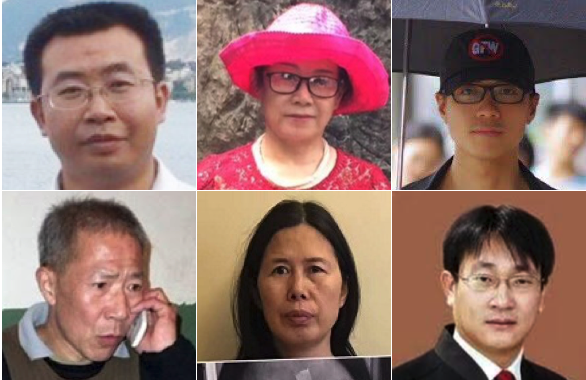 (Network of Chinese Human Rights Defenders – November 1, 2018) – In China and abroad, the Chinese government is more aggressively using “intimidation and reprisals against individuals and groups seeking to cooperate or having cooperated with the United Nations, its representatives and mechanisms in the field of human rights.” Chinese authorities have detained human rights defenders, often in secret locations, where torture is rampant, or denied them passports, blocked their travels, or interrogated them. Outside China, Chinese state agents openly or anonymously intimidate and threaten rights defenders with abduction and assault and harass them online. UN Member States would be complicit in eroding the UN’s human rights pillar if they fail to hold the Chinese government accountable for its systematic reprisals against human rights defenders during the third Universal Periodic of Review of the country’s human rights record in Geneva on November 6.

The Chinese government has become more emboldened in their reprisals against human rights defenders (HRDs) since the March 2014 death in custody of activist Cao Shunli. Ms. Cao was abducted, disappeared, and tortured, including through deprivation of medicine, as punishment for seeking to participate in the first and second Universal Periodic Review (UPR) on China. Reprisals are now part and parcel of the government’s campaign to mold international human rights institutions and norms to its own liking. Government representatives at the UN are methodically obstructing UN human rights operations, weakening UN mechanisms, and distorting universal human rights standards.

At home, the Chinese government has taken harsh measures to prevent HRDs from attending international human rights trainings and meetings with independent UN human rights experts, and to block HRDs from sharing information with UN treaty bodies and special procedures, punishing those who seek such engagement and cooperation. The State’s tactics include intimidation, harassment, travel bans, physical assaults, enforced disappearances, torture, and arbitrary detention, as well as revoking human rights lawyers’ licenses to practice law and forcing NGOs to shut down. Without protection from the Chinese government’s reprisals, the high risks faced by HRDs today outweigh any potential benefits of engaging or cooperating with UN human rights operations.

The escalating persecution of HRDs at home contradicts the government’s claims made during the 2013 UPR, that “[t]here is no so-called issue of suppressing ‘human rights defenders,’” and that China has “implemented” the recommendation to “ensure that human rights defenders can exercise their legitimate activities, including participation in international mechanisms, without being subjected to reprisals.” It is telling that the Chinese government vocally opposed and tried to block global initiatives to recognize and protect HRDs at the UN General Assembly in 2015 and at the Human Rights Council in March 2016.

In March 2014, human rights activist Cao Shunli (曹顺利) died in police custody in Beijing. She had led civil society efforts to participate in the drafting of China’s human rights action plans and UPR country reports. Ms. Cao paid the ultimate price of her life for championing civil society participation in the UPR. Her death was a wakeup call in the UN system for the urgency to stop State reprisals against HRDs cooperating with the UN. Yet, there has been no independent or credible investigation into her death, and the government has denied all responsibilities for her death.

Police detained Cao at Beijing Capital International Airport when she was on her way to Geneva in September 2013, and denied her proper medication for serious health conditions, leading to her death in custody. Police have harassed and threatened Cao’s family members, and detained her lawyers and supporters, who called for an independent investigation and for those responsible for her death to be brought to justice.

Cao Shunli’s fellow defender, Chen Jianfang (陈建芳), who government authorities also blocked from travel before China’s 2013 UPR, continues to be targeted by police in Shanghai due to her efforts to draw attention to the government’s failures to implement UPR recommendations, especially for not ratifying the ICCPR, and for her efforts to take legal action against the government for refusing to provide concrete data for the 2015 Committee against Torture’s review of China.Authorities prevented Chen from attending an international forum for HRDs in Ireland in October 2017.

Other associates of Cao Shunli have also been harshly punished in retaliation, including activist Liu Xiaofang (刘晓芳), who Beijing police criminally detained in March 2014 after she visited Cao in the hospital. In addition, activist Peng Lanlan (彭兰岚) was detained in December 2014. Peng was locked up in a psychiatric facility, where she was beaten, stripped naked, tied down to a bed, and forced to undergo tests and take unidentifiable medication.

Beside Cao and some of her associates, many other HRDs who have sought to cooperate, or have cooperated, with UN bodies have faced intimidation and reprisal since China’s 2nd UPR. However, many such acts have not been reported; names and other personal details have been withheld in public reports about reprisals in order to not put victims at greater risk of further retaliation. Such reports have instead focused mainly on trends, as illustrated by incidents listed below. In June 2018, the UN High Commissioner for Human Rights raised concern about ongoing reprisals against civil society in China in his opening statement to the 38th Session of the Human Rights Council. The UN Secretary-General’s 2018 reprisals report also identified the general trends of reprisal in China while noting a few individual cases. 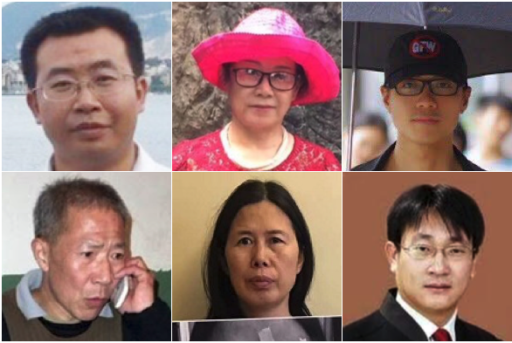 The following cases of detention or imprisonment involve individuals who had tried to attend or did attend trainings on international human rights and UN mechanisms; cooperated with UN treaty bodies, special procedures, or UPR; met with UN representatives; or promoted protection of universal human rights.

Overseas Activists & NGOs Targeted for Cooperating with the UN

Since 2013, the Chinese government has broadened its range of targets to intimidate and retaliate against international human rights activists and NGOs that seek to cooperate or have cooperated with the UN in the field of human rights. Dolkun Isa, vice president of the Unrepresented Nations and Peoples Organization (UNPO) and the president of the World Uyghur Congress, both non-governmental organizations, was denied entry into the UN headquarters in New York in April 2018. Chinese officials cited “security concerns” in requesting that he be blocked. Only after high-level diplomacy was Isa able to gain entry to participate in the UN activity a week later. Chinese representatives at the UN had also disrupted his participation at the same event the year before, a case included in the UN Secretary-General’s 2017 reprisal report. The incidents involving Dolkun Isa, an ethnic Uyghur and naturalized German citizen born in Xinjiang, are indicative of China’s aggressive efforts to silence and intimidate activists discussing human rights conditions at the UN.

There are other incidents where Chinese diplomats have interrupted activists or NGO representatives speaking during Human Rights Council sessions, or intimidated them by photographing or following them around the UN grounds. During the April 2014 HRC session, where Member States adopted the working group’s report on China’s 2nd UPR, China’s delegation interrupted a proposed minute of silence to commemorate Cao Shunli put forth by the Geneva-based NGO International Service for Human Rights.

In the past few years, the Chinese government has increasingly targeted CHRD and its international human rights trainings tailored for China-based HRDs seeking to promote universal human rights standards and participate in UN processes in the field of human rights. In 2016, CHRD released a report providing civil society assessments of China’s mid-term performance in implementing the 2nd UPR recommendations. A month earlier, and based on its assessment of China’s poor human rights record, CHRD released a statement calling for UN Member States to vote against China’s bid for a seat on the Human Rights Council in the October 2016 election. The Chinese government-controlled newspaper, the Global Times, immediately published a long article denouncing CHRD’s UN human rights programs, including trainings on civil society participation in UN human rights operations and efforts to engage in the UPR process and treaty body reviews.

CHRD staff members have faced serious intimidation and harassment in recent years. Staff members have received multiple anonymous messages that threatened physical assault and abduction at airports and forcible return to China. These threats were sent to CHRD staff members’ public work emails from fake email accounts. One email made it clear that the Chinese government was behind a police raid on a human rights training in Southeast Asia in 2017, where police briefly detained the organizers and participants.

In the spring and summer of 2018, repeated anonymous emails threatened CHRD with severe consequences if the organization held its planned trainings on UN human rights mechanisms. Such threats came less than a month before the UN Committee to Eliminate Racial Discrimination (CERD) reviewed China in August 2018, and only three months before China would undergo its third UPR on November 6. One such email, replete with abusive threats to abduct staff, came right after CHRD had released a study on criminal prosecutions in Xinjiang, which was based on information that CHRD had submitted to CERD this past July.

During the November 6 UPR dialogue with China, UN Member States must hold the Chinese government accountable for its acts of reprisal against Chinese citizens and international human rights NGO staff members who seek to cooperate or have cooperated with the UN in the field of human rights. It is completely unacceptable for China, a UN Member State and HRC member, to sponsor acts of reprisals, including police interrogation, banned travel, detention or imprisonment, torture, and threats.

All detained or imprisoned human rights defenders in China, who have promoted the protection of human rights through engaging with the UN, must be freed immediately and unconditionally.

The Chinese government must facilitate the development of a safe and enabling environment inside China, and help develop such an environment internationally, so that HRDs can operate without fear, obstruction, and threat when they seek to cooperate with the UN in the field of human rights.

The UN General Assembly and the Human Rights Council must take concrete measures to combat State-sponsored acts of reprisals against individuals seeking to cooperate or who have cooperated with UN human rights mechanisms. Countries with consistently poor records in the Secretary General’s annual reports on reprisals must be disqualified from running for election to the Human Rights Council.