September 1, 2015       Comments Off on The US Must Press China for Concrete Human Rights Gains before Xi’s State Visit 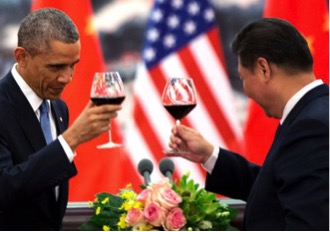 (Network of Chinese Human Rights Defenders – September 1, 2015) – Chinese President Xi Jinping’s state visit to the United States on September 24-25 comes at a time when his government is staging a ferocious crackdown against human rights lawyers. China’s overall human rights conditions have deteriorated since Xi took power in 2013. Xi has presided over the detentions and imprisonment of numerous civil society leaders, human rights activists, lawyers, and NGO workers, and overseen one of the most repressive periods in the post-Mao era for ethnic and religious minorities. Under Xi’s leadership, the government has pushed through new laws, draft legislation, and legal amendments that would legitimize political, religious, and ethnic repression and further curtail civil liberties.

Before Xi’s visit, the Obama administration has a high-level opportunity—and perhaps its last one—to put human rights firmly at the top of its agenda and exert some real pressure on the Chinese government to end its systematic rights abuses. Making China respect basic human rights and rule of law is critical to ensuring that China honors any commitments it might make to cooperate on issues of climate change, cyber-security, regional security, or currency manipulation. President Obama and Xi’s two previous summits—in California and Beijing—and the US-China Human Rights Dialogue (held in 2013 and 2015) have been accompanied by a rapidly worsening human rights situation. The bilateral dialogues may have ended with strong public statements by the US on China’s human rights problems, but, without substantive pressure, no improvements have come about as a result of these meetings.

The highly choreographed and symbolic gestures of a state visit only benefit Xi. The visit would boost his much-needed political legitimacy at home, while Chinese state media will censor any statement from Obama critical of China’s human rights. The visit also will send the wrong signals to China’s embattled human rights communities and persecuted ethnic and religious groups. They have paid a heavy toll under Xi for their efforts to strive for social justice, rule of law, freedom, equal respect, and dignity. China’s human rights defenders and victims of rights abuses are in urgent need of a strong show of moral support from democratic nations and human rights stakeholders around the world.

In interviews conducted by CHRD last week, dozens of activists and lawyers in China told us that they believe Xi’s US visit should not proceed as scheduled unless the Chinese government meets certain preconditions, including releasing the detained lawyers, who have been held for nearly two months, and granting amnesty to a significant number of prisoners of conscience.

“This is an opportunity for the US government to show its support for human rights and rule of law [in China],” one lawyer said. “The US should call on Xi to immediately release all detained lawyers and human rights defenders, immediately halt the intense suppression of NGOs, stop religious persecution, and end repressive policies towards ethnic Tibetans, Uyghurs, and other minority groups.”

Another lawyer added: “The US should send a clear signal to China and cancel the summit unless there are improvements to the human rights situation.”

“If the White House lays out the red carpet for President Xi, it sends a clear message to China’s human rights activists that our journey will only become increasingly more arduous,” another lawyer told CHRD.

“The whole world can see that Xi’s record on human rights is getting worse,” said one activist, “and the Obama administration shouldn’t turn a blind eye to what’s happening.”

“Without substantial improvement before the visit, it will hurt Chinese civil society, and harm America’s image and strategic interests,” another activist said.

“We’ll be sorely disappointed if the Obama administration doesn’t exert significant pressure on Xi. The Chinese government’s persecution of civil society actors is full of blood and tears, with so many families torn apart,” said another lawyer.

In social media platforms used for discussions among rights lawyers and activists, many have posted similar messages that largely support these views and sentiments.

Since Xi assumed the presidency in March 2013, he has rolled out one crackdown after another:

Since Xi’s presidency began in March 2013, CHRD has documented more than 1,800 cases of arbitrary detention and torture of human rights defenders, not counting ethnic minorities and members of persecuted faith groups who have also been subjected to mistreatment.

Under Xi Jinping’s rule, torture remains endemic in Chinese detention centers and prisons. Despite legislation introduced before Xi came into power to make it easier to exclude evidence acquired from torture, authorities have not taken concrete steps to end impunity for torturers. Measures to prevent torture, like access to legal counsel or notifying families of detainees’ whereabouts, have been systematically deprived, and lawyers have been increasingly targeted for challenging such abuses. Though the government under Xi formally abolished Re-Education Though Labor (RTL), the thousands of victims of the abusive system have never been compensated and several female victims of the notorious Masanjia camp have been jailed for seeking justice. Four individuals involved in “sensitive” cases are known to have died in detention in the past two years, including activist Cao Shunli (曹顺利), Tenzin Delek Rinpoche and at least two other Tibetans. There has been no independent investigation into their deaths.

One particular form of torture that is of urgent concern is the Xi government’s retaliation against human rights defenders by depriving medical treatment in custody. Dozens of detainees and prisoners of conscience with serious health problems or suffering from the effects of torture have been systematically denied adequate treatment and requests for bail or parole on humanitarian grounds. Those who need urgent medical treatment include veteran journalist Gao Yu (高瑜), who was handed a seven-year prison sentence in April 2015, and rights lawyer Pu Zhiqiang (浦志强), who has now spent 15 months in pre-trial detention.

In addition, changes in the country’s laws have raised particularly serious concerns. Under Xi Jinping’s leadership, China has enacted a new National Security Law, adopted amendments to the Criminal Law, and introduced several draft laws—the Counter-Terrorism Act, the Overseas NGO Management Law, and the Internet Security Law. All of these pieces of legislation are attempts to legitimize ongoing restrictions on speech, religion, and escalating suppression on civil society. The UN High Commissioner for Human Rights has criticized the National Security Law, saying it “leaves the door wide open” for more restrictions on human rights and civil society. These moves run counter to a recent resolution by the UN Human Rights Council, where China holds a membership seat, that call on Member States to stop targeting civil society in the name of counter-terrorism, NGO management, and national security (UN HRC 27/31).

The Obama administration can still leave a legacy for having taken a strong position against the Xi government for its abysmal human rights record, even though its first clear pronouncement suggested a different stance. In 2009, then-Secretary of State Hillary Clinton told reporters that the topic of human rights should not interfere with economic, climate, or security concerns in high-level talks with Chinese leaders during her trip to China. President Obama has publicly stated his belief in the principles of universal human rights—as he congratulated his Nobel Peace Prize Laureate successor, Liu Xiaobo (刘晓波), and more recently during his 2014 state visit to China. However, Obama has yet to live up to a vow, made in his 2009 inaugural speech, that he would only extend a hand to corrupt regimes silencing dissent if they unclench their fists.

Between now and the scheduled Xi visit, there is a brief window of opportunity for the Obama administration to use the leverage of a state visit to press for several concrete and substantive gains on human rights: